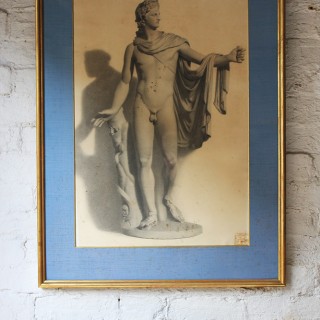 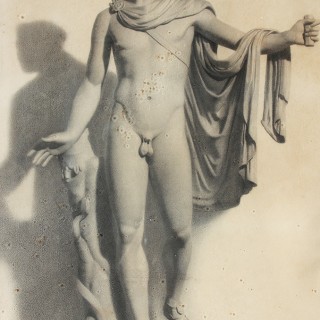 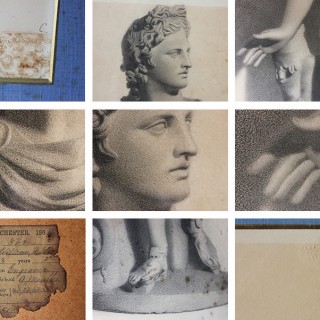 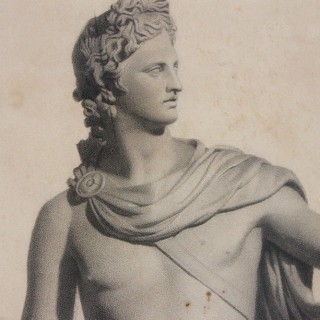 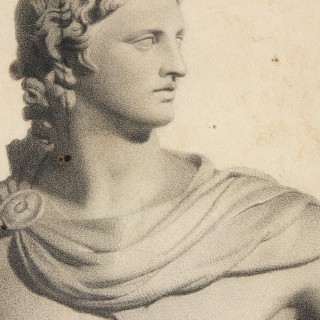 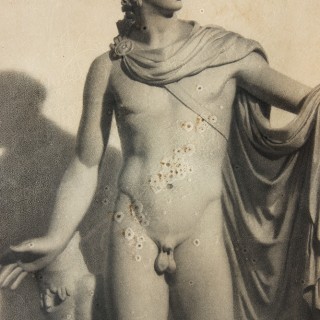 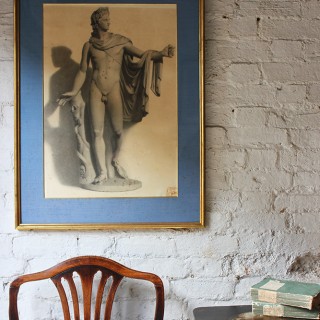 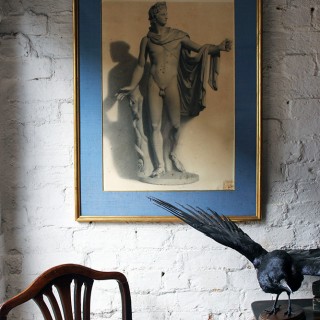 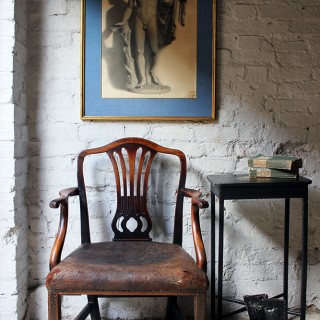 A Very Fine c.1864 Pencil Study of the Apollo Belvedere

The condition of the drawing is fair. There is darkening and yellowing to the paper and noticeable foxing throughout so the picture does appear in aged condition though there are no tears, rips or attempts at restoration or cleaning. The frame and inset mount are probably mid/late twentieth century.

This drawing depicts the statue called Apollo Belvedere (7.3 feet high), a Roman copy of a lost bronze original dated c. 350-325 BC by the Greek sculptor Leochares. The figure represents the Greek god Apollo after his defeat of the serpent Python using a bow and arrow. The figure’s taut muscles indicate that he has just released the arrow.

The Apollo Belvedere, or Pythian Apollo, has inspired artists’ anatomical learning since its rediscovery in the 15th century. The figure’s contrapposto pose, a standing position whereby the figure has most of its weight on one foot so that its shoulders and arms twist off axis from the hips and legs, has been endlessly copied ever since by artists interested in giving their figures greater animation. Albrecht Dürer used the pose in his 1504 engraving of Adam and Eve.

A very accomplished study by a more than capable young artist of the time, which must have yielded very high recognition and opinion of his talents and prospects. Worth further research.

A Very Fine c.1864 Pencil Study of the Apollo Belvedere