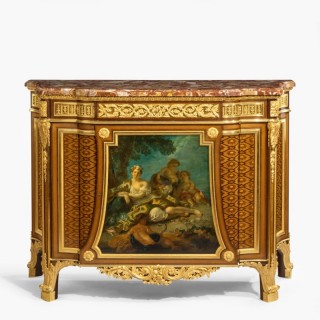 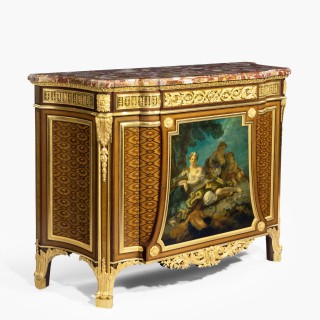 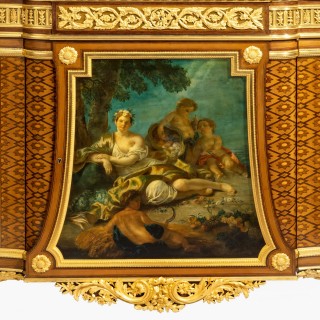 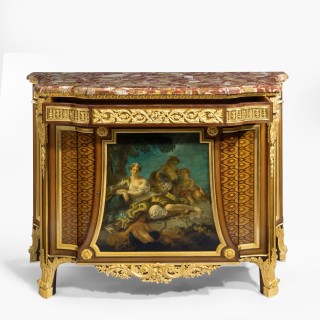 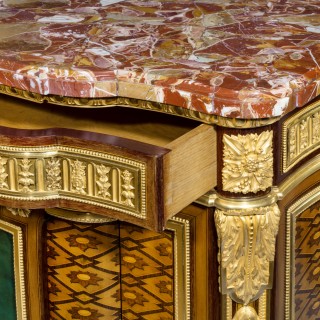 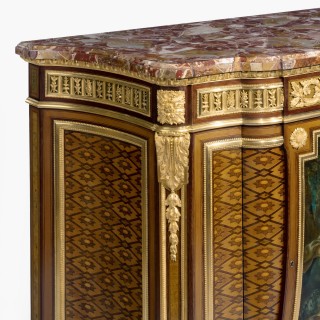 After a model by Jean-Henri Riesener, supplied to Marie-Antoinette for Versailles. Constructed in a finely patinated harewood, with Brèche d’Alep marble platform, atop a breakfront frieze, set with a drawer in the apron, over a unified central painted panel within a gilt-bronze frame enclosing a shelved interior, flanked by panels of foliate parquetry. The apron is mounted with finely cast acanthus and the scroll-mounted legs on block feet. The concave sides are set with trellis marquetry. Signed and dated “Henry Dasson, 1879.”
French, 1879

Regarded at the time as one of Riesener’s masterpieces, several copies were made in his workshops, and examples may be seen in Waddesdon Manor, The Getty Museum, and Versailles, inter alia.

Dasson began his career as a bronze sculptor, and his work is renowned for the fine quality of the metalwork, utilising the designs of the ancien régime, and adapting them to conform to the needs of the times. He partcipated at the Expositions Universelle in 1878 receiving the laudatory critique of Louis Gonse, the Parisian arbiter of bon ton and quality,