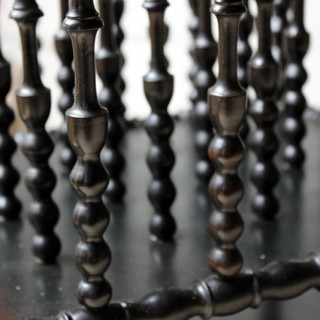 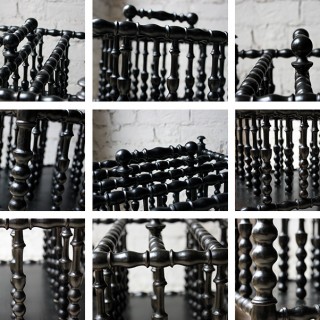 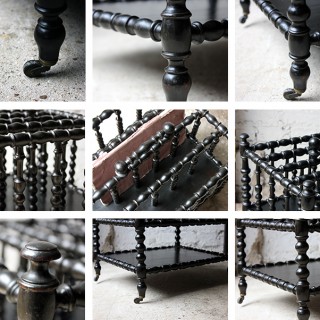 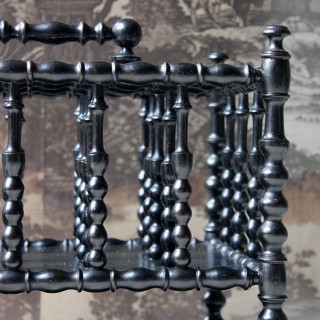 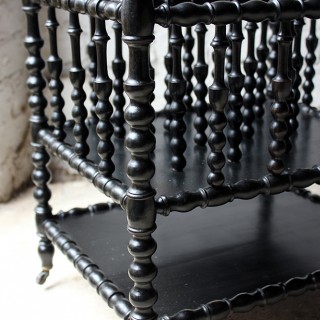 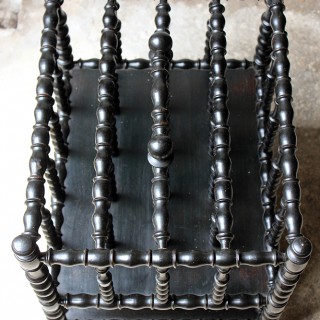 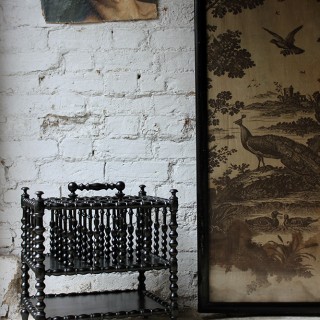 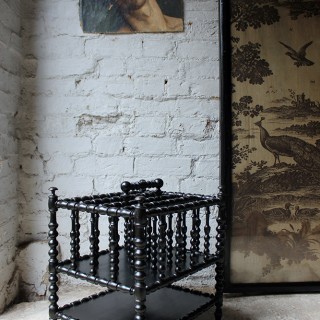 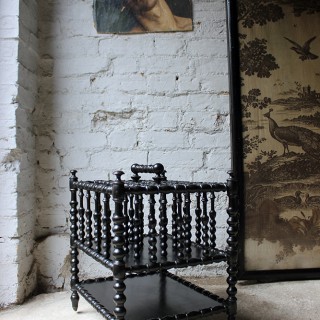 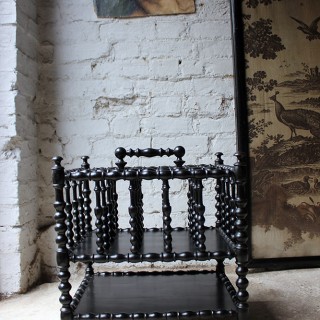 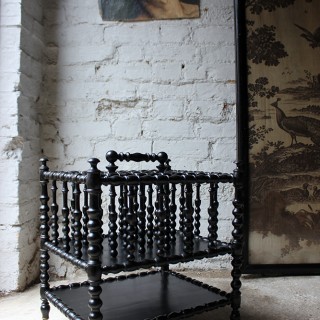 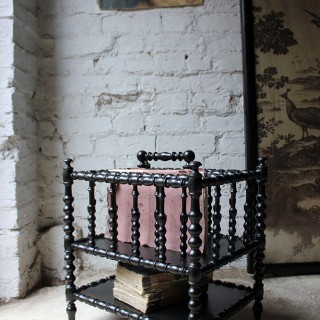 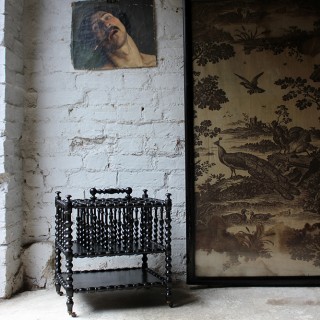 The beautifully sculptural ebonised canterbury having four divisions with an all-over bobbin-turned frame on spindle supports, with central handle, the under-shelf with matching border, on turned legs with brass and wooden swivel castors surviving from nineteenth century France.

Canterbury’s are named such due to the fact that when they were developed in the 1780s in England the Archbishop of Canterbury commissioned one. Canterbury’s are essentially pieces of portable, occasional furniture, consisting of an open-topped rack with slatted compartments, originally for sheet music and music books, though now more commonly used for magazines or newspapers. The canterbury grew increasingly ornate throughout the 19th century: with Victorian pieces often have an upper galleried shelf like this one, and panels shaped like lyres or treble clefs.

Popular in mid-nineteenth century England, bobbin turning showcased the wood turning skills of craftsmen of the era and this piece shows many many individually turned pieces.

In superb condition this is high Victoriana yet somehow ultra modern. Beautifully designed and realised.

The canterbury is in very good condition both structurally and aesthetically, and there are no flaws to report aside from losses to two of the original castors. There is wear and light fading to the ebonized finish to the extremities as you would expect but the wear is light and the overall patination is pleasing.