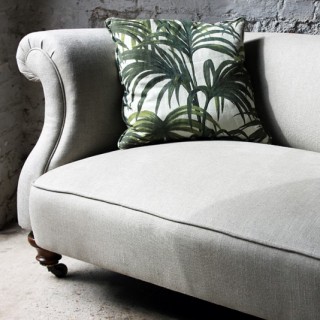 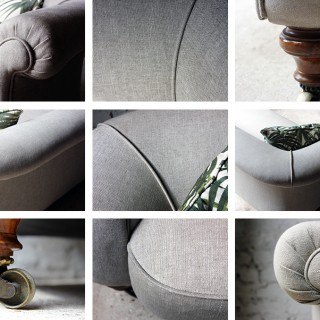 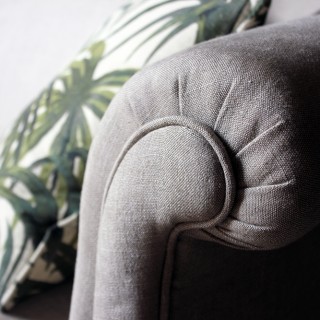 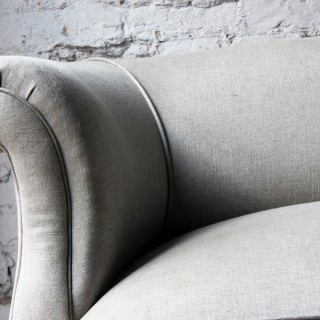 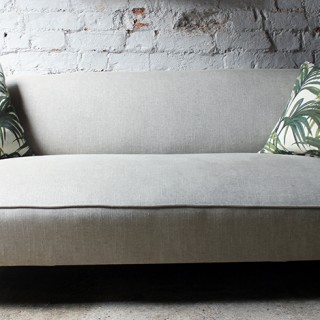 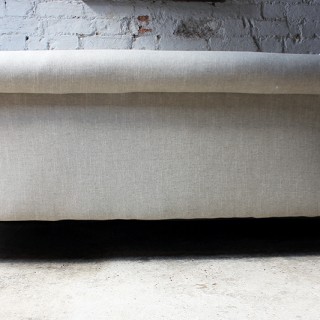 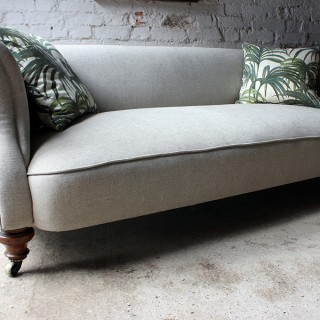 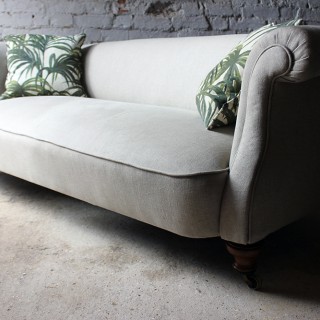 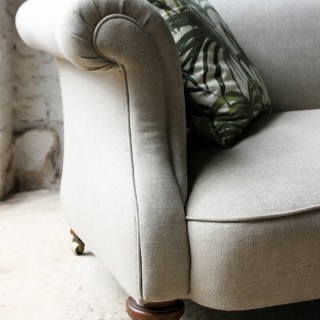 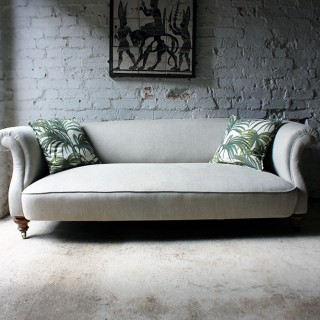 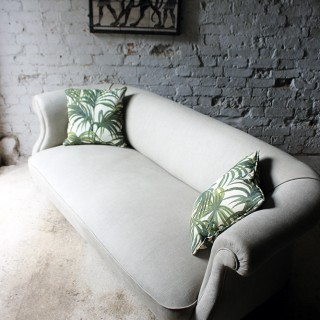 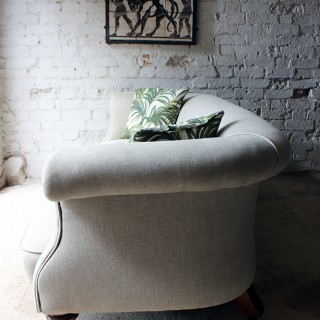 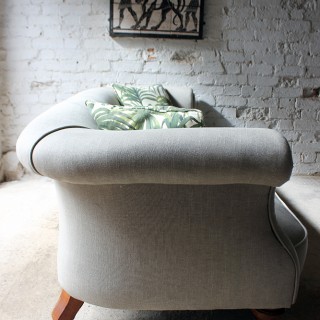 The very well made substantial three-seater walnut and beech framed chesterfield sofa or settee freshly upholstered in Tuscan linen with single piping, being horsehair stuffed, the whole sitting on ring turned walnut front legs and sabre rear legs, each on the original brass castors (one now replaced to porcelain) with brass gadrooned rings, the whole attributed to the workshops of Holland & Sons, survives from late Victorian period England.

This settee was one of a pair and the other in the pairing was stamped with the Holland & Sons mark, though this one has no marks, it is very likely it is by the reputable firm. Originally founded in 1803 by Stephen Taprell and William Holland, a relation of the architect Henry Holland, the firm of Holland & Sons soon became one of the largest and most successful furniture making companies in the 19th Century. The firm worked extensively for the Royal Family, being granted the Royal Warrant early in the reign of Queen Victoria, hence taking a leading part in the decoration and furnishing of Osborne House, Sandringham, Balmoral, Windsor Castle and the apartments of the Prince and Princess of Wales at Marlborough House. Holland and Sons also worked extensively for the British Government, for whom they executed over three hundred separate commissions, including the Palace of Westminster, the Victoria and Albert Museum, and oversaw the State funeral of the Duke of Wellington. Among their private commissions the firm produced a celebrated suite of bedroom furniture for the late Sir Harold Wernher at Luton Hoo. The firm remained under family control until it closed in 1942.

Chesterfield sofas share a complex history, alongside the elite, the privileged and aristocrats. History reveals that these types of couches have been commonly used in the confines of old institutions, government buildings and luxurious homes for generations. A room, in the 1900’s, would not be complete, unless the master owns a Chesterfield sofa. The proper definition of a Chesterfield is essentially a sofa with the arms and back at the same height.

Elegance, quality and understated class are all very much the themes here, oh and it’s comfortable too.

The Tuscan linen upholstery is fresh and in immaculate order and has been traditionally upholstered to the highest level with the best materials. The sofa does not require any attention and the castors appear to be original, with the exception of one of the rear ones, which is in porcelain, with the sofa moving freely on them. It is more comfortable than any other chesterfield we have had.