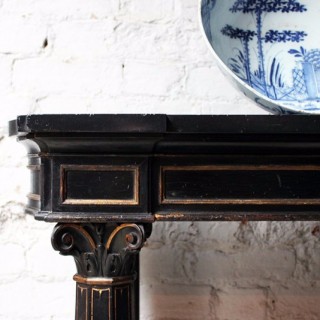 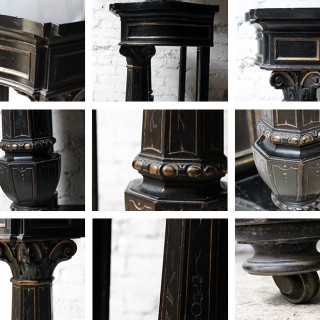 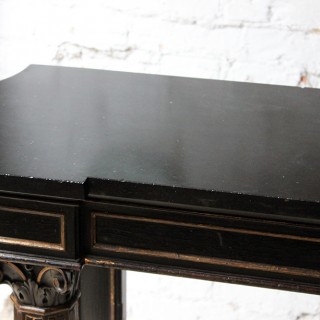 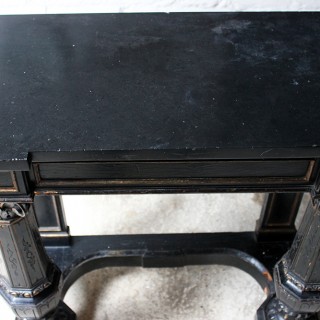 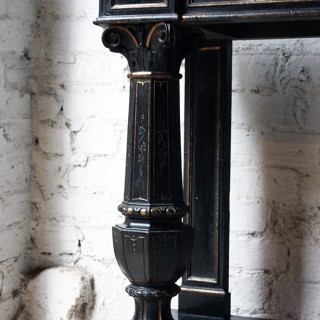 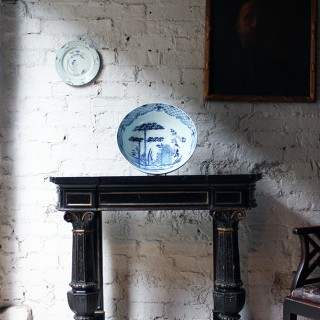 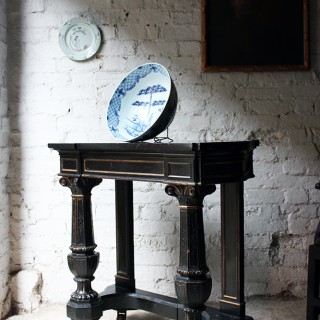 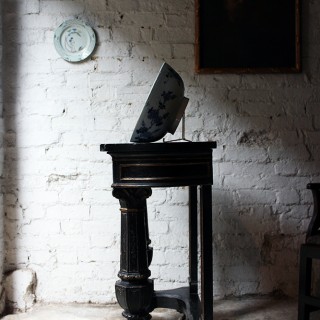 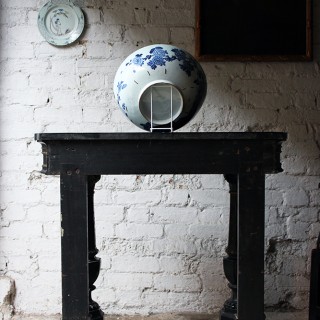 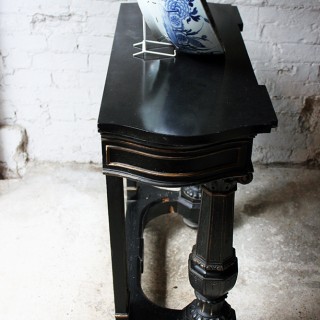 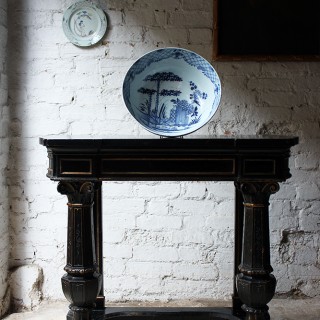 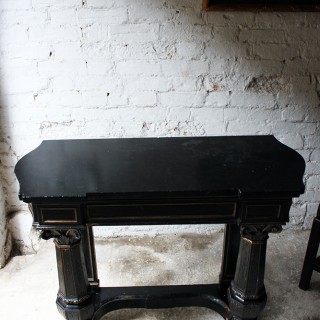 The ebonised console table, of aesthetic movement influence, with a breakfront slate marble top over octagonal Ionic baluster columns, the whole being parcel gilt decorated and sitting on large brass castors survives from the third quarter of nineteenth century England.

The table does have aesthetic movement influence to its design with the fluted parcel gilt elements and the octagonal shapes to the columns. The aesthetic movement can be seen as the bridge to the arts and crafts style. It often had formalised, restrained ornamentation, and was heavily influenced by Japanese decoration, knowledge of which flowed to the West in the nineteenth century through oriental imports. It rebelled against the lavish ornamentation and over-embellishment of the high Victorian period, and sought a purer, more precise level of expression.

A versatile piece, rare for its type, with a very strong and intense stage presence.

The table hasn’t had any restoration to note and is presented in fair to good overall order. There are two sections of loss to the ebonised veneer on the base, and some old worm to one one flank of the table, to the baluster column and foot. One of the heavy castors is a later replacement. The top appears to be original and has a nice patina with marks, knocks and small losses to the whole giving it a decorative appearance. The whole is sturdy and can be used quite happily as is or could be put through some light restoration if so desired.