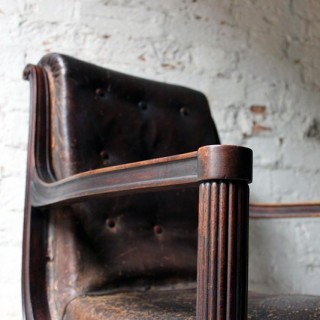 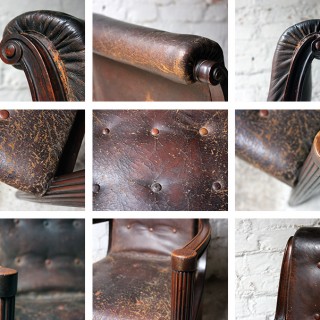 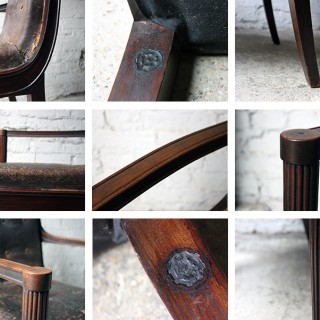 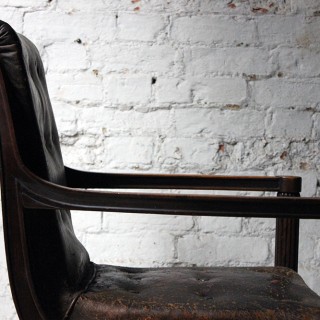 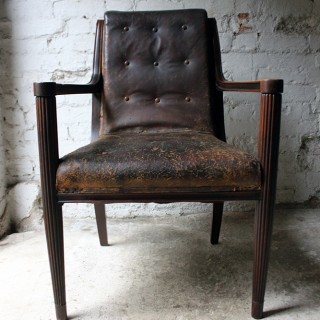 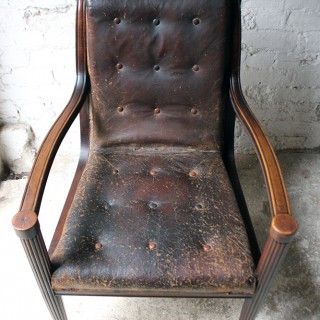 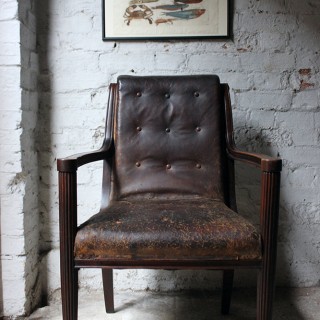 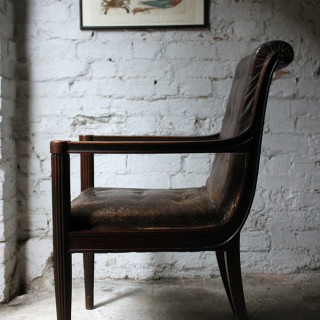 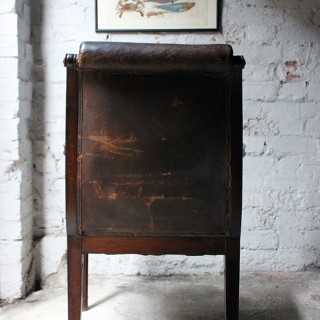 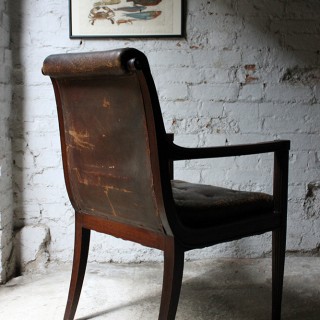 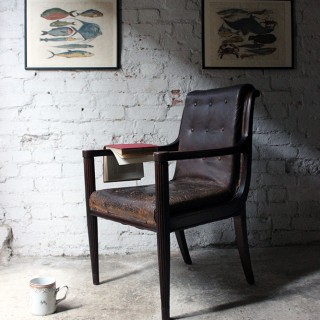 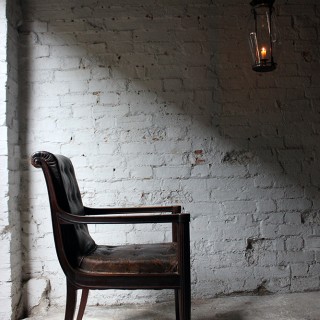 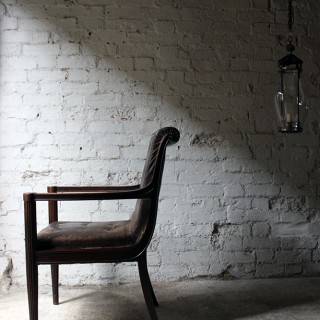 Of Directoire influence, the stylish and well made walnut desk or armchair with reeded neoclassical type circular front tapering legs and rear sabers, to slender moulded arms to a curved back terminating in scroll mounts and the original leather button-back upholstered seat, the rear legs having two unusual stamped house or inventory marks, the whole surviving from the zeniths of nineteenth century France.

There are two interesting marks to both of the rear legs in the form of cartwheels which would have either been for the house they were made or perhaps for an inventory rather than a makers mark.

This chair certainly has early nineteenth ‘Directoire’ century influence to it with it being slender, elegant and yet still strong. It also shows some early twentieth century influence with the straighter cleaner lines of the arms and as such is a pleasing mixture of styles.

The chair is in very original condition with all of its components surviving with no restoration to note. We have given her a light wax to bring out the wonderful colour and patination in the wood. The original leather upholstery to the seat is a little tired but in the right areas and remains in tact as one piece. She remains stable and sturdy for everyday use.