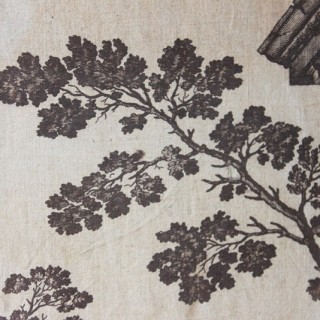 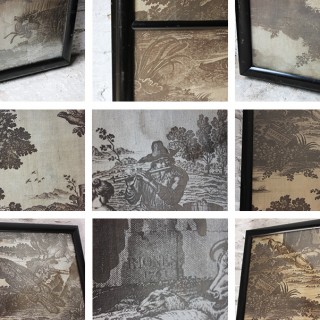 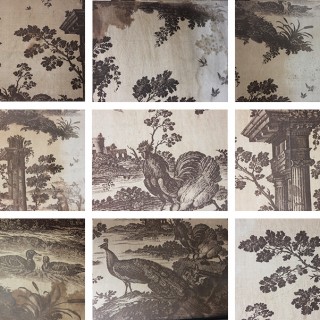 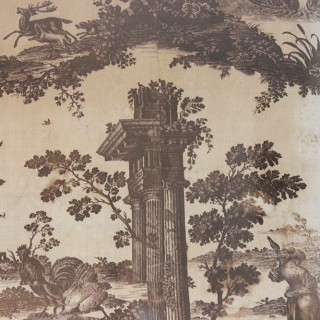 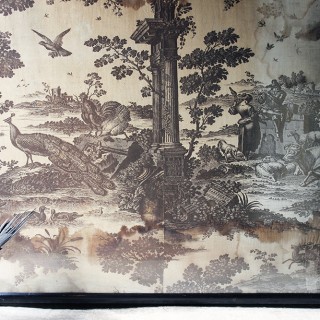 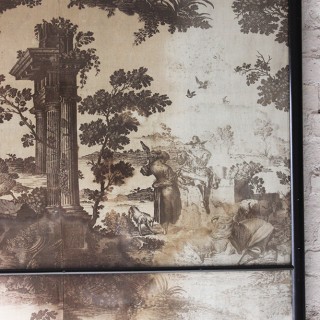 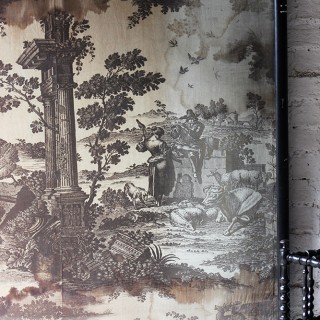 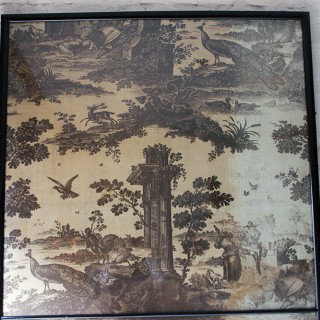 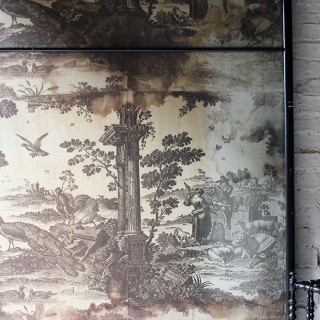 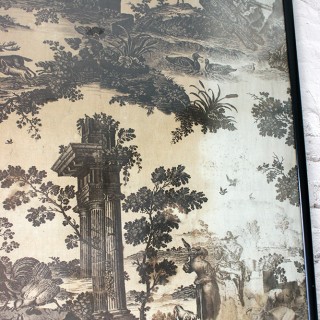 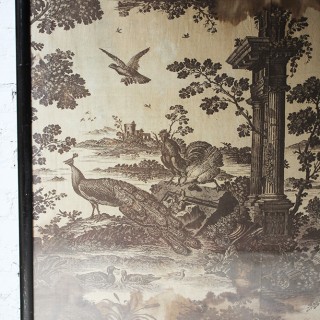 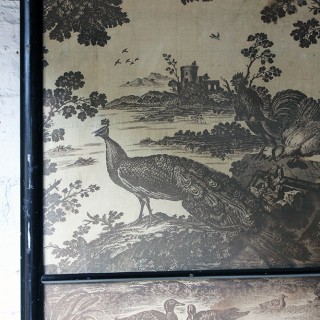 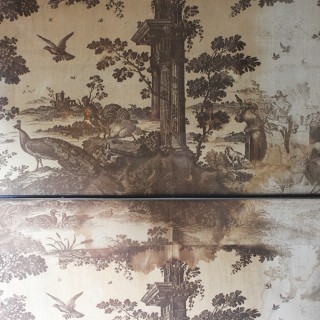 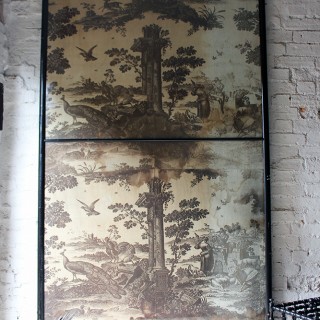 The linen and cotton chintz ‘Toiles de Jouy’, consisting of four matched sections, printed from engraved copper plates and wood blocks and hand painted, probably by Robert Jones, showing a date of 1761, later mounted in a large ebonised and glazed frame, split into two sections with a horizontal division, the whole standing at over eight feet high, surviving from the middle of the eighteenth century and the beginning of George III period England.

This pattern appears in the book ‘Old English Chintzes and Printed Linens’ reproduced by F W Phillips, and is seen in ‘The Manor House’ at Hitchin, Herts, on page.37, for a copy signed 1761 and copied from the original piece at Hitchin. This particular pattern was originally printed by Robert Jones in 1761 and this section is most likely by the very same.

Toile de Jouy, ( French: “fabric of Jouy”, ) also called Jouy Print, was cotton or linen printed with designs of landscapes and figures for which the 18th-century factory of Jouy-en-Josas, near Versailles, Fr., was famous. The Jouy factory was started in 1760 by a Franco-German, Christophe-Philippe Oberkampf. His designs were printed originally from woodblocks alone but from 1770 from copperplates as well, this innovation having been anticipated in England in 1757. English printed cottons of similar subjects, such as those of Old Ford, c.1760–80 as we see here, had a parallel development and achieved standards as high as Jouy; the term toile de Jouy has come to be used loosely for the Jouy type of printed cottons produced in England and at other French factories. A strong, if limited, vogue for them in upholstery and wallpaper continued.

The textile does have issues to it, which one would entirely expect of fabric this age. There is spotting to some areas and colour run to one central area, which is probably old damp damage. The bottom right corner has a patched area. Please see photographs for visual reference. The thick ebonized frame has knocks and marks to it though nothing major and the glass is thick and of high grade. The frame overall is a good quality robust mount for the fabric with the back of the panel having been secured with boards to provide more stability so the whole is rather heavy.