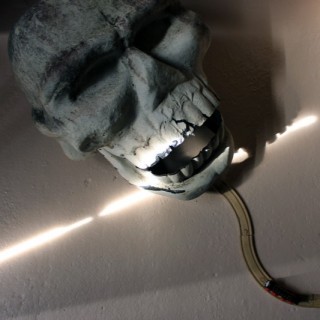 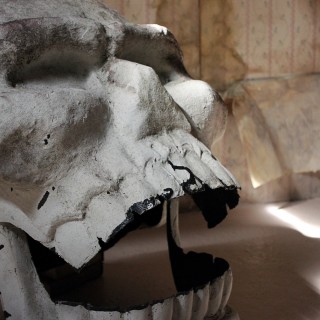 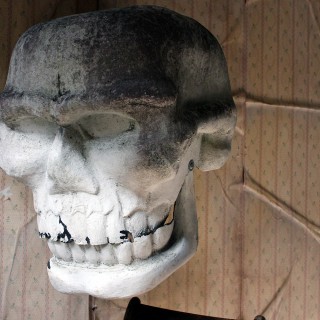 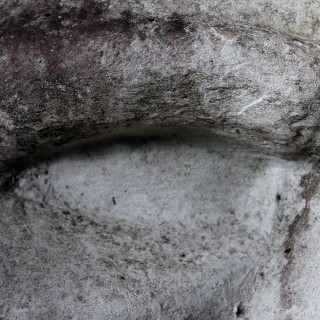 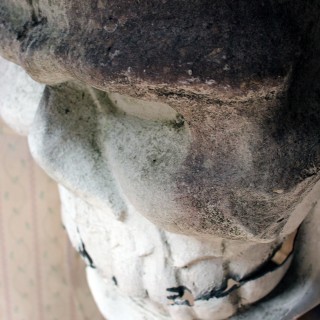 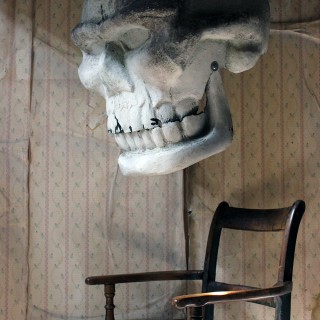 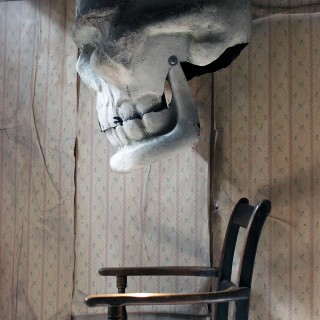 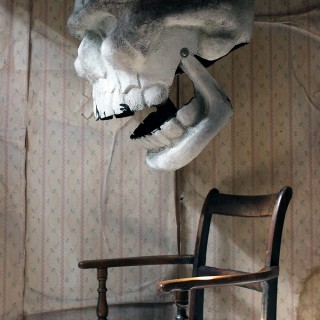 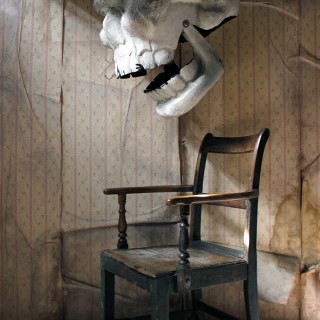 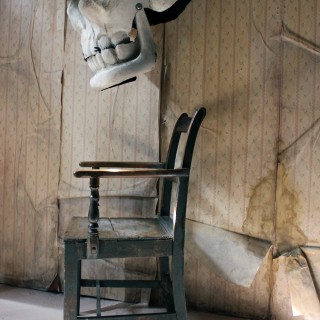 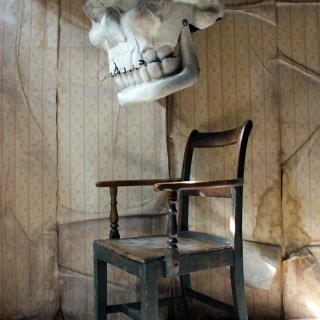 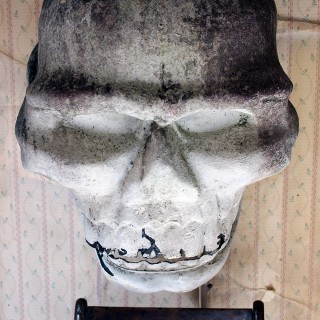 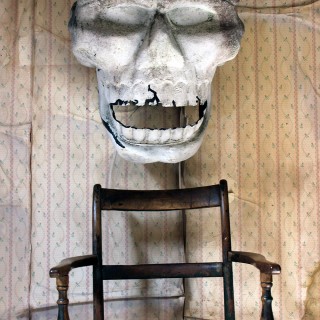 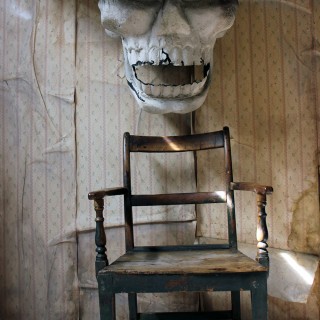 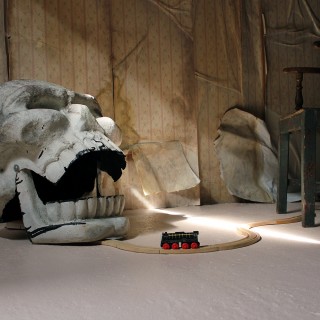 The oversized painted fibreglass human skull with hinged jaw, hailing from a fairground ghost train ride, and surviving from the middle section of the twentieth century.

The first physical manifestation of a Ghost Train ride appeared in 1930, designed by Joseph Emberton. As it is today, it was essentially a box car on a single rail travelling on a winding route with things to look at along the way. The first fairgrounds featured cinematographs, ghost shows and marionettes booths which were replaced by novelty booths, ghost trains, dancing girls and boxing academies. By the 1970s ghost trains, fun houses and haunted houses had replaced the fat boy, the lion faced lady and the freak animals.

It’s time to take a dark ride across haunted borders.

The condition is nigh on completely original with no over cleaning or restoration to the paintwork. There is flaking and some black paint splatters as pictured. The hinged Jaw is still operational.