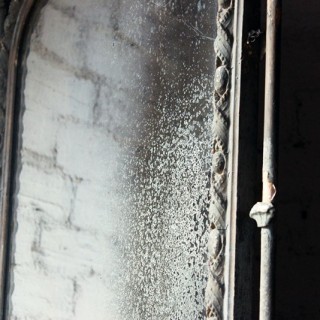 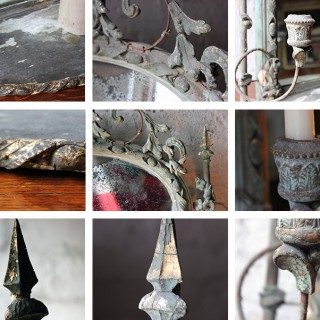 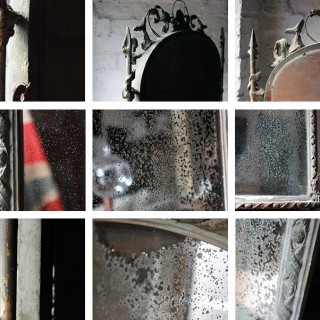 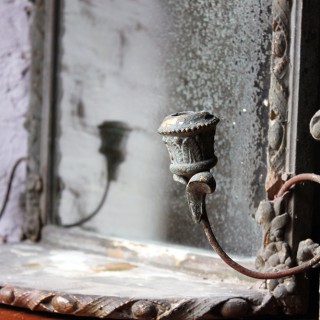 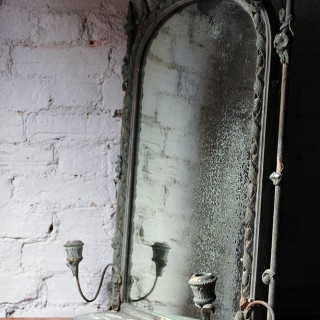 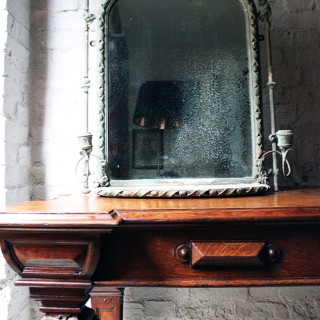 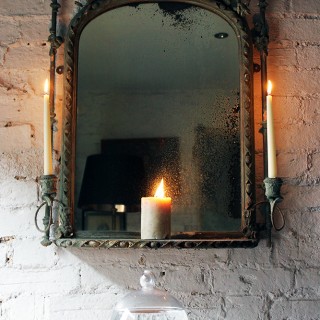 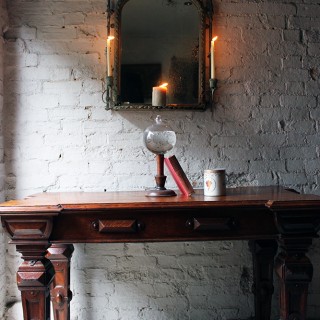 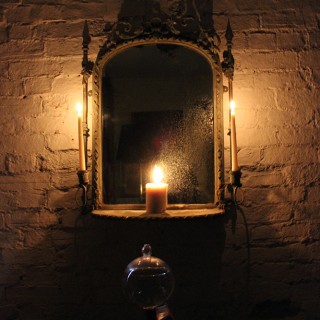 The early Victorian gilt gesso girandole, having a shaped outline centred by rococo style shells and scrolls, with a cup and bowl geometric design, set with metal sconces, flanked by spears, on a bow front shelf apron base, the whole originally gilded and then slightly later painted with a very well established patination and texture, is presented in attic condition.

The girandole has just about as much character and patination as you could hope for without being too far gone. Structurally she is delicate but her beauty lies within this attribute. The mirror plate is wonderfully foxed but still useable and whilst there are losses to the gesso particularly to the top ornament the whole remains an attractive entity as a whole. The gilt has a slightly later painted finish over the top meaning there are glimpses of gilt throughout making it particularly decorative. There are mounting brackets for wall mounting and some metal brackets to the lower shelf by way of support. She remains useable though still, beautifully untouched.

A girandole is an elaborate wall bracket incorporating one or more candleholders and frequently a mirror to reflect the light. An object of luxury, it was usually embellished with carving and gilding. Although the name is Italian in origin, girandoles reached the greatest heights of fashion (in the second half of the 18th century) in France and England. At the beginning of this period they represented the most exuberant expression of the Rococo.

The English cabinetmaker Thomas Chippendale illustrated examples in the Gothic and Chinese taste in The Gentleman and Cabinet-maker’s Director in 1754. Ruined arches, Chinese temples and pagodas, Greek columns, scrolls, fountains, waterfalls, foliage, and animals were popular motifs. More restrained and delicate designs were used during the Neoclassical revival of the late 18th century.

We’ve named this Miss Havisham’s mirror; it could have come straight out of Satis House itself.