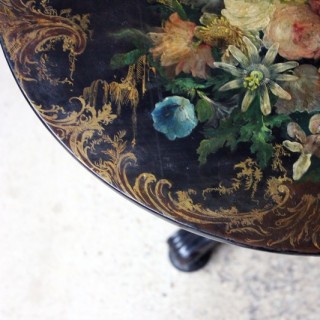 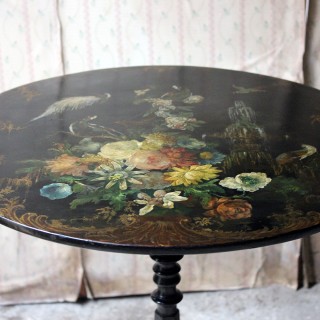 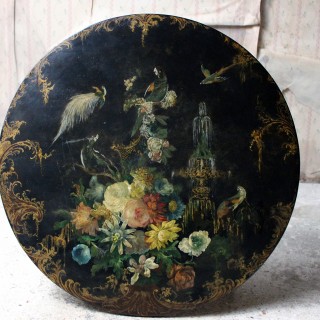 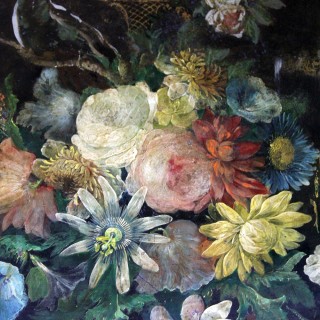 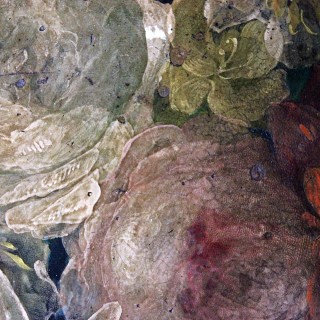 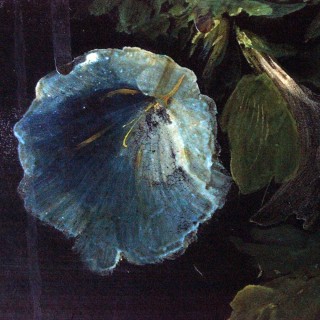 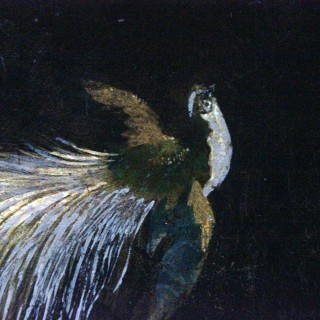 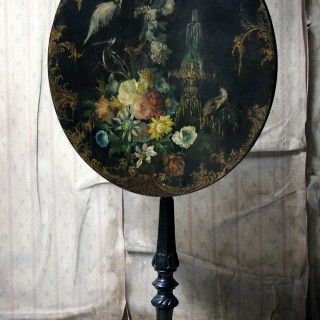 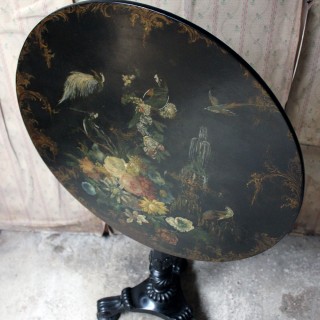 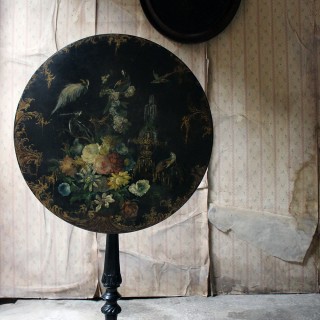 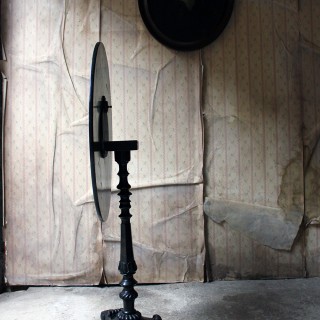 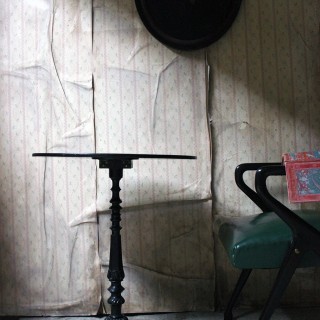 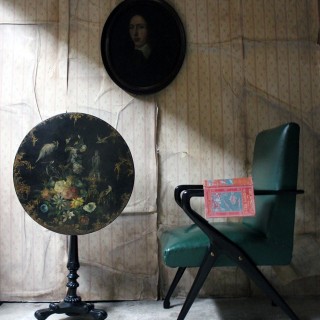 The attractive early Victorian period black lacquered, gilt and polychrome decorated pedestal occasional or wine table, largely of papier-mâché construction, The hinged circular top being beautifully painted with a central floral bouquet of flowers to birds, a fountain, and gilt trellis border, on a turned column and raised on trefoil feet, surviving from the second quarter of the nineteenth century.

It is quite possible that this table was made by Jennens and Bettridge aka Aaron Jennens and T.H. Bettridge (fl. 1815-1864) who are the name most people associate with this period and were highly regarded for producing quality papier mâché wares. The Birmingham company had shops in New York as well as London; producing some of the finest papier mache items of all time and many are now prized collector’s items or museum pieces today.

Papier-mâché itself became an industry in England in 1772 when Henry Clay of Birmingham took out a patent for its making. The process for making papier-mâché furniture was achieved either by pasting multiple layers of paper over shaped cores, or by pressing paper pulp between dies or molds to form a variety of shapes. Once dried, the resulting raw material could be carved and polished and was intended to be japanned and inlaid. The black lacquer on this table was made up of amber, linseed oil, resin and asphaltum (thinned with turpentine this was a bitumous substance from the Dead Sea).

“Among the many inventions of modern times for diffusing the luxuries, and even the conveniences of life, there are few which have greater claims to our admiration than papier-mâché. Whether it meets the eye in the shape of furniture, or in articles of domestic utility, its beauty and agreeableness are equally striking and effective. Nor is it less so when applied to ornamental purposes” – The World In Its Workshops, by James Ward, 1851.

A work of art or a piece of furniture? Both, actually.

The table has obviously been in use and as such the top has signs of wear, though it makes for a decorative piece as it appears lived in, please refer to the photographs for a visual reference. All of the components of the table are true and original with no later replacements. This type of table always see some looseness and movement to the top due to the mechanism and the material used, and so she can be used, but only lightly. There is one circular cabouchon lacking to one of the feet.

in the manner of jennens and bettridge