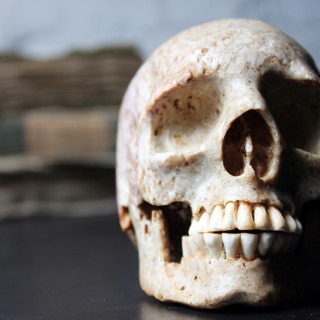 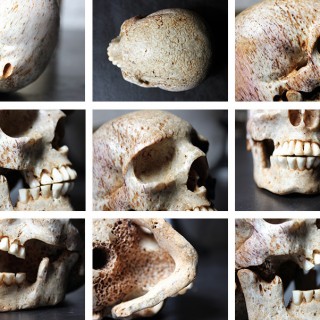 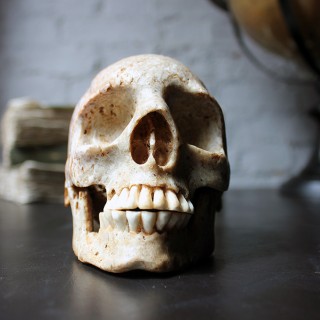 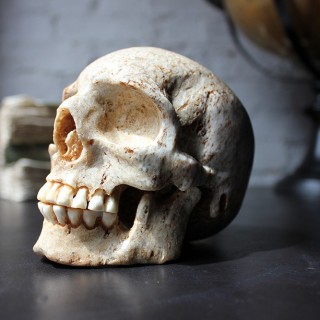 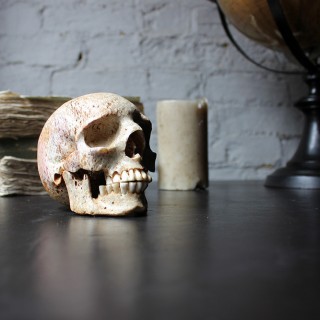 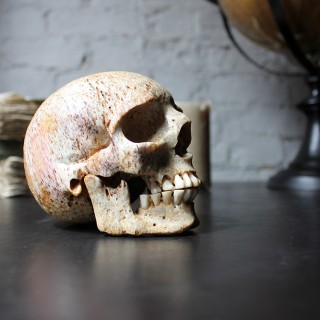 In original condition the sculpture is in super order. There is a bored hole to the base which would have been made for a display stand rod. The articulation is in working order and the teeth are all sound. The whole has a super patina making it tactile.

This piece was possibly created on a New England whaling ship and its meticulous creation would have helped pass the long hours at sea. Whale bone was ideally suited for the task, as it is easy to work and was fairly plentiful. Charles Darwin owned a whalebone walking stick with a skull pommel in ivory with green glass eyes but this is something entirely different. We cannot find anything else like this that has combined human and animal elements in this way. This piece is also somewhat of a ‘mememto mori’ or a ‘reminder of death’, essentially carved to remind the viewer of their mortality and of the brevity and fragility of human life in the face of God and nature.

There is an abundance of questions that this object asks the viewer which makes it utterly captivating: who crafted this? whose teeth were these?, what was the relationship between the sculptor and the contributor(!) of the teeth? Perhaps they were enemies and came to blows, or maybe they were related and this was an act of love. They could have even been strangers….. or maybe these were the sculptors own teeth! …Just how did they come to be set into a whalebone model of a human skull? The skill involved and indeed the sheer man-hours of carving at play here is overwhelming.

A curiosity of the highest wonderment.