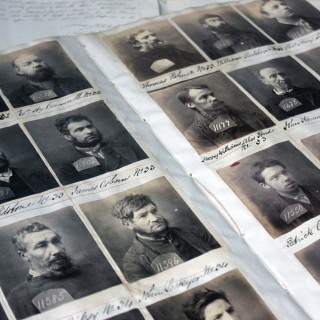 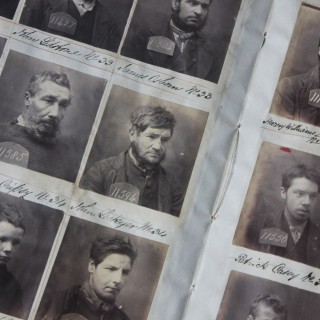 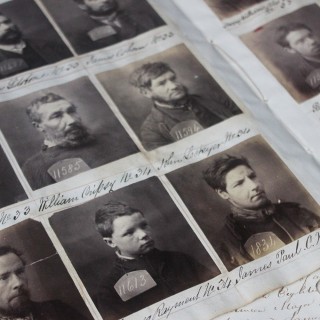 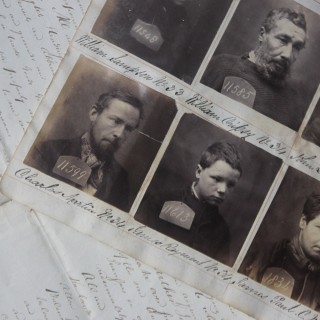 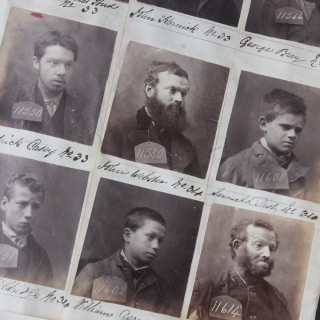 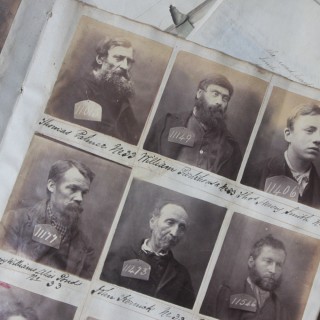 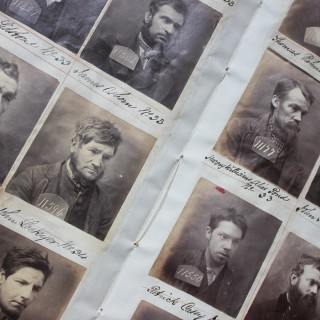 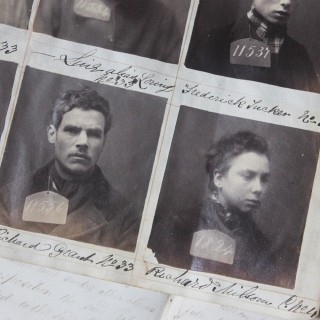 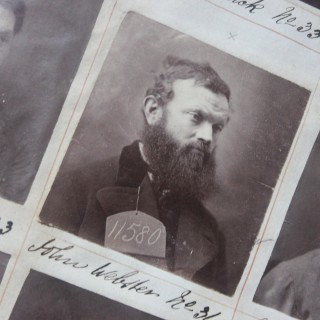 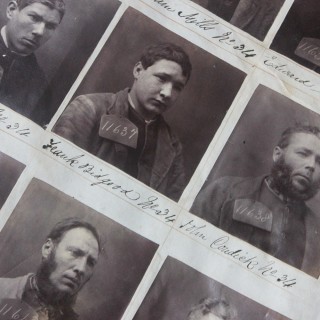 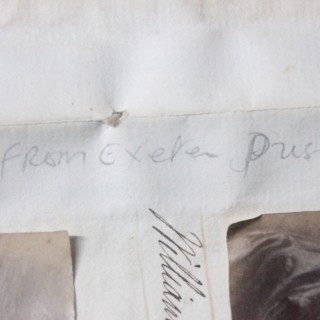 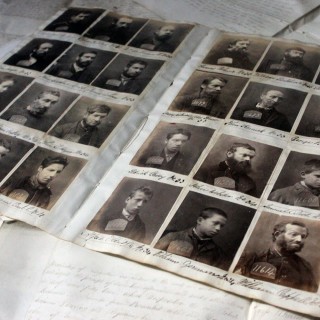 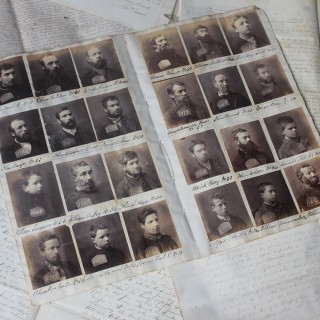 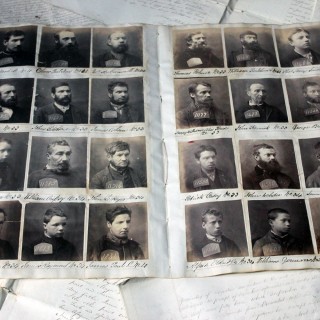 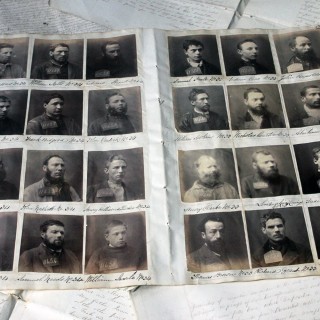 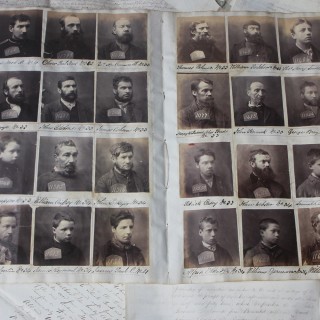 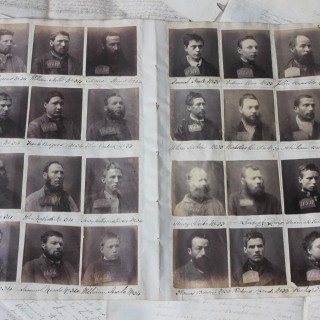 Hailing from the third quarter of the nineteenth century, the very scarce four sided leaf of forty-eight mugshot photographs, to include five minors, from an Exeter Gaol administrative ledger being pages 36-39, showing each prisoner via a pasted down silver paper gelatin portrait photograph, a numbered plaque hanging from their collars accompanied with their name handwritten in ink beneath, and with the pencil inscription ‘From Exeter Prison’ handwritten to one edge, surviving in-tact from Early Victorian England.

The current Exeter prison was built in 1853, and is of a typical Victorian design, by local architect John Hayward and was based on the plan of the model prison at Pentonville, with four residential wings. The prison has been the setting for many executions. Of particular note is the attempted execution of John Babbacombe Lee in February 1885. Three attempts were made to carry out his execution. All ended in failure as the trap door of the scaffold failed to open. This was despite the fact it had been carefully tested by James Berry, the executioner, beforehand. As a result, Home Secretary Sir William Harcourt commuted the sentence to life imprisonment. Lee continued to petition successive Home Secretaries and was finally released from Exeter prison in 1907. After the last execution at Exeter Prison in 1943, the gallows were taken down and shipped to Jersey where they performed their grisly task one more time in the 1950’s.

The full list of the 48 prisoners is as follows:

Although extensive research is required for each inmate, we have found one for John Lockyer reading;

D/sleeping in the back premises of complainant

Mugshots were originally created because written descriptions were unreliable. A governor at the time these shots were taken said of the new method; “’Photography as an agent in discovering the antecedents of criminals, especially tramps and strangers, is unquestionably a very useful auxiliary and in my opinion should be brought into prison use generally.

Some experts say that the first photographs used for law enforcement were probably taken of prisoners in Belgium in 1843 and 1844, possibly so that the prisoners could be identified if they committed other crimes after being released. By 1857 the New York police had adopted the practice, opening a gallery so that the public could come in to see the daguerreotypes of “hookers, stooges, grifters and goons. “They offer a rare insight into the lower classes of the late 19th century, who were rarely photographed. Photographic portraits were expensive so the portraits which usually survive from this time are mainly of the gentry and middle classes who could afford them.”

Whether thieves, poachers, forgers or murderers, this is a very rare piece of ephemera photography and is immeasurably absorbing.

The condition of the images is good with some small blemishes, and the paper with some tattiness and spotting with browned edgings. It would probably benefit from being framed in a double sided frame.