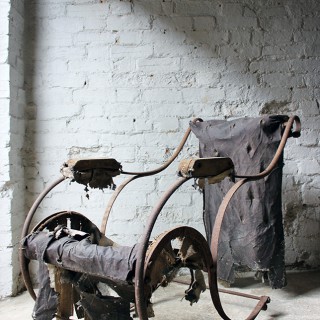 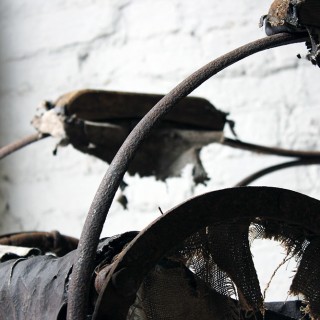 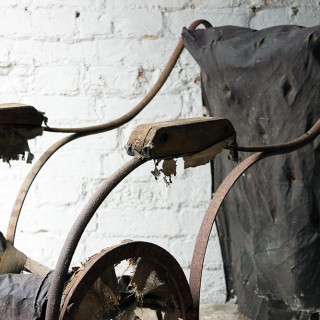 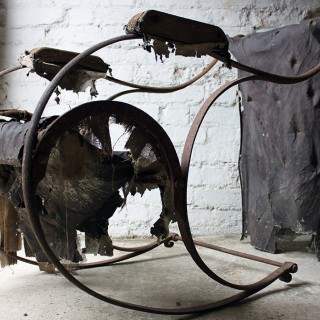 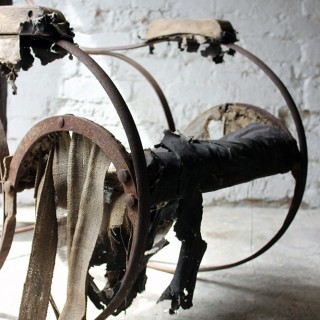 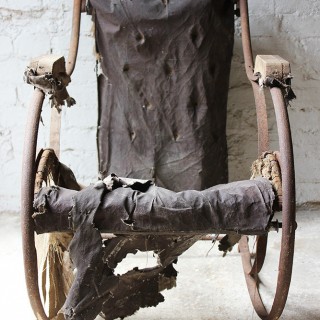 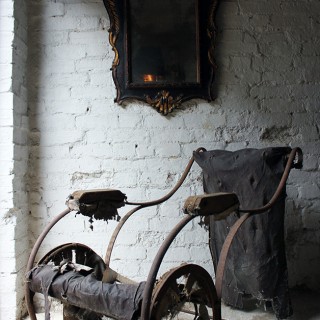 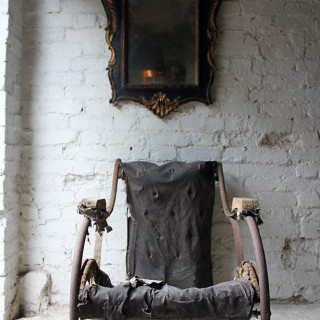 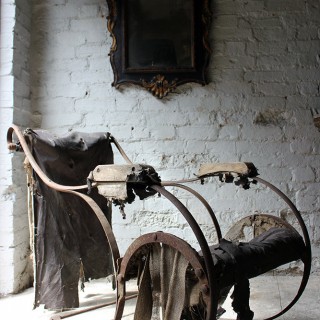 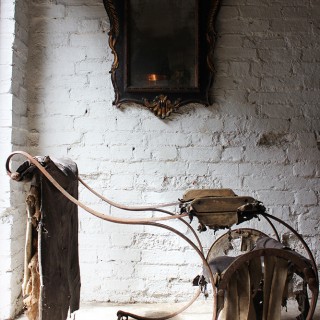 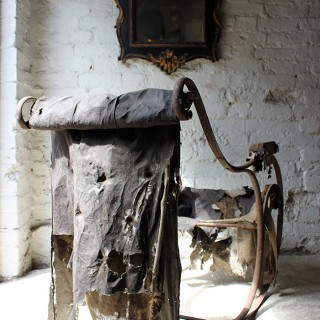 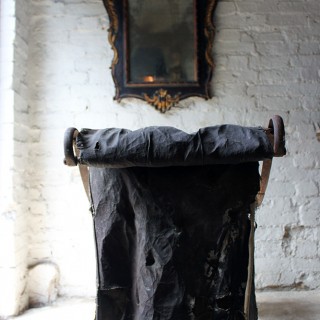 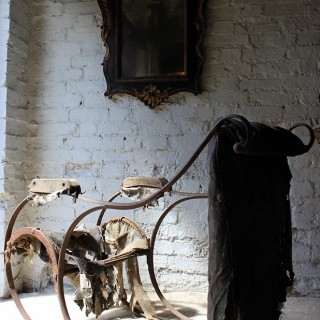 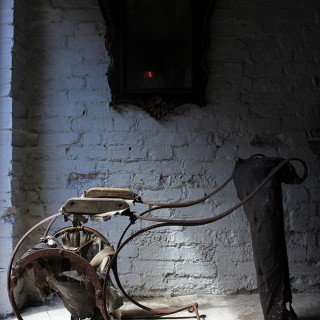 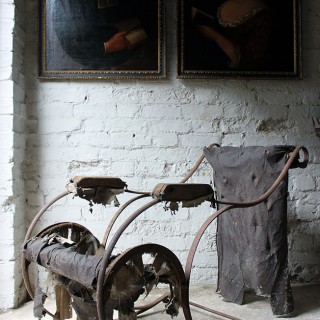 In the manner of or made by RW Winfield, the wrought arm frame with elm pad arms above scrolling supports and serpentine base rails, with remains of the original rexine upholstery, the chair in attic condition.

The rocking chair is unrestored and untouched. Look at this as a sculpture and not a forgotten about piece of furniture.

Rocking chairs were originally made with curved rockers attached to the feet of ordinary chairs. This unusual type of rocking chair used the curved frame of the chair to create the rocking motion. Examples were produced both in tube metal and in strip metal and the upholstery is slung between the top of the back and the seat, rather like a deck chair. During the 1840s, iron tube, normally used for beds, was adapted for rocking chairs. In 1844 Charles Dickens and his wife, Catherine, rented 1 Devonshire Terrace, London, and the inventory of the house included an iron rocking chair in the dining room.

The firm of R.W. Winfield specialised in metal furniture, particularly beds, and between 1827 and 1854 took out several patents relating to the construction of beds and sofas using iron tubing. Their stand at the Exhibition of 1851 included a rocking chair of tubular brass, similar to this one.

….”I returned to the nursery that lies behind the door and discovered an empty rocking chair – still in motion”…