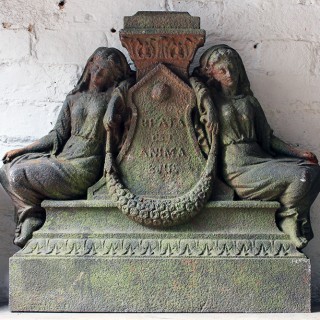 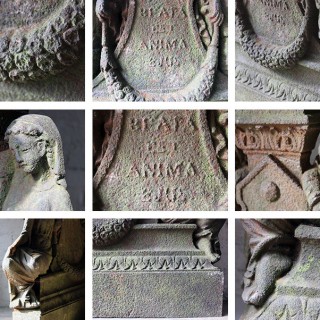 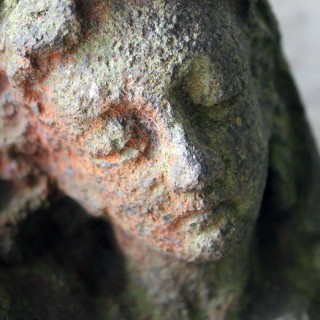 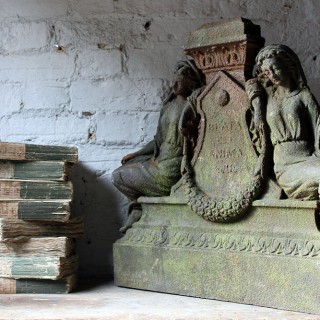 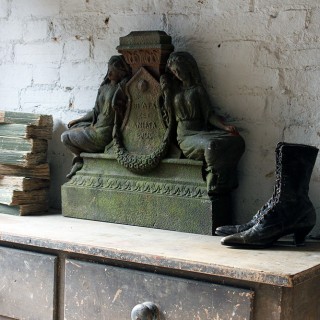 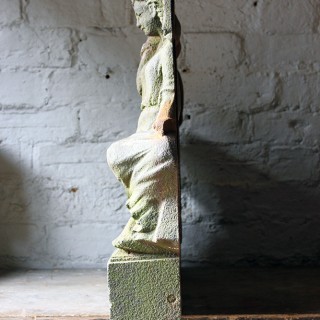 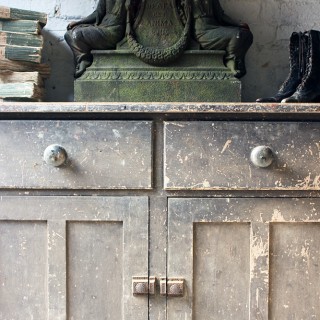 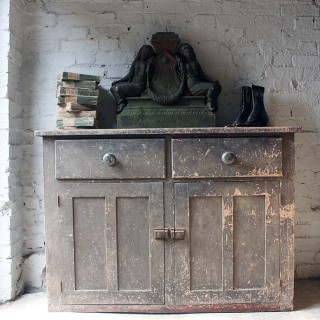 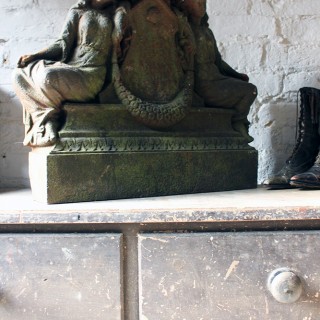 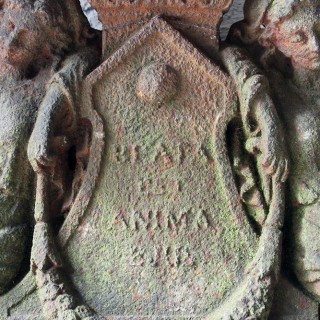 The well-cast iron architectural memorial element, probably an overdoor, having two maidens in hooded gowns with their eyes shut in respect and mourning each holding a funerary wreath and flanking a central cartouche with the Latin text, just decipherable; ‘Beata est anima eius’ – (Blessed is his/her soul’), from Ecclesiasticus 34:17, the whole in plinth form surviving from nineteenth century France.

Considering the age of the piece and the fact it will have been outside for its entire life – it remains in nice order. The top chimney shaped surmount has been repaired at once stage. The overall weathering is commensurate with its age and is very attractive with rust spotting and verdigris. There are no losses.

This piece was possibly an overdoor which is usually architectural in form, but may take the form of a cartouche in Rococo settings for example, or it may have been part of a larger memorial composition, and therefore part of a grave setting. It is more likely though that although it was made in remembrance for a particular person it probably would not have been part of a headstone setting, rather a memorial on an estate or public graveyard, perhaps an overdoor as part of a memorial garden wall over a pair of cast iron gates, this being the first emblem that greeted you as you entered a place of quiet and reflection.

This proves a very attractive architectural element that has a real gravitas, now making for a decorative talking point, it has a real ambience to it, a magnetism. Blessed, indeed.