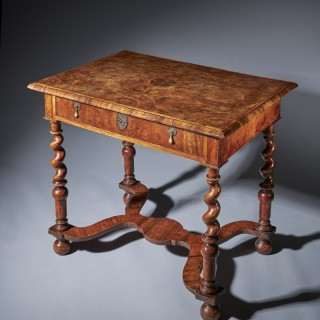 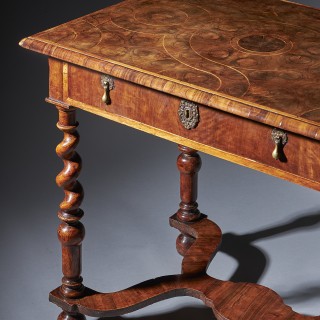 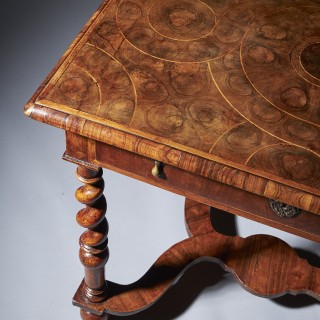 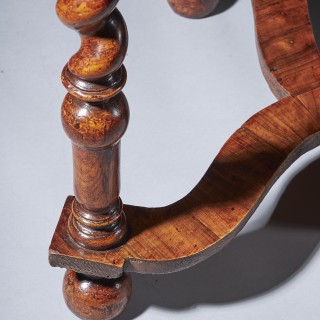 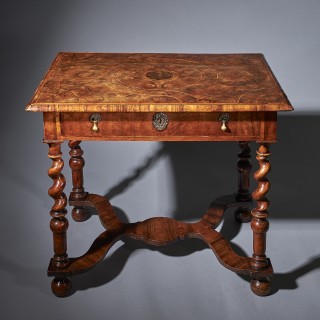 A William and Mary Olive Oyster Table, circa 1690 England

It is most likely that this gorgeous piece was commissioned during the short reign of William and Mary (1689-1702). This was a great time in British furniture design with some of the most notable pieces to date being commissioned. However, all the credit cannot simply go to the indigenous as a large influx of skilled craftsman flooded in from the continent such as, Daniel Marrot (1661-1752) a French Protestant architect, furniture designer and engraver who was at the forefront of late baroque style.

It should be noted that tables such as this are extremely rare and even more so in this condition, with all four original bun feet.

A William and Mary Olive Oyster Table, circa 1690 England