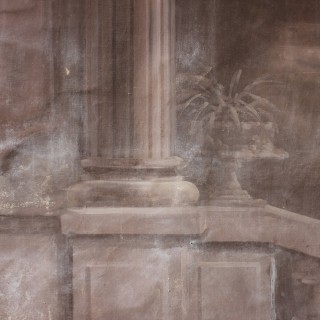 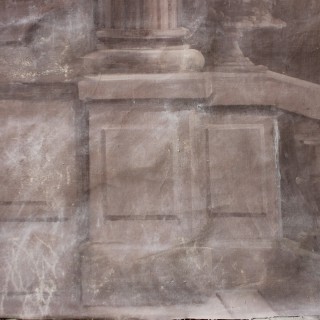 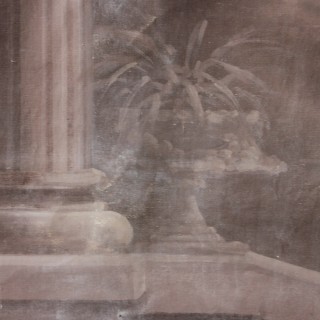 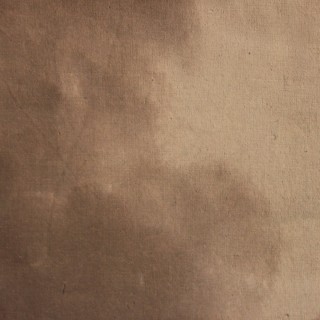 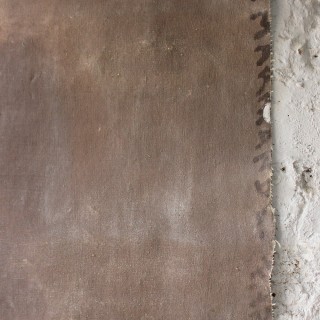 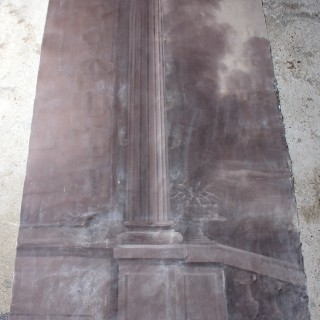 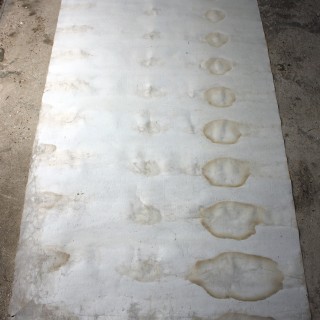 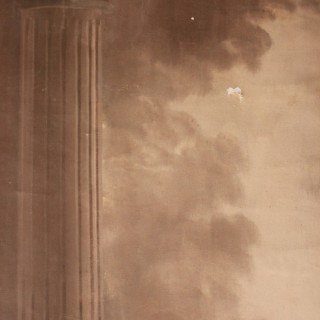 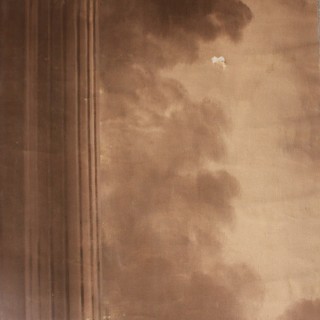 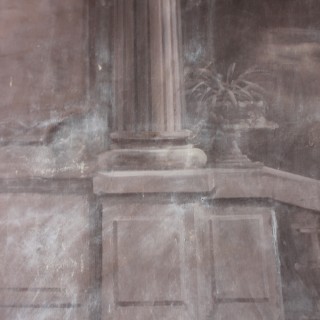 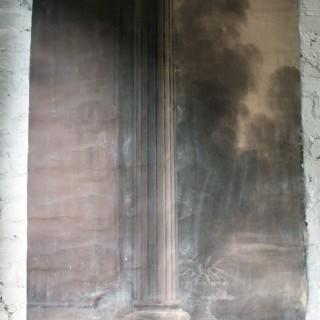 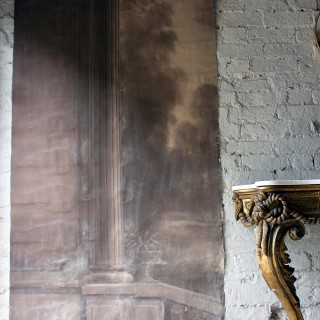 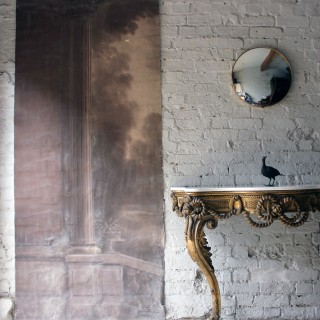 The large hand-painted theatre canvas backdrop on canvas linen depicting an atmospheric scene in dusky mauve and taupe hues showing a neo-classical stone façade with panelled walls and a Corinthian capital fluted column central to a balustrade staircase with an urn bearing an architectural plant, the background with a palacial lake to clouds and trees, the whole at over seven feet high and signed ‘tm(?) marmande paris’, survives from the first half of the twentieth century.

Beautifully hand crafted in the early to middle part of the twentieth century, this backdrop would possibly have been an ever present at the start of productions for each and every production in the particular theatre, with it being part of a larger composition (?). The signature to the right flank of tm(?) marmande paris’ at least gives us the confirmation that the work is French but we haven’t been able to find any other information on this artist. Marmande is in south western France so it may be this town which is referenced to, but it remains unclear.

The skill here in employing the trompe-l’œil is of a good level, the background has a moodiness and fluidity to it, the façade appears luxurious and the light playing on the stone, highlighting its accents is deftly executed.

The major battle of romanticism in France was fought in the theatre. The early years of the century were marked by a revival of classicism and classical-inspired tragedies, often with themes of national sacrifice or patriotic heroism in keeping with the spirit of the Revolution, but the production of Victor Hugo’s Hernani in 1830 marked the triumph of the romantic movement on the stage. By the middle of the century, theatre began to reflect more and more a realistic tendency, associated with Naturalism. These tendencies can be seem in the theatrical melodramas of the period and, in an even more lurid and gruesome light, in the Grand Guignol at the end of the century. Also popular were the operettas, farces and comedies of Ludovic Halévy, Henri Meilhac, and, at the turn of the century, Georges Feydeau. Before the war, at the time this backdrop was made, the most successful play was Octave Mirbeau’s great comedy Les affaires sont les affaires (Business is business) (1903). The poetry of Baudelaire and much of the literature in the latter half of the century (or “fin de siècle”) were often characterised as “decadent” for their lurid content or moral vision.

A unique backdrop to add that ‘je ne sais quoi’ to your interior.

Suspended from a softwood top rail the painted canvas is in fair to good overall condition, with a few creases here which could be dropped out over time, minor scuffs to the paintwork, one hole, and one small tear which do not severely detract from the whole.