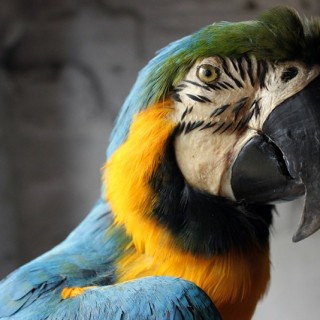 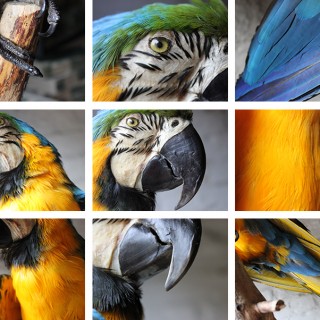 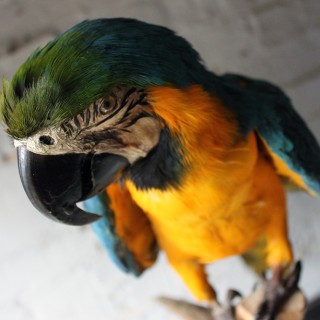 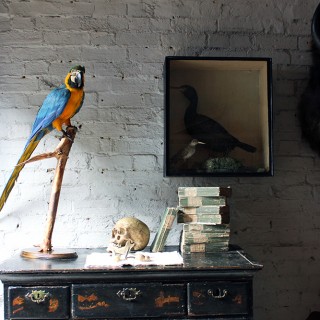 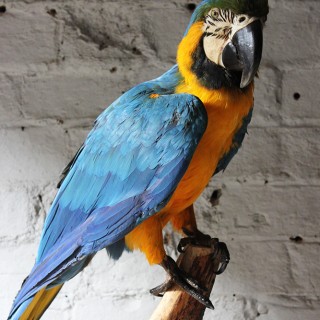 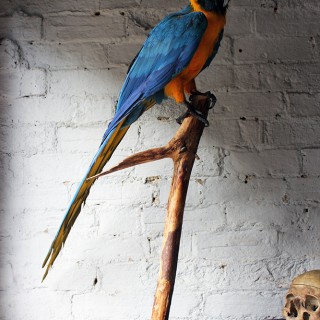 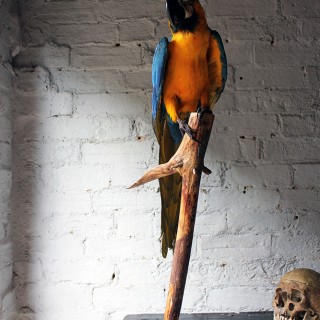 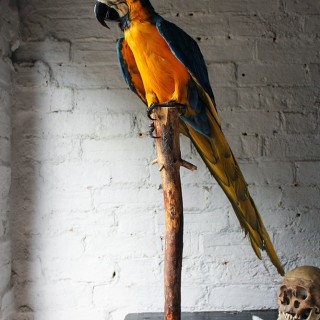 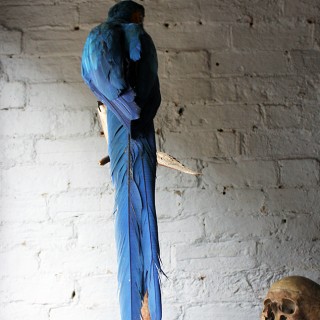 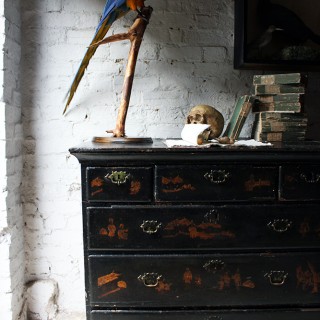 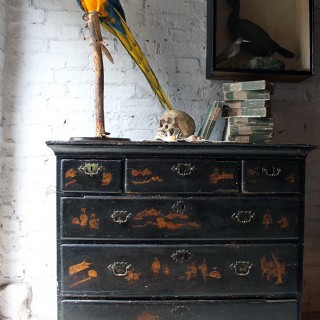 The large and dazzling decorative blue and gold macaw (ara ararauna) mounted on a log with a circular plinth base, the whole surviving preserved from the last quarter of the twentieth century in good overall condition.

Macaws can be found throughout South and Central America and the natives have prized their brightly colored tail feathers and meat for centuries. Macaws fly in pairs, screaming as they sour through the air and nest in hollowed trees, using their strong bills to enlarge the holes. Most Macaws will return to the same nesting spot year after year to raise their young and they generally raise two broods of chicks each year.

Macaws are extremely sly creatures, which delight in raiding cornfields, which they do so tactfully, posting sentinels in the trees to keep a lookout for an angry farmer. If danger is spotted the sentinels will let out a warning signal and the whole flock will rapidly disappear.

The Pueblo tribe believed that owning a Macaw symbolised a peaceful, well-ordered home. So do we.

The overall composition is of a high quality and the specimen is in relatively good condition with very little fade to the plumage. There is a little hair drop to the to the crown plumage and some very small losses elsewhere with the tail tip a little scruffy. Overall the composition is presentable and shows wear commensurate with age.