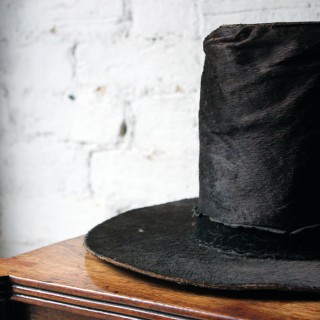 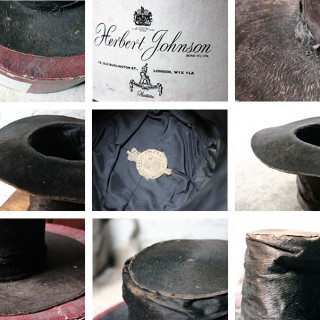 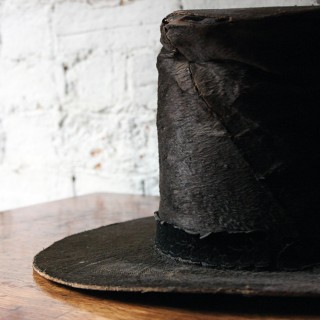 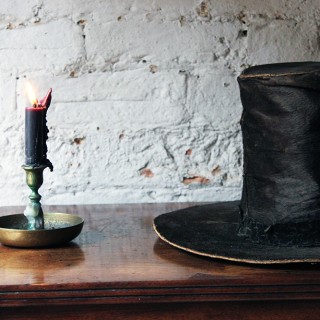 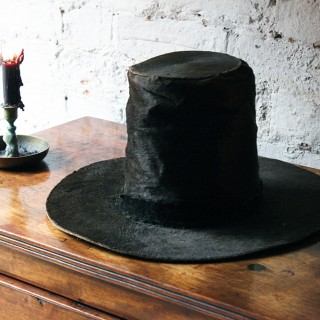 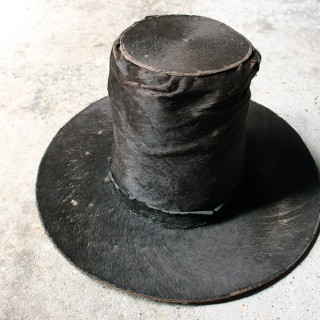 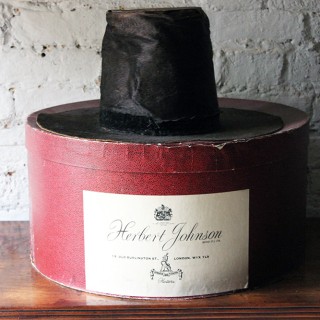 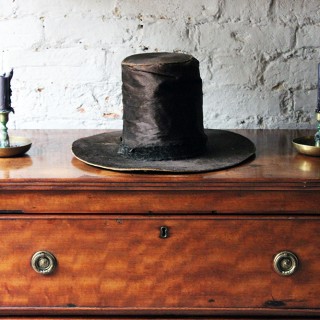 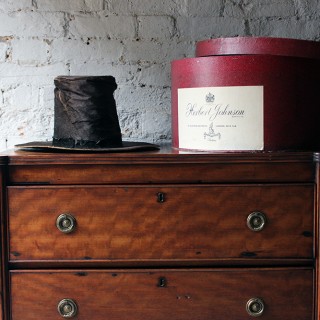 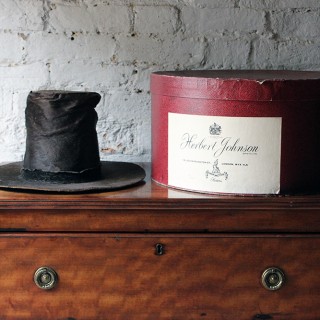 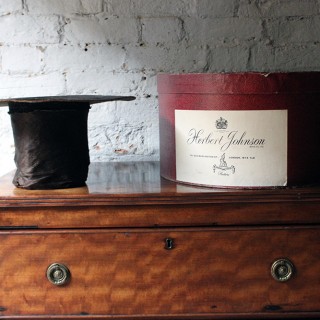 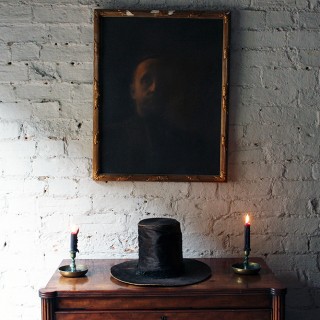 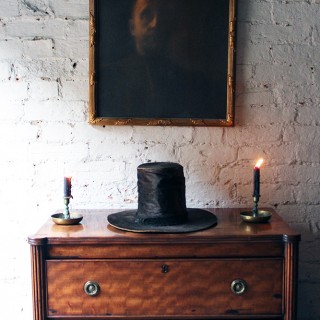 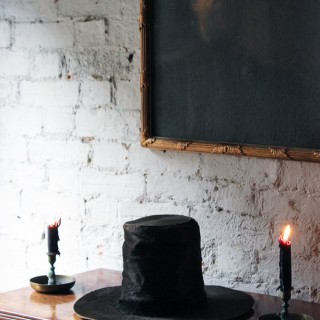 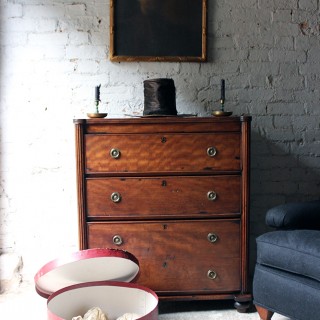 The rare Welsh ladies hat or ‘Het Gymreig’ in mushroom coloured pony skin and silk of typical broad rimmed form the interior with label for ‘Carver & Co late Dale & Co’ made in Bristol exclusively for the female Welsh market in the mid to late nineteenth century and presented in a hat box for Herbert Johnson of London.

The Welsh hat has been an icon of Wales since the 1830s when it first made its appearance. Before that date, working women wore men’s hats made of felt, either similar in shape to a bowler hat, or like a Welsh hat, but with a much lower crown.

During the 1830s, the crown on the woman’s hat suddenly rose. The reason for this is unknown, but the tall hat may have influenced it with narrow curved brim worn by gentlewomen when horse riding. The new Welsh hat was made of silk plush on a buckram shell strengthened with resin – exactly the same materials from which men’s top hats were made. The crowns of the hats worn in south and south-west Wales were slightly conical in shape and most were made by Christys of London and Stockport, or Carver and Co of Bristol as this example is. The hats worn in north Wales generally had a slightly shorter crown and straight sides with most of these examples made by Welsh hatters.

The Welsh hat seems to have been worn (with a full Welsh costume) only by the wives and daughters of successful farmers when attending chapel or church; at special events such as eisteddfodau and royal visits and especially when selling their wares at market. The Welsh hat seem to have started to go out of fashion during the 1860s, but a few women continued to wear them until there was a revival of the Welsh costume during the 1890s.

There were many hat makers in Bristol, but only two, known as Carver and Co. Late Dale and Co. and Carver, Jefferis and Co., are known to have made Welsh hats. It appears that Carver took over Dale sometime between 1850 and 1858, and Carver was joined by Jefferis by 1863. The most intriguing question about the origin of the Welsh hat is why two English firms should have produced quite large numbers of a unique shaped silk hat which were bought only by the women of Wales. “If there were no high hats there would be no bald heads, but, on the other hand, if there were no heads there would be no hats” Cambrian, 25 November 1892.

The condition of the hat is thoroughly charming and evocative though a little tatty. The bow is mainly in tact, and there are a small number of tears and some misshapenness, losses and general wear with one horizontal crease running down one side, which is a common theme for antique hats. Please view the photographs for visual reference. The red mottled hat box, with paper label for Herbert Johnson W1 London is, we believe, original to the hat and is also a rare survivor.