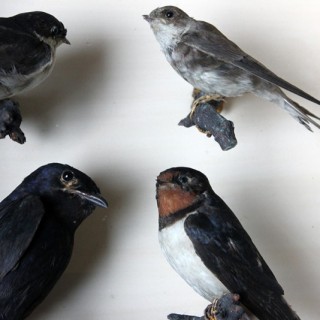 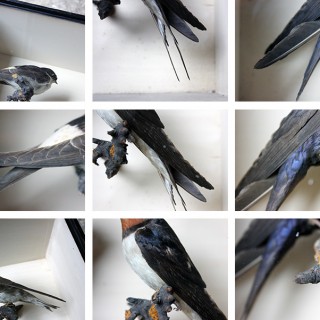 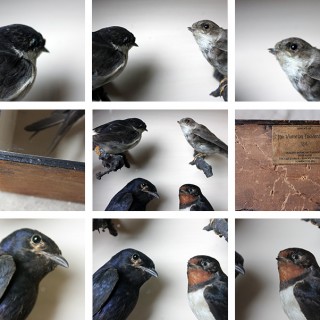 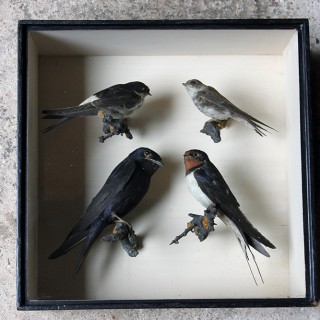 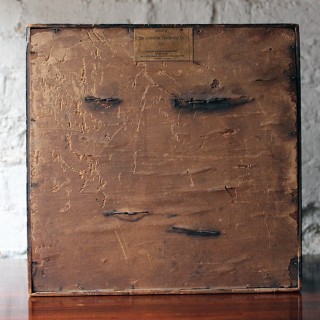 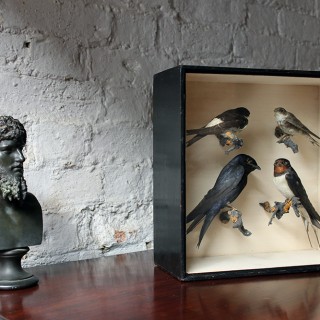 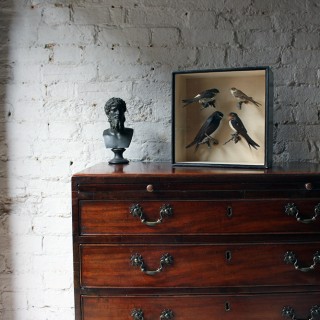 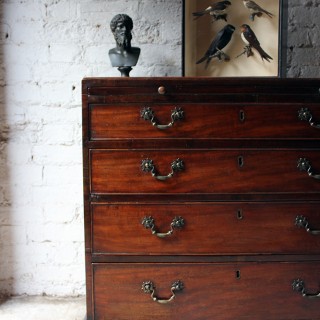 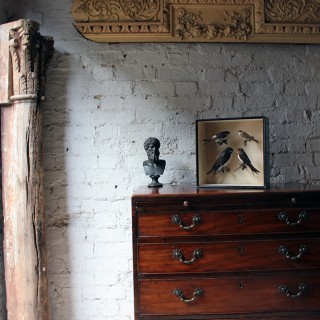 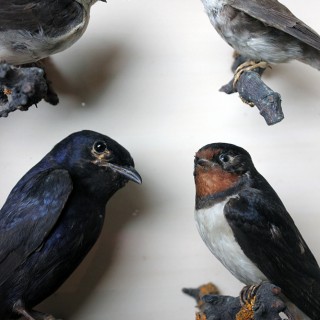 The quartet of preserved members of the swallow family; being the barn swallow, sand martin, house martin and the purple martin, an extremely rare British visitor; the specimens housed within a typical Cullingford box type glazed and ebonised case being beautifully simple with buff paper backing and lacking in simulated habitat, the whole preserved by Joseph Cullingford of Durham and surviving from the last quarter of the nineteenth century in good overall condition.

Following photographic evidence, the Purple martin (the largest North American swallow) was only recently accepted onto category A of the British list in 2005. Four previous historical claims had been rejected. After breeding they usually migrate to parts of South America, including Brazil, the Amazon basin, Bolivia and Paraguay.

The quality of the taxidermy and attention to detail here is without comparison.

The overall composition is of a very high quality and each bird is in good condition with expected light fade to the plumage but nothing out of the ordinary. The glazing and case are all original and the rest of the composition is very well preserved with expected light wear to the case. There is a paper label to the reverse bearing the retailers name ‘Supplied by the Victorian Taxidermy Co. Ltd. Dealers in Fine Art Taxidermy 01926 614130 The old Stables Bishops Itchington – Nr Leamington Spa’. There doesn’t seem to be a signature (usually in pencil) but it is certainly by Cullingford.