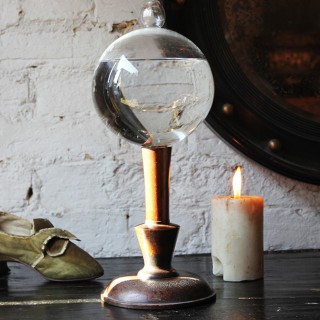 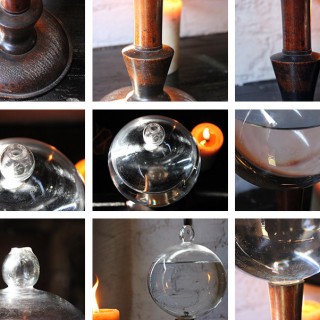 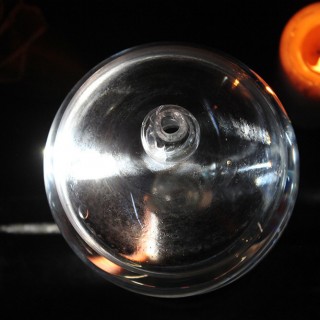 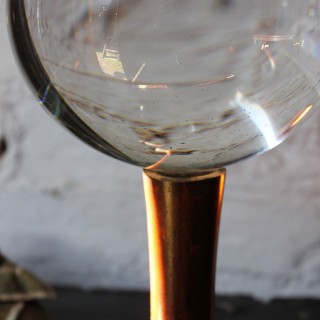 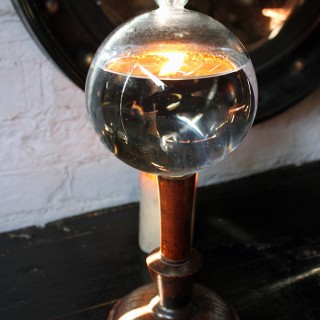 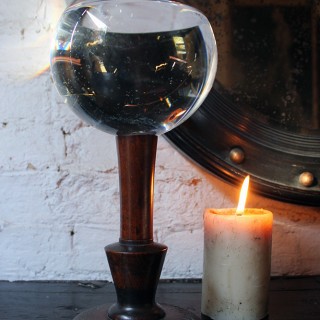 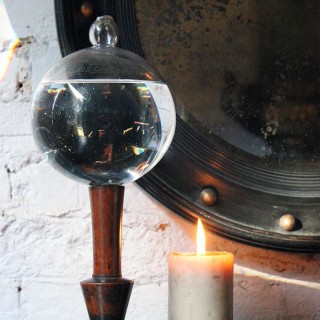 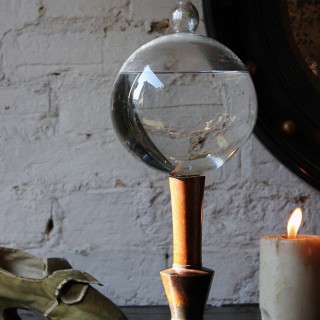 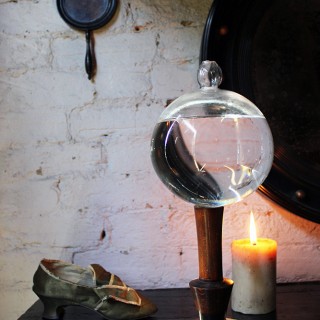 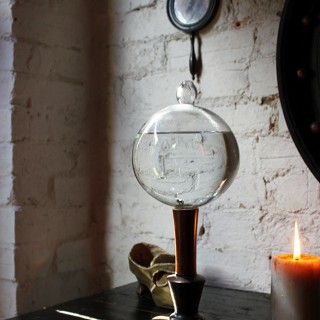 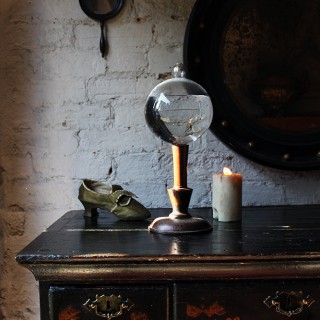 The thick hand-blown glass lace makers flask or flash globe sitting in the original turned oak stand survives from the first half of the nineteenth century.

The condition of the flask is very good with very few blemishes and it still holds liquid as intended. To the top end there is some small loss to the tip. The stand is also in sound order and totally original showing a healthy amount of patination commensurate with age with only a small hairline crack at the neck which isn’t causing an issue.

Adequate lighting was an important consideration in lace making. In warm weather the cottagers could work outside, or at an open door or window; but at night and during the dark days of winter the work was prepared by candlelight. The flask or flash, a glass globe with a long narrow neck, was filled with snow water or crushed ice – the purest water available. It was then corked and inserted into one of the cups. Here it acted as a condenser or lens concentrating and whitening the candle light. Other flasks were prepared and mounted according to how many lace makers were working together.

This is the origin of flash light. Most of the flasks were especially made for the purpose but round bottles, oil flasks and engravers’ flasks were all used. The three legged stool (candle-block, candle-stool or pole-board are alternative names) upon which the candle and the water filled “magnifying” flasks are fitted, is placed in the middle of the room. The lace workers then arrange themselves around the light in an orderly manner that allows each person to have at least some of the light. The best lace makers use the highest stools and are nearest the light source. They have what is known as the “first-light” then the graded workers arrange themselves according to ability to have the “second-light” and the “third light”. By positioning the pillows around the flash-stool so that the candle light fell in a concentrated beam on each up to eighteen (!) lace makers can be accommodated around a candle-stool.

A quite beautiful object that is sure to stoke up the question of ‘can you guess what this item was used for?’ time and time again. Enchanting.