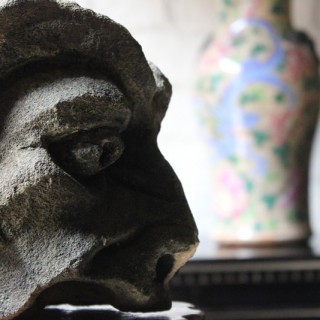 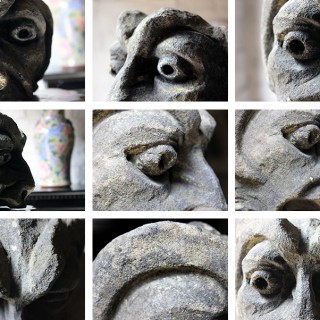 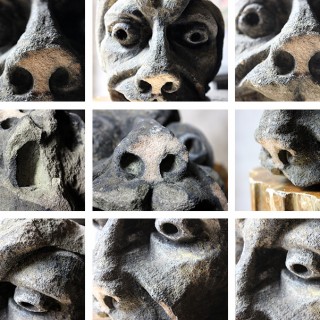 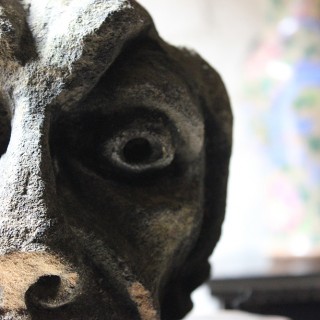 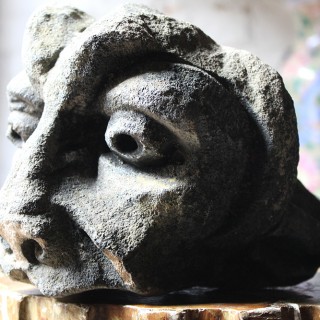 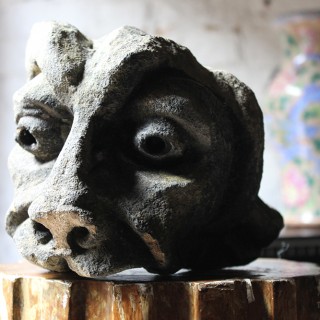 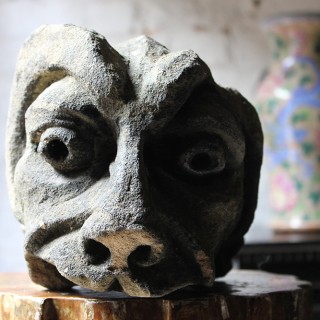 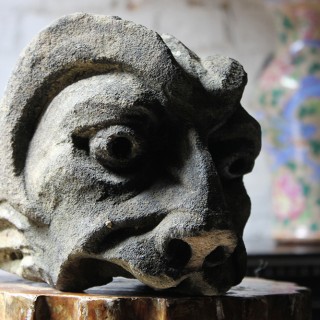 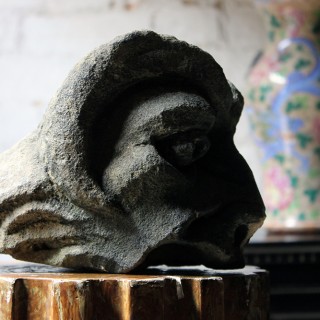 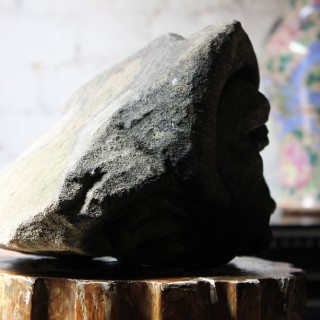 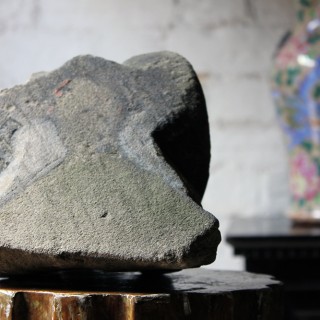 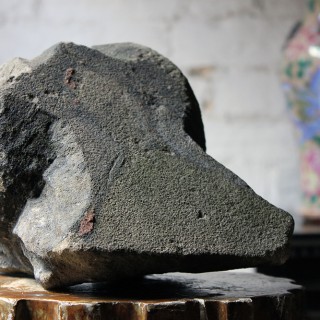 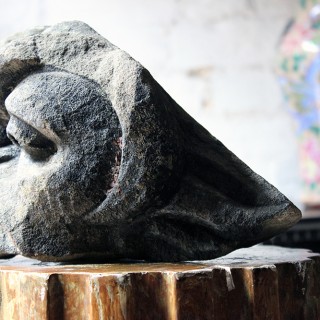 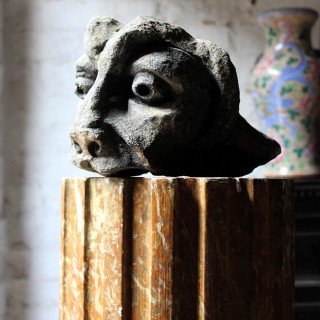 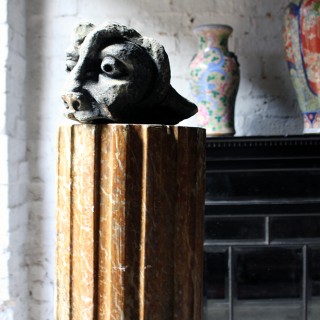 The scarce medieval period stone gargoyle in fragmentary condition carved in the medieval manner with furrowed brows and deep nasolabial creases, survives from the period c.1250-1350 of medieval England.

This early form of water-spout was set into the parapet to drain water from the roof and channel it through the mouth and away from the wall. This plumbing innovation did not appear in Medieval Europe until the early 13th century and was not used in the English Parish Church until well into the middle of that century. This style of carving together with the confident use of the drill, not only in the eyes and nostrils but also elsewhere used to add expressiveness, helps to date the head to 1250-1350.

Gargoyles came into gothic architecture in the early 13th century and are defined as “a waterspout, projecting from an upper part of a building or a roof gutter to throw water clear of walls or foundations.” The origins of the word ‘gargoyle’ are derived from the old French word ‘gargouille’ meaning throat. In Architectural terms only the creature serving as actual water spout is called a Gargoyle, otherwise is it known as a Grotesque. A grotesque may function solely as decoration. The materials used for the earliest Gargoyles were made of wood or even terracotta but early Medieval Gothic gargoyles were made of stone. Later gargoyles, especially in churches, were predominantly limestone and marble, although metals such as lead were also used in fashioning some gargoyles. Stone gargoyles were carved on the ground and then put into place when the building was almost at the point of completion. Other than providing a method of drainage, which protected the stones, and the mortar of churches, cathedrals and castles from erosion, gargoyles were also present as ‘guardians’ of the buildings in the form of abstract symbols designed to represent, and to ward off evil.

“Gargoyles remind us that our world is unpredictable, and that chaos and darkness are right around the corner” Susan Pesznecker …awe, wonder and mystery in abundance.

In one piece the carving (probably limestone) shows commensurate weathering with age through direct exposure of the elements. The lower part of the mouth is missing, as is one of the brows, and there are chips to, and around, the nose. The piece does have the advantage that it can be displayed as a table-top piece due to these losses.