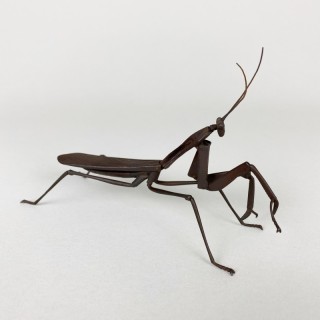 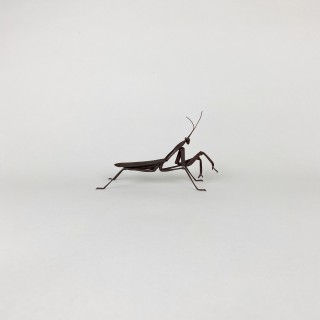 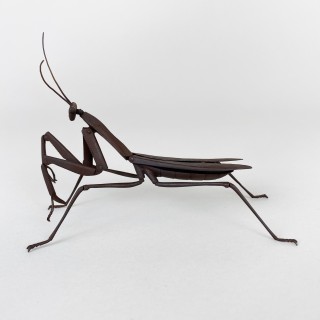 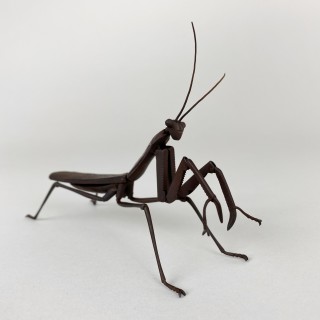 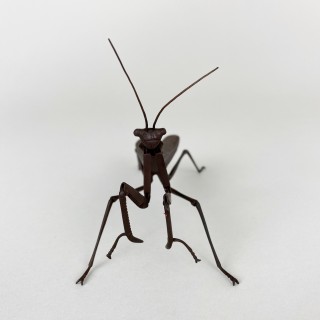 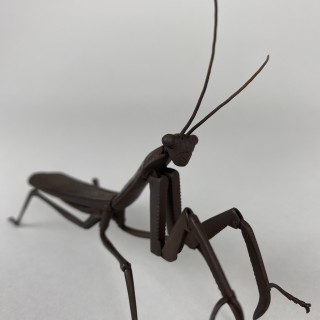 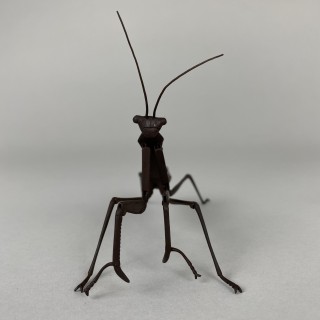 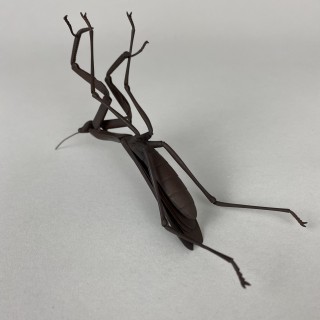 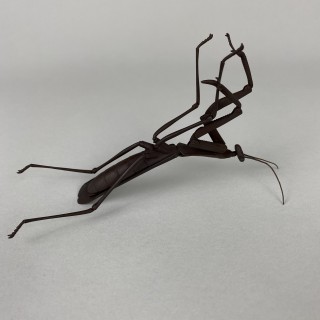 This beautiful articulated Praying Mantis is part of our collection of Japanese Meiji-era creatures on display at our Galleries in Islington, London.

Please don’t hesitate to contact us for more information, photographs or to arrange an appointment.

Around the world the praying mantis is seen as a symbol of stillness and meditation, due tot their hunting style which sees them stationary for long periods of time. In Japan they represent strength, courage and boldness as well as fool hardiness due to their habit of attaching prey much larger than themselves.

Jizai (from the Japanese to move) Okimono are articulated sculptures of insects, sealife or animals. The first ones were made as curiosities by the armorers for the Samurai, they were put aside as a bit of fun. But when the Meiji Restoration happened and the Samurai became obsolete, the armorers had to find a new use for their skills. They turned back to Jizai making and developed their skills using many different metals, such as iron, bronze and silver. The resulting artworks were very popular in west and it became a new source of revenue, the Myochin family were particularly skilled Jizai artists and many of their works now reside in museums.