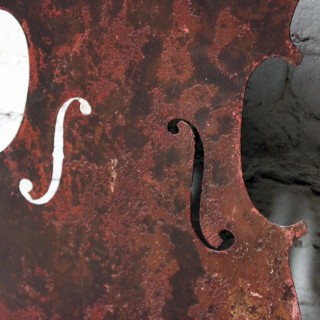 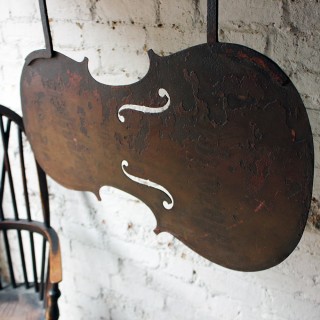 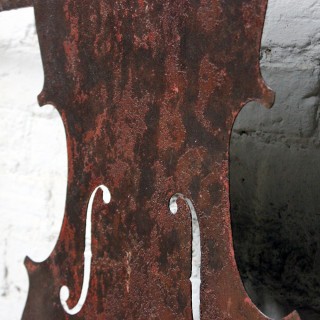 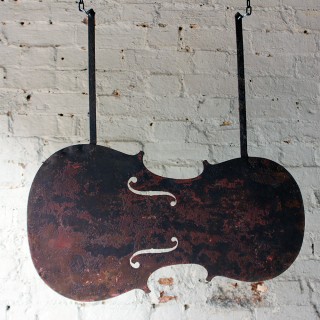 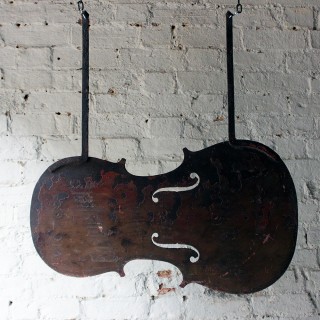 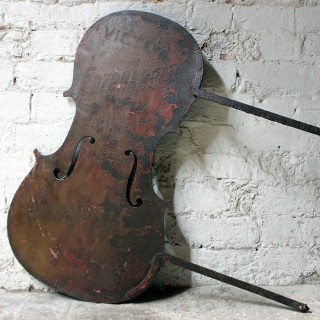 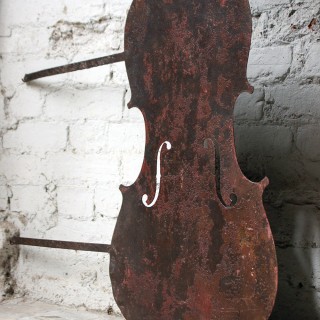 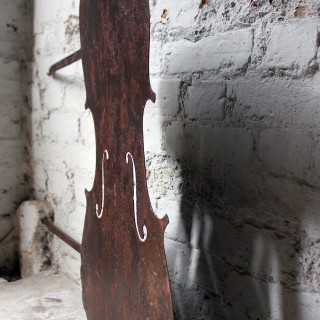 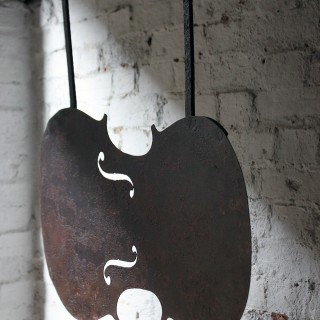 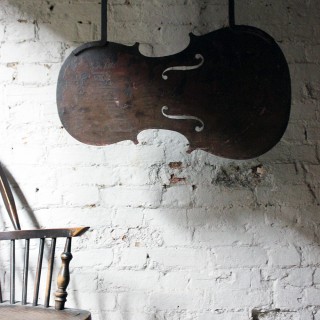 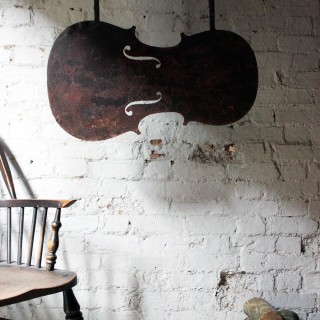 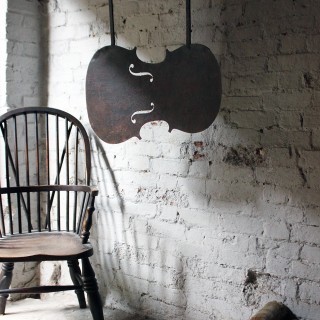 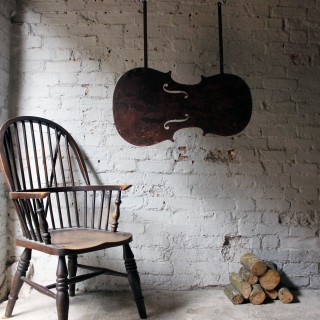 The hand cut and riveted sheet metal shop or trade sign in the form of a violin or viola, showing an outstanding patina to both sides bearing the original paint, one side bearing the remains of sign-written painted script reading ‘Victor Enzensperger Cecrune(?) 1892(?) Mozartgrasse’, the whole hailing from the workshop of Victor Entzensperger at 7 Mozartgasse Vienna in the latter part of the nineteenth century.

Viktor Enzensperger, was a respected violin and guitar maker, restorer and dealer who was born on the 19th May, 1867 in Vienna. He was active in the trade as sole proprieter from around 1887 (though the date to this piece is probably 1892). He took his apprenticeship in his father’s workshop from 1882 to 1889 and within this time he travelled and worked in Salzburg, Munich, Mittenwald, Schönbach and Markneukirchen. In 1896 he took over his father’s workshop at number 7 Mozartgasse, Vienna, which is almost certainly when this sign would have been made. Enzensperger was mainly a repairer and an instrument dealer who also turned to string production. He was the grandson of Bernard Entzensperger who made violins in Vienna, who was born there in 1828 to a father of the same name, a celebrated guitar maker to the Viennese Court. Victor died on the 23rd of February 1918.

In the nineteenth century Vienna continued to consolidate its reputation as the ‘city of music’, an image still used to great effect in the tourist industry today. It was – or became – home to a host of well-known composers: amongst those born in Vienna were Franz Schubert and Johann Strauss I and II (father and son), while Ludwig van Beethoven was just one of the many non-Viennese composers who settled in the Habsburg capital. The music business became an important element in the economy – throughout the Austrian Empire, concerts and dancing were an important part of life, music publishing houses and makers of musical instruments flourished, and opera and theatre boomed.

A very decorative and desirable piece of folk art with a truly outstanding patina and a superb provenance.

The piece is undeniably very decorative with a highly texturised surface, one side a shade more than the other. The piece doesn’t show any evidence of repairs or particular damage other than to the surface. The hanging straps are in good order and show no signs of any damage. The sign was intended to hang vertically but works well either way.