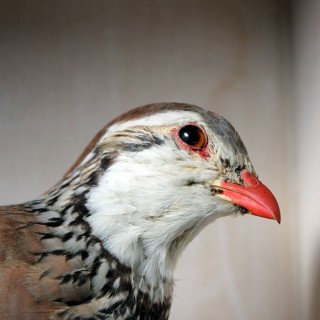 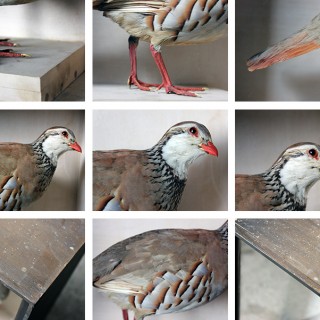 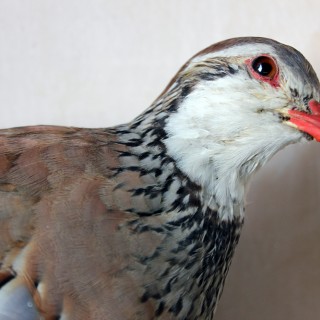 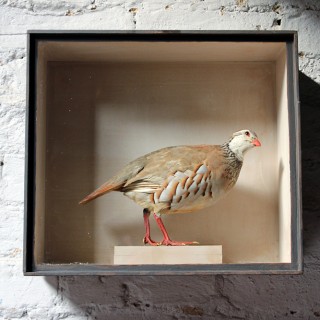 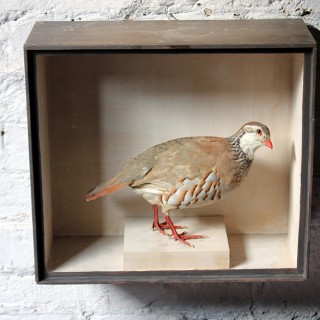 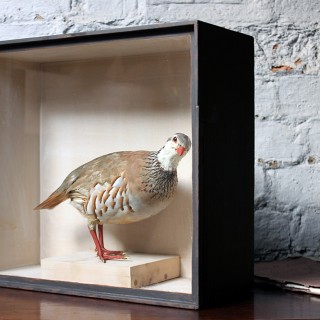 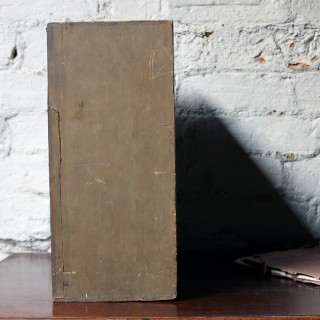 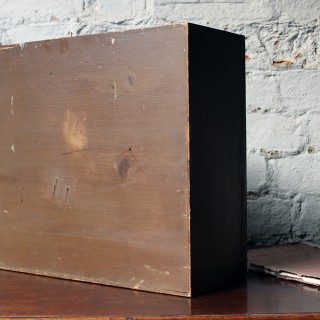 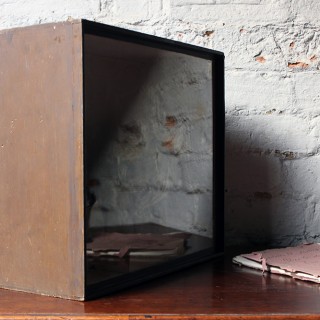 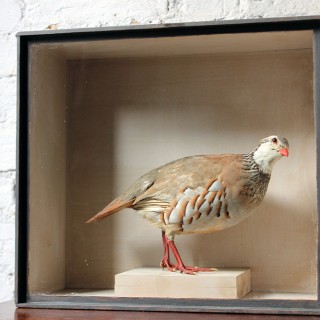 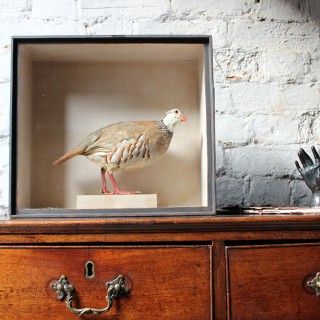 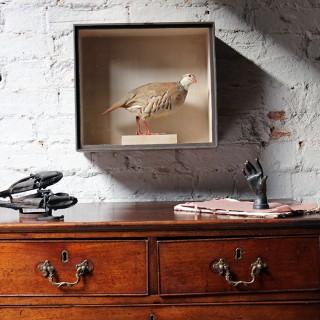 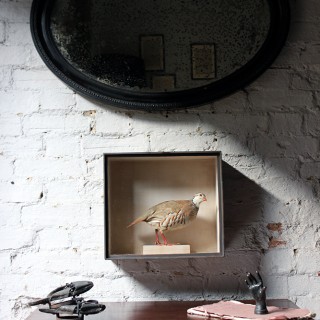 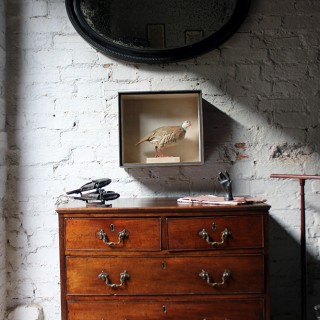 The beautifully preserved French or red-legged partridge (Alectoris rufa), the specimen set upon a typical Duncan wooden block and housed within a beautiful scientific sparse museum case with original wood brown painted surfaces, the whole being beautifully unassuming with its ivory paper backing, lacking in any form of simulated habitat, the whole surviving from late Victorian England in good overall condition.

Larger than the grey partridge this species was introduced from France to Great Britain in the 18th century, and has since become an important game bird there. As it is a Mediterranean species, it thrives in hot, dry areas with sandy soil. This partridge breeds naturally in southwestern and it has become naturalised in flat areas of England and Wales, where it was introduced as a game species, and has been seen breeding as far north as Cumbria and eastern Yorkshire and the western Isle of Man.

Robert Duncan (1837-1909) of Pilgrim Street, Newcastle specialised in immaculate taxidermy, using a primitive method dating from 18th century practitioners in France. Despite this, his birds are beautifully precise, presented in a plain scientific museum box display, lacking in vegetation (akin to J.Cullingford’s) with no decoration to distract from the specimens. Unusually, he normally signed and dated his cases, like an artist, rather than attach a trade label, and dated cases have been seen from the early 1860s through to the Edwardian period. Few taxidermists had time to shoot their own specimens, but Duncan was know to have both collected and mounted his specimens. John Hancock refers to him in a letter in 1880 as: ‘A good taxidemist, and his father was a good bird stuffer too’.

As close to perfection as taxidermy can get, really.

The overall composition is of a very high quality and the bird is in good condition with expected light fade to the plumage but nothing out of the ordinary. The glazing and case are all original and the rest of the composition is very well preserved with expected light wear to the case. There is a small section of loss to the wooden block at one side and the case has a small fissure to one side externally. The piece is not visibly signed but it is a certainty that Robert Duncan created it.