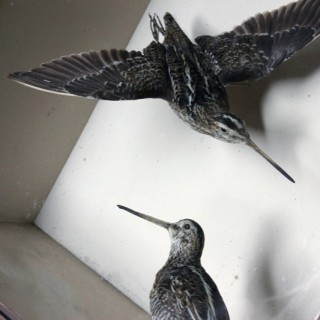 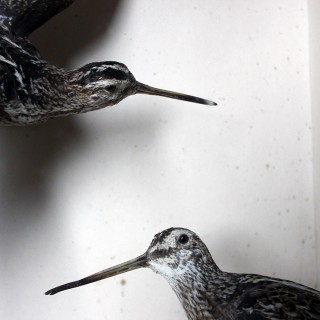 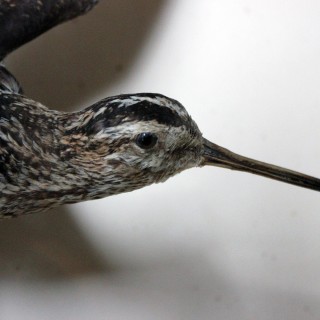 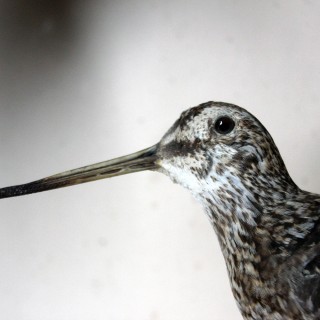 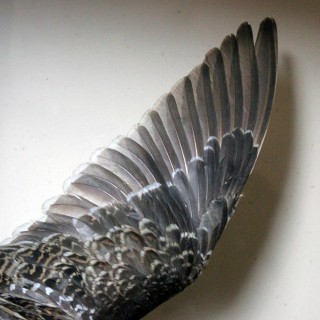 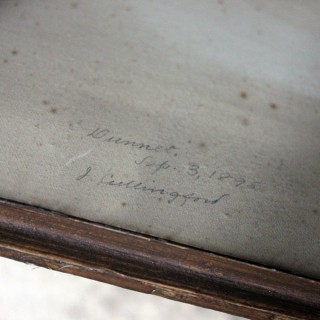 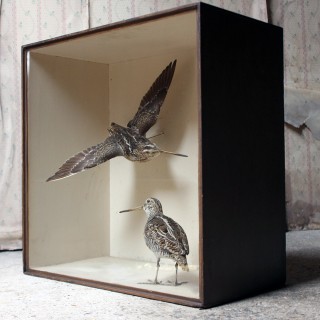 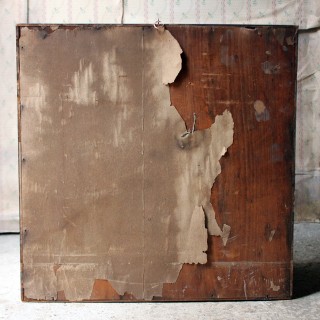 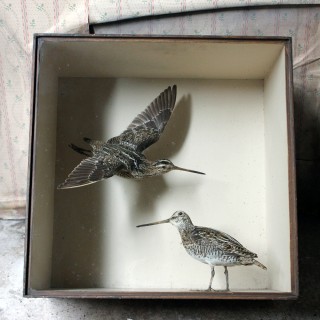 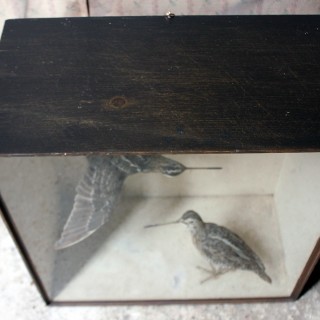 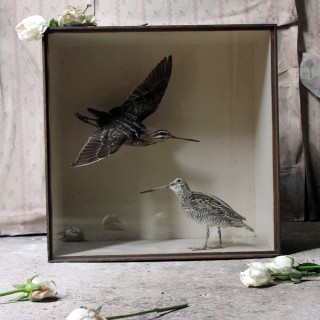 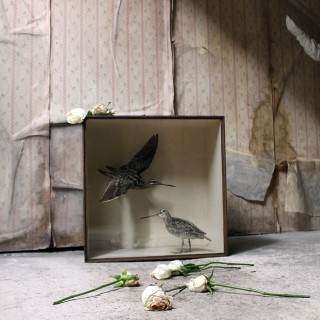 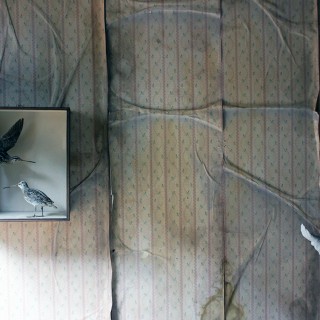 A Wonderful Museum Cased Taxidermy Pair of European Snipes by Joseph Cullingford of Durham, Dated to 1898

Snipe are medium sized, skulking wading birds with short legs and long straight bills. Both sexes are mottled brown above, with paler buff stripes on the back, dark streaks on the chest and pale under parts. They are widespread as a breeding species in the UK. During the breeding season snipe are best look for on moorland, especially on early spring mornings when males can be heard giving their ‘drumming’ or ‘bleating’ display.

An exquisite piece of artful taxidermy for the purist.

The overall composition is of a very high quality and the specimens are in good condition with expected light fade to the plumage but nothing out of the ordinary. The glazing and case are all original and the rest of the composition is very well preserved with expected light wear to the case and light spotting to the paper and inner glass, with a hanging hook added for wall mounting. The signature and date to the bottom left facing corner is clear and is typically in pencil reading ‘Winnet, Sep. 3rd, 1898, J Cullingford’. We are not entirely sure what the mark for ‘Winnet’ is as it doesn’t appear to be a place name, it may well read ‘winner’ if it had been entered into a taxidermists competition at the time or it may be the surname of a client who commissioned it. Further research may prove fruitful in this regard.

A Wonderful Museum Cased Taxidermy Pair of European Snipes by Joseph Cullingford of Durham, Dated to 1898