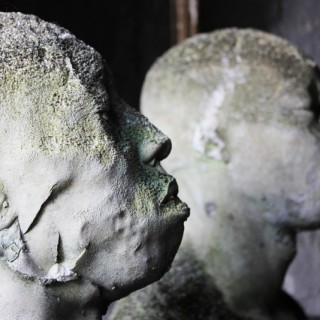 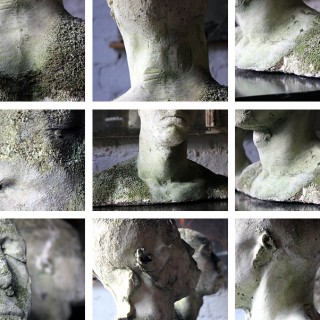 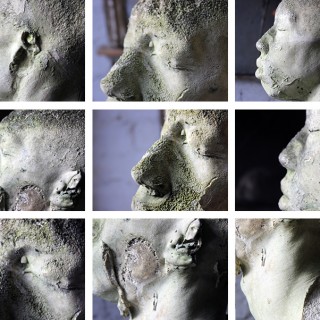 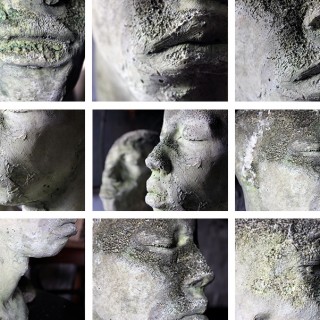 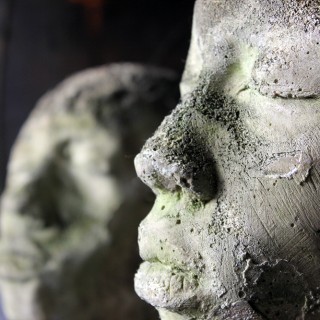 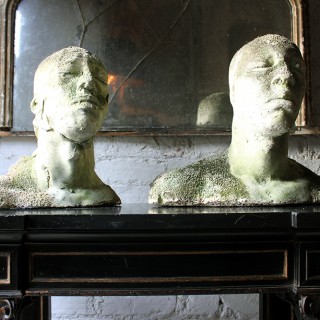 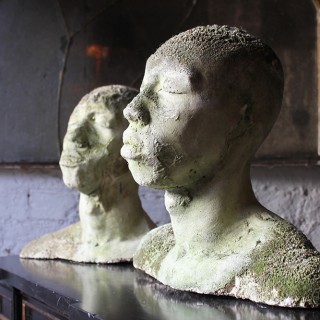 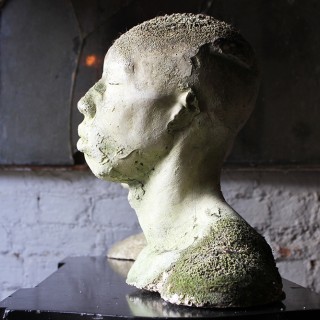 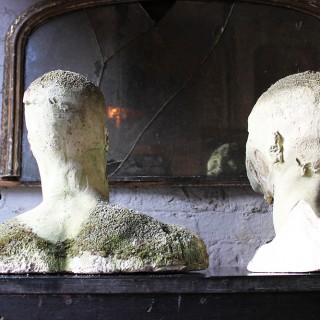 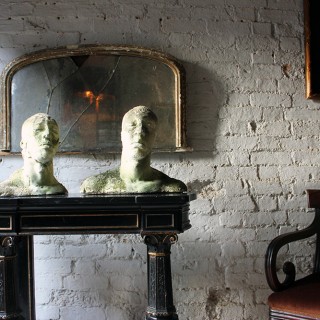 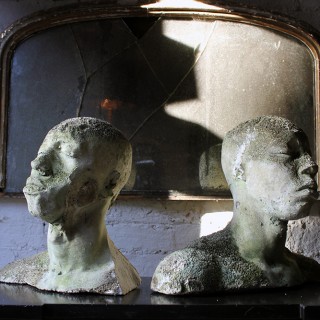 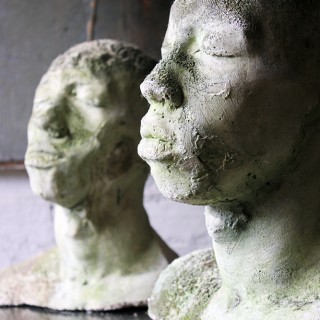 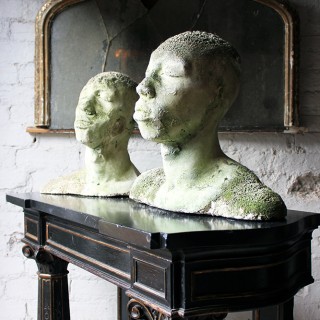 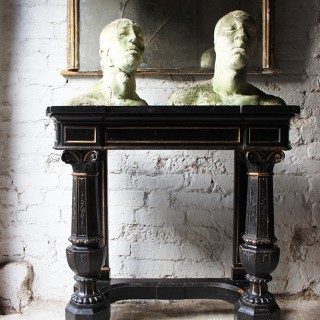 There is a possibility that these busts are life masks rather than those taken at death but the calmness and serenity that is so apparent here would suggest that life had probably passed, their memory being beautifully upheld. Please see our archive for a pair of life masks of African servants, which were 18thC, and were thus more animated. There are no signatures or marks to provide any further clues but in our experience of sourcing masks we believe these to probably be from the second quarter of the twentieth century.

The busts have condition issues but these only serve to give them a hugely decorative edge. They both have surface dis-colouration with lichen and moss forms having been placed outside at some point in time. As such there are green deposits to the whole and they are still a little damp to the cores. There is a section of loss to one shoulder to one of the busts with both busts having some casting markings, small losses and chips. Overall they remain in decent order if a little soft to the touch.