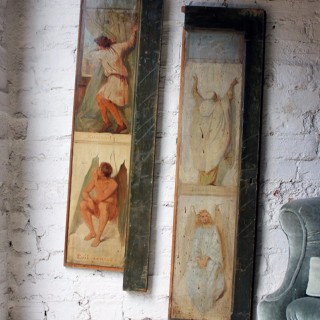 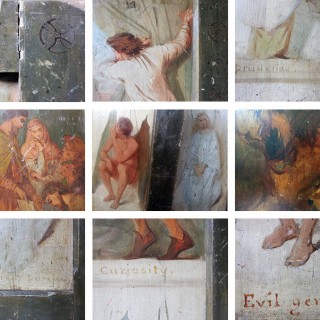 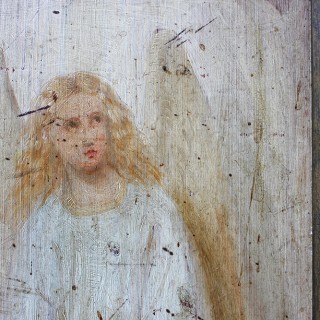 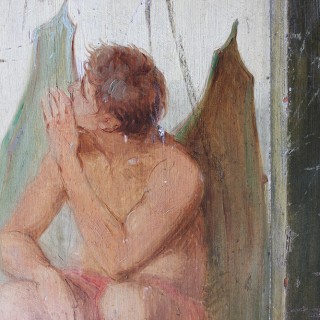 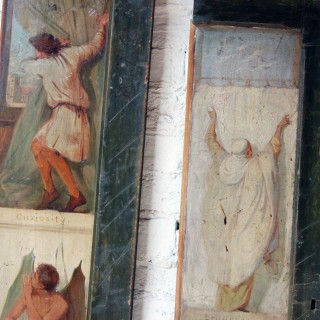 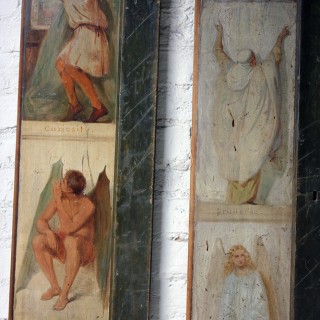 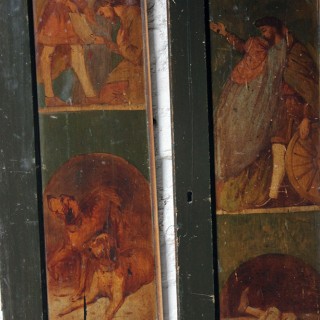 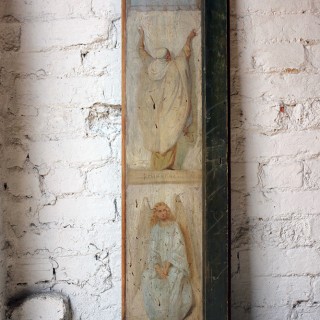 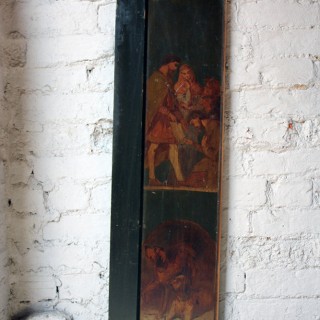 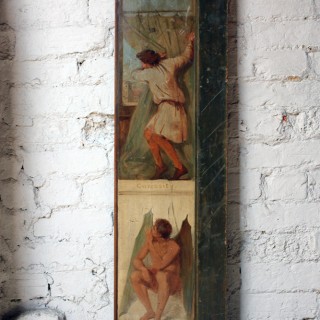 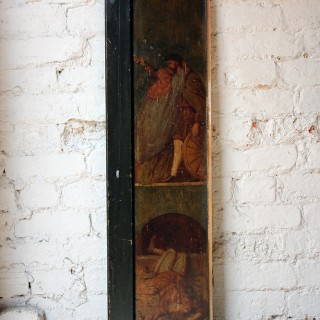 The series of eight Art and Crafts movement ecclesiastical scenes painted in oils, upon two double sided door panels in forest green from a large cupboard or cabinet of the period, with titles to include ‘Curiosity’, ‘Evil Genius’, and ‘Prudence’ with Celtic Ruskin style roundels to the borders, the panels surviving the last quarter of the nineteenth century to the turn of the century.

Overall the panels are in good decorative order with some knocks and losses to each making them evocative of their life thus far. As parts of a moving door in a cabinet or cupboard they would have been knocked and swung around rather a lot. Each painting is still easily discernable and the colours remain nice and vivid. Each panel has a hook bore into its top for wall or beam mounting. If mounting on a beam for instance one can then see both sides. Alternatively they could be built into a wall or window and become architectural or placed back onto a piece of furniture.

The two panels are double sided and the eight depictions are as follows:

Four figures looking over a warrant or deed
A pair of blood hounds
Prudence as the Pope
?? Puerile as an angel
Pair of embraced figures
A figure in distress couchant
Curiosity as a man peering from a curtain
Evil Genius as a winged man making a gesture

The Arts and Crafts movement grew out of dissatisfaction with mass-produced and often superfluously decorated furniture of the Victorian era, and designers sought to create quality pieces with restrained unpretentious decoration, using for inspiration mediaeval craftsmanship. Although less refined the decoration to these door panels is reminiscent of some of William Burges creations like the cabinet designed by him and built by W. Gualbert Saunders in 1867. The ecclesiastical theme is one that the movement revisited time and again and it would be interesting to further research these panels and the meanings that are hidden within them.

A decorative and versatile octet of intriguing original artworks that distil many Arts and Crafts sensibilities.