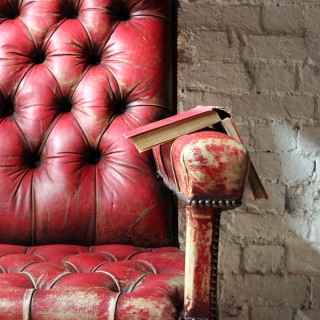 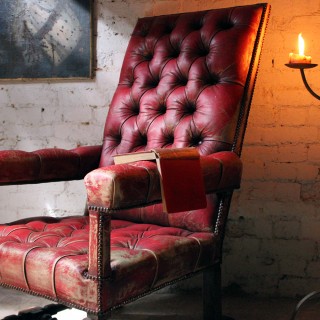 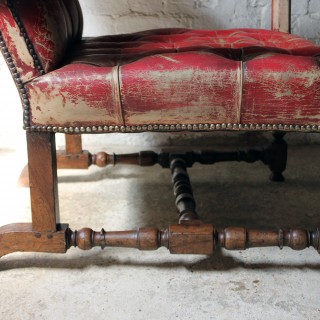 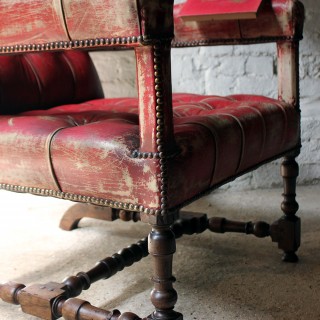 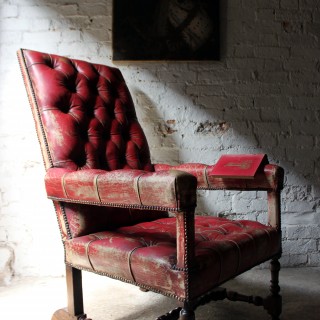 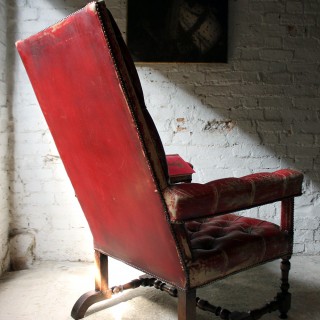 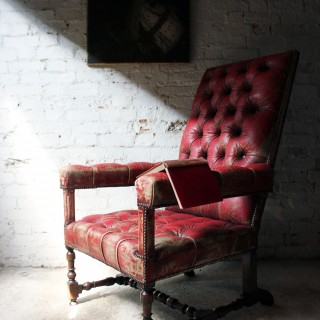 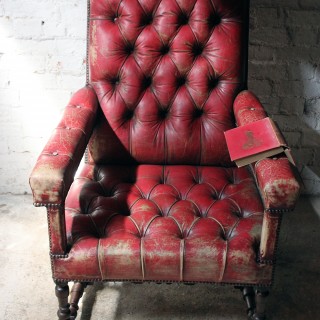 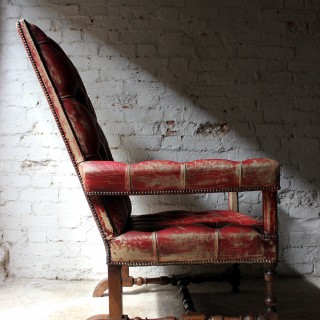 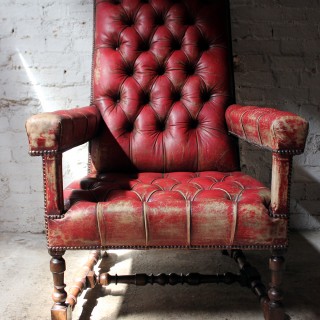 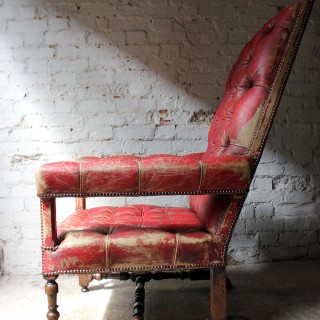 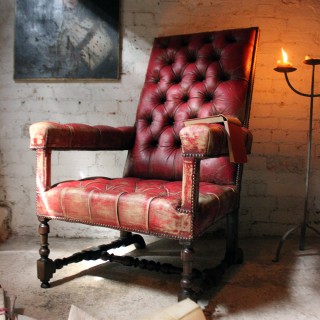 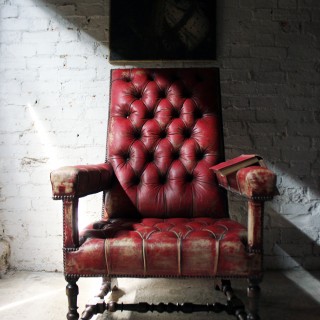 This armchair has a rather unusual configuration in that the top half is very much of the late nineteenth century, whereas the stretchers and legs are harking back to an earlier time, the reign of Charles II in the late seventeenth century comes to mind, with the choice of wood, walnut, also being a nod to this period. The proportions of the chair suggest it has probably come from America where pieces were made with a grander scale, following traditional designs; but increasing the proportions for a larger scale. Keith Skeel probably purchased it in America, in the late twentieth century, as he did live there for many years.

This chair sold for £2,400 in 2007 (approx. £3200 in today’s currency), as lot number 1255 when Keith Skeel’s inventory from Loudham Hall was sold off at auction at Lyon & Turnbull. Renowned antique collector and interior designer Keith Skeel sold off more than 2,000 eclectic items and also the estate itself. Grade II* listed, Loudham Hall is an exceptional Georgian home with a rich architectural history. The estate passed from the original Loudham family, by marriage in the early fifteenth century, to a family called Blennerhassett who also had a substantial estate at Diss. Sir Henry Wood who was the Treasurer of the Household of Henrietta, a widow of King Charles I, purchased it in the seventeenth century. His heiress, Mary, was much sought after as a wife and at 16 was contracted to be married to Charles, one of Charles II’s sons by Barbara Villiers. The house was re-modelled by Charles Wood who inherited following the death of the Duke of Southampton in the mid eighteenth century, although he had probably already been in occupation for some time.

A showstopper of a chair with masses of gentlemanly and decorator appeal and an undeniable level of quality, displaying a perfect level of timeworn appearance and grand scale.

In beautifully worn, country house order, the chair is lovely original condition making it hugely appealing. The leather, which would have been re-upholstered in the later part of the twentieth century, is of super quality and now worn in many places but attractively so, now wonderfully supple, with no tears or holes. The walnut is in good order throughout with only minor scuffs and an outstanding patina and colour, with some sporadic old worm to the legs.