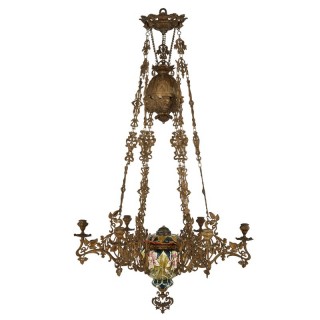 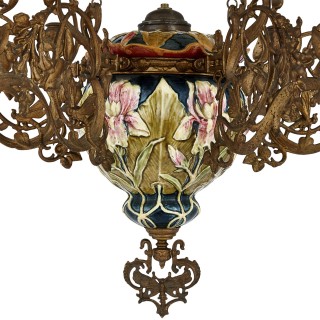 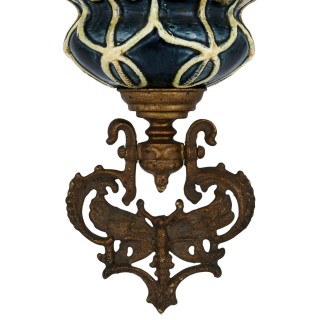 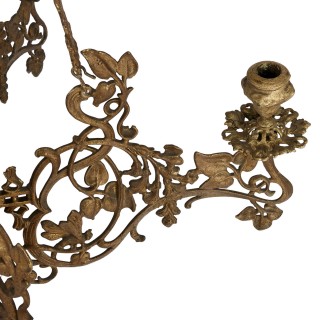 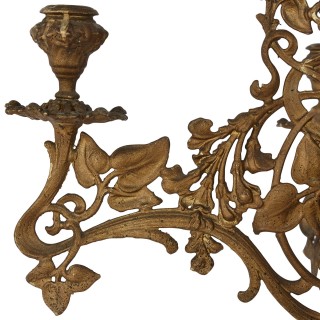 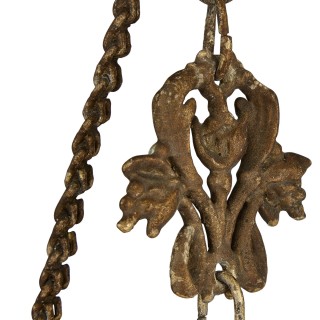 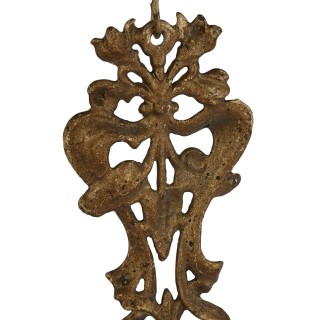 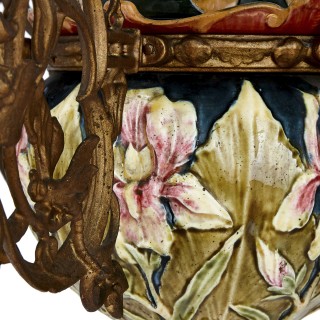 This beautiful chandelier, which demonstrates some of the taste of the Aesthetic Movement as well as Art Nouveau, is crafted from majolica and gilt metal. The chandelier features a majolica body, painted with flowers in tones of pink and green, which issues six ornately scrolled floral and foliate gilt metal branches. The body of the chandelier is supported by six gilt metal chains, which spring from a gilt metal ceiling mount; suspended form this mount is a further gilt metal element, the form and shape of which mirrors the majolica body below.