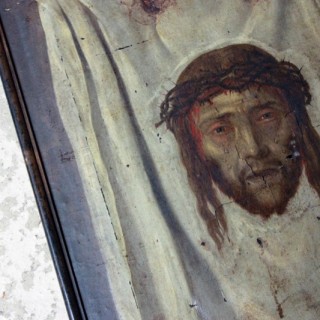 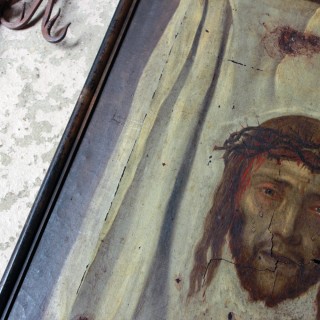 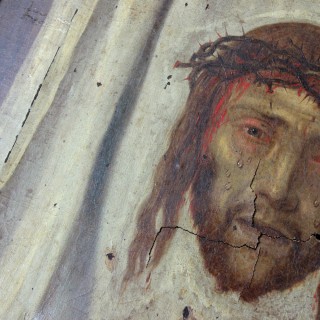 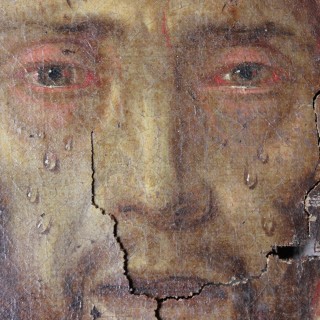 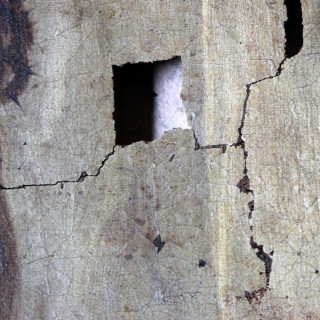 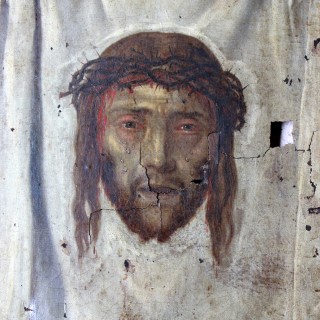 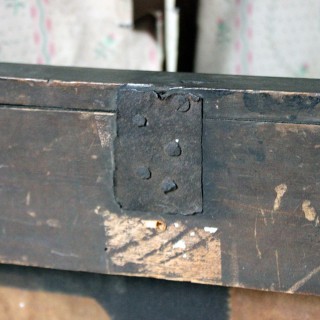 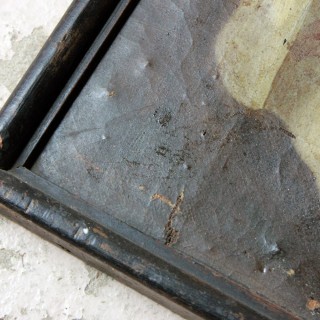 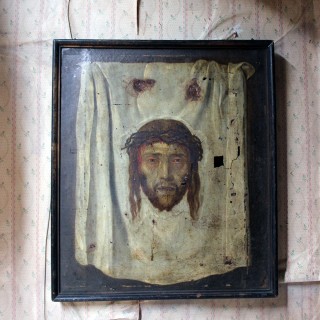 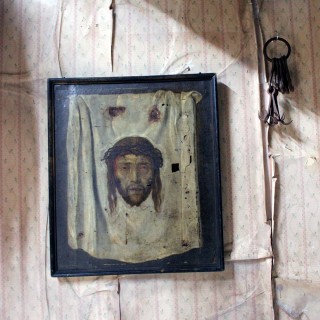 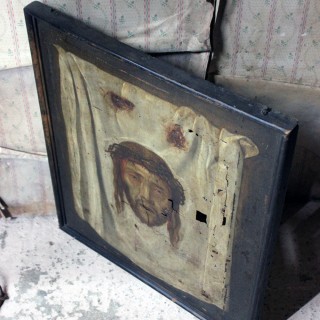 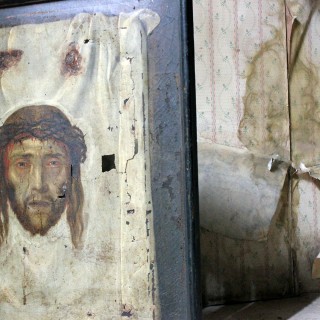 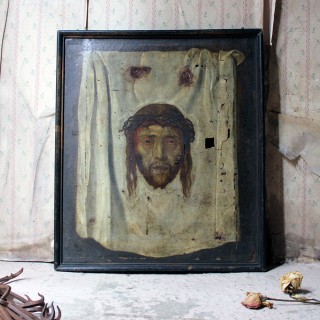 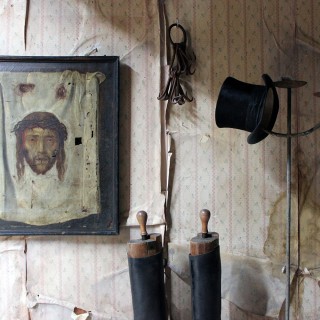 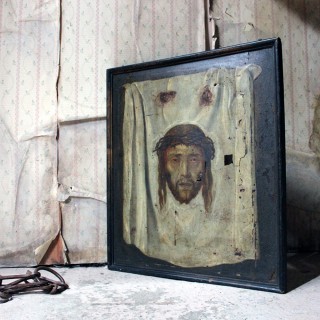 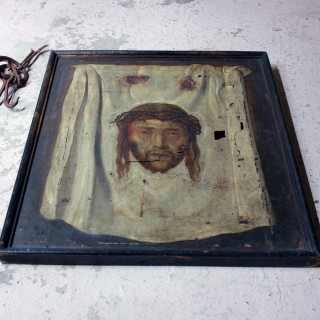 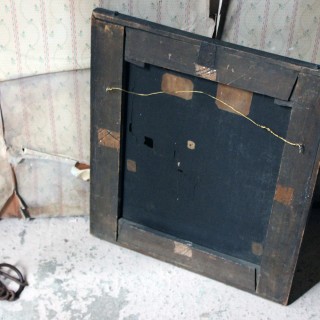 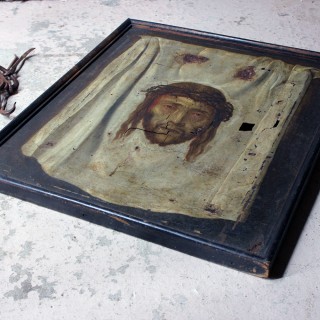 After Domenico Fetti; The Veil of Veronica; An Early 18thC Spanish School Oil on Canvas

The Spanish school oils on canvas of The Veil of Veronica after Domenico Fetti (c. 1620), showing Christ’s image on the veil, in its original primitive painted wooden frame, and surviving from the first quarter of eighteenth-century Spain.

Domenico Fetti was in Rome in 1606 when the Veil of Veronica, one of the oldest and most venerated relics in Christendom, was installed in the crossing of St. Peter’s Basilica. According to medieval legend, the veil belonged to a woman who took pity on Christ as he toiled with his burden of the cross to Golgotha. She gave Christ her kerchief to wipe his brow, and when he returned the cloth, his image miraculously had been impressed upon it. This kerchief was believed to have been preserved as the relic called the “true image” or, in Latin, vera icon . In time, these words combined to form “Veronica,” the name given by legend to the compassionate woman at Golgotha.

Fetti’s depiction of the relic is compellingly realistic. Isolated against a dark background and draped over a bar, the fabric’s texture, folds, and fringed border are rendered with painstaking care. Hovering on its surface is Christ’s visage — the flesh solidly modeled and tangible. Fetti’s amazingly true image of the “true image” is, in a sense, a metaphor of the task of the painter. This is not merely a brilliant and self-conscious exhibition of the painter’s skill, however, but a sensitive and deeply felt portrayal of Christ at the moment of his most intense physical and spiritual suffering.

The veil kept in St. Peter’s Basilica, removed in the Middle Ages, has since been returned, where it’s kept in the chapel behind the balcony of the southwest pier upholding the dome. Each year, the Holy Face is brought out for display on the Fifth Sunday of Lent, with a blessing occurring after Vespers, followed by a procession inside the basilica.

A very emotive and evocative work, totally un-meddled with since its execution.

The picture is in as found condition with it being tired, dirty and un-restored. There are several puncture marks as photographed. The frame is original to the work and there are original iron fixings to the reverse. It could be restored of course though it is charming and original in this state.

After Domenico Fetti; The Veil of Veronica; An Early 18thC Spanish School Oil on Canvas