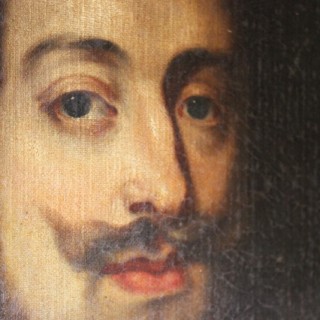 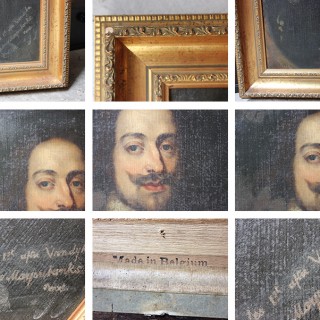 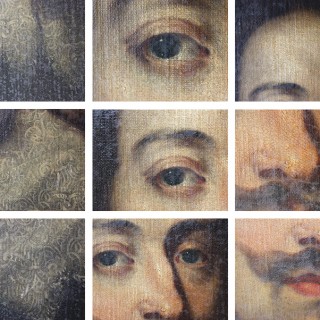 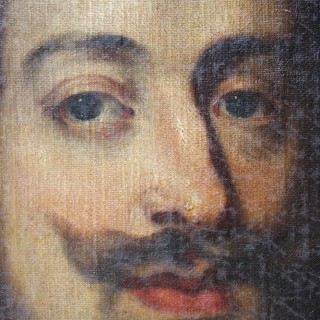 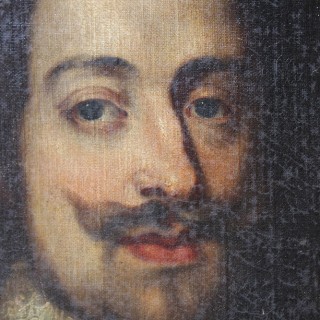 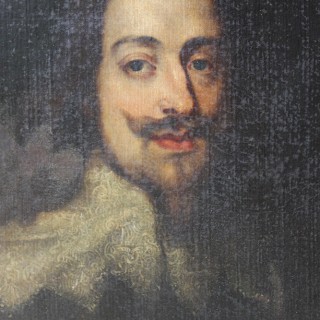 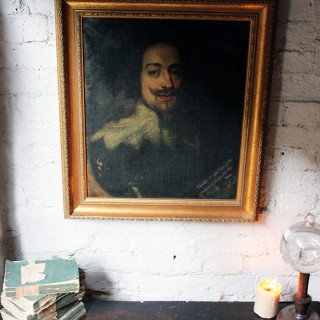 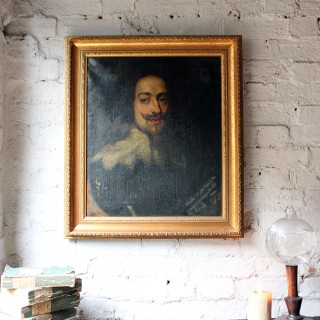 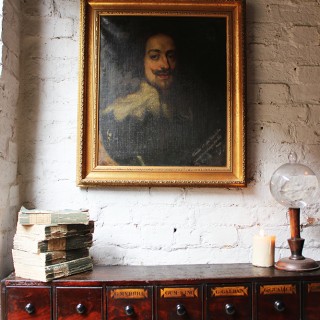 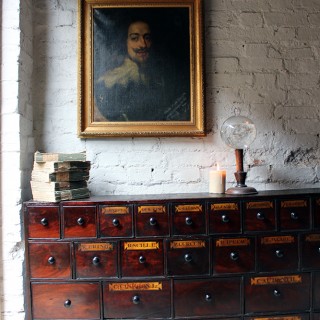 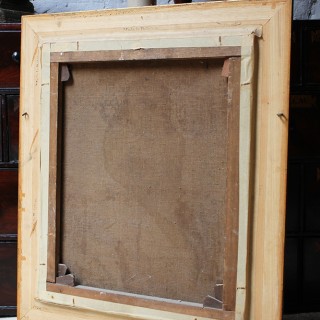 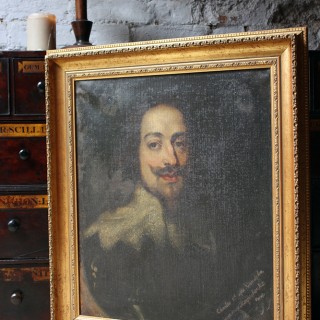 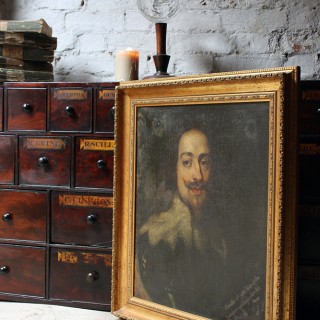 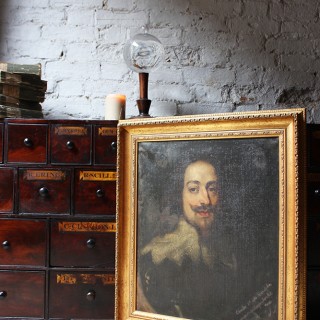 After Sir Anthonius Van Dyke; A Good Oil on Canvas Portrait of Charles I by Dame Frances Anne Marjoribanks c.1840

The well painted oil on canvas depicting Charles I (1600-1649) of England on a dark ebony ground, in typical period attire with white lace ruff, facing out to the viewer, surviving from the first half of the nineteenth century, presented in a later gilt frame, and signed ‘Charles 1st after Van Dyke, Frances Anne Marjoribanks Pinxit (Latin for ‘by’) lower right.

This picture is certainly well realised, when one studies the way the facial lines, eyes and the texture to the skin is all executed then it is clear than the hand is accomplished. We cannot find any information on the artist but further research may well prove fruitful.

Dame Frances Anne Marjoribanks, died in Hendersyde, Torquay, in the county of Devon, 13th of April, 1902. She married Sir William Marjoribanks of Lees, fourth Baronet, in 1860, and when he died in 1886 the title became extinct. She was the daughter of Baldwin Duppa of Hollingbourne House, and Malmaynes Hall, both in Kent.

Sir Anthony van Dyck, 22 March 1599 – 9 December 1641, was a Flemish Baroque artist who became the leading court painter in England, after enjoying great success in Italy and Flanders. He is most famous for his portraits of Charles I of England and his family and court, painted with a relaxed elegance that was to be the dominant influence on English portrait-painting for the next 150 years.

Charles I (19 November 1600 – 30 January 1649) was monarch of the three kingdoms of England, Scotland, and Ireland from 27 March 1625 until his execution in 1649. The trial of Charles I was one of the most momentous events ever to have taken place in Westminster Hall. Kings have been deposed and murdered, but never before had one been tried and condemned to death whilst still King. Convinced that there would never be peace while the king lived, a rump of radical MPs, including Cromwell, put him on trial for treason. He was found guilty and executed on 30 January 1649 outside the Banqueting House on Whitehall, London.

A worthy work by a more than capable hand, and in this case a Lady of title, painting a revered monarch.

The work has not been restored or cleaned and there are areas of wear and abrasion with a few small losses and patch repairs to the paint layers. He remains quite dirty with spotting across the canvas, and dry areas, please see our photographs for visual reference. The frame is in keeping with the work but is late 20thC and has ‘Belgium’ stamped to it verso.

After Sir Anthonius Van Dyke; A Good Oil on Canvas Portrait of Charles I by Dame Frances Anne Marjoribanks c.1840