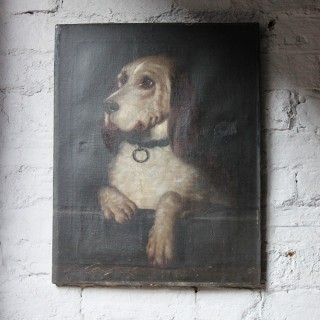 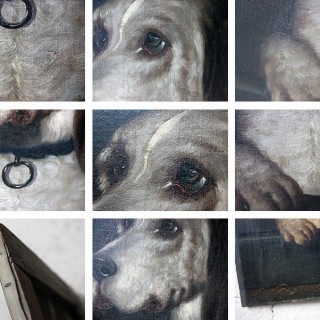 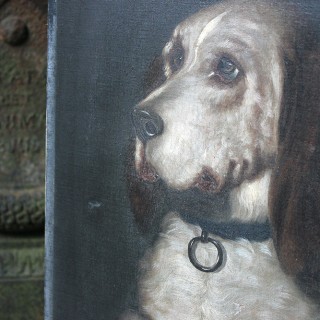 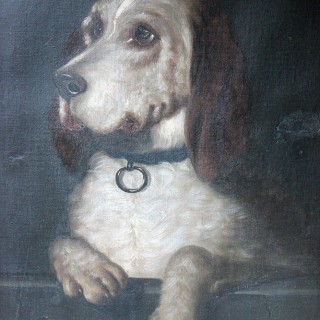 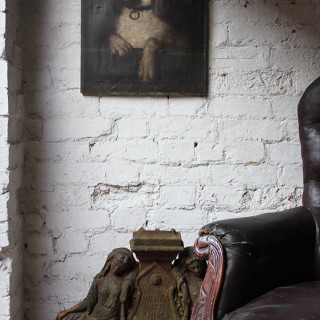 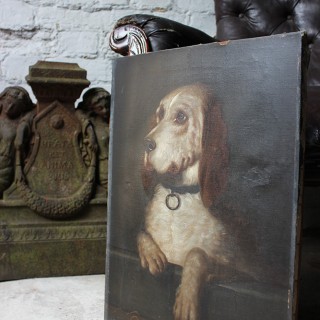 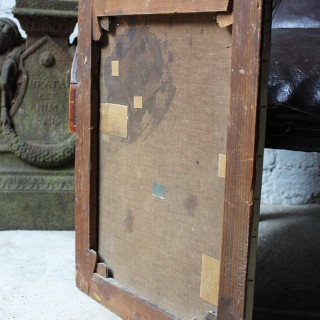 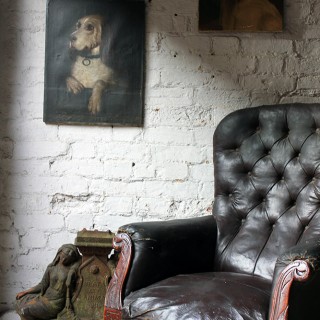 The late nineteenth century oil on canvas presented unframed depicting a bloodhound named ‘Grafton’ with collar, the whole a copy of Sir Edwin Landseer’s ‘Dignity and Impudence’ of 1839 with the west highland terrier ‘scratch’ omitted from the composition.

The painting is in relatively tired and distressed condition with six patches to the reverse. One of these is noticeable from the front. He remains uncleaned and there is a frame for the picture which can be provided with it if required. Overall the work remains a nice decorative picture but could be restored if so desired.

Landseer’s dog paintings of the 1830s are among his most celebrated works and Dignity and Impudence remains the most popular of all. Many, including this work, consist of commissioned, life-size ‘portraits’; the rest are independent subjects, smaller in scale and usually with a narrative content. Here Landseer wittily contrasts the scale and character of a bloodhound called Grafton and a West Highland terrier called Scratch. Both dogs belonged to Jacob Bell, who commissioned the picture. The picture’s composition parodies the Dutch portrait tradition, whereby the subject is framed by a window, with an arm or hand extending over the edge, just as the bloodhound’s paw hangs over the edge of the kennel.

This picture effectively does what Landseer drew attention to which was the dogs’ ‘human’ characteristics: the soulful look and gentle dignity of the bloodhound and the smooth, variegated textures.

Of a hugely popular subject this is a super little painting, which does, what Landseer intended and that is to personify the dog.