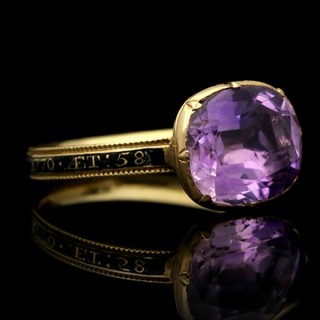 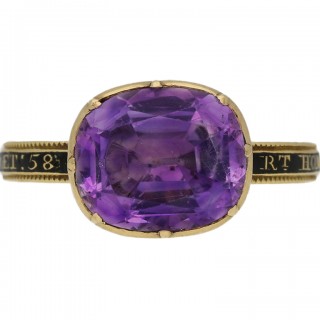 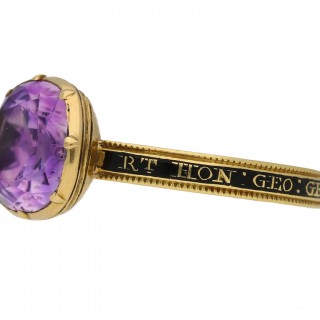 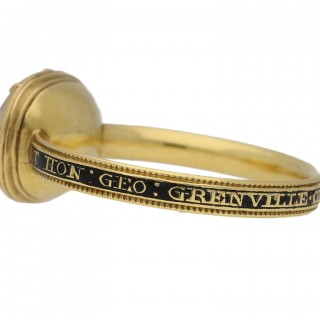 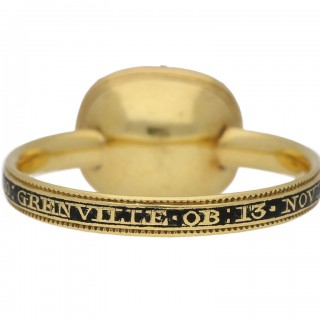 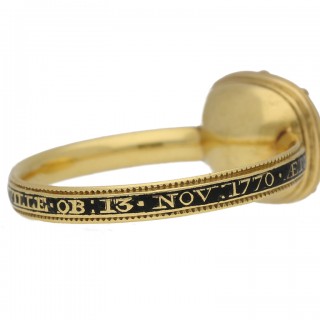 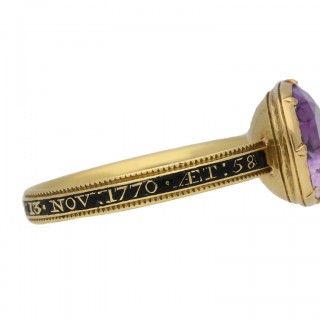 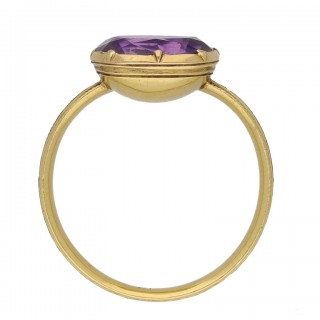 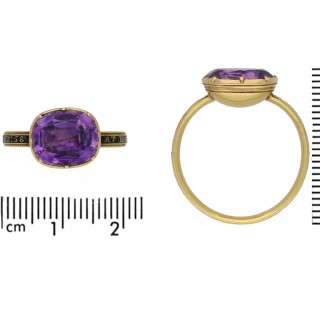 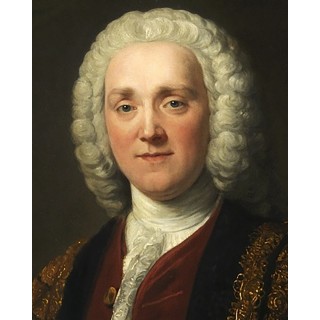 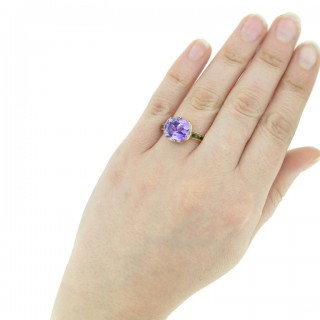 Amethyst memorial ring for the Right Honourable George Grenville (British Prime Minister, 1763-1765). Set to centre with one cushion shape old cut amethyst in a closed back cut-down setting with an approximate weight of 5.00 carats, to a solitaire design featuring stylised claw detail, ridged borders and closed backholing, leading to integrated shoulders and flowing through to a half round shank, the exterior reading ‘RT HON GEO: GRENVILLE. OB:13. NOV:1770. AET 58. OB’ in gold on black enamel. Tested yellow gold, English, circa 1770.

George Grenville (14 October 1712 – 13 November 1770) was a prominent British Whig statesman during the reign of George III. Educated at Eton and Christ Church, Oxford University, he led a distinguished political career, which included holding the positions of Treasurer of the Navy, Leader of the Commons, Northern Secretary, First Lord of the Admiralty, and ultimately, Prime Minister. He is perhaps best known for the Stamp Act of 1765 on the American colonies which, due to major opposition there, played a part in provoking the revolution. He was one of five brothers, all of whom became MPs, as did his sons, George and William.

Due to the large size and quality of the ring it may well have been commissioned as commemorative piece to be worn by his son, William Grenville, who also went on to serve as Prime Minister from 1806 to 1807.