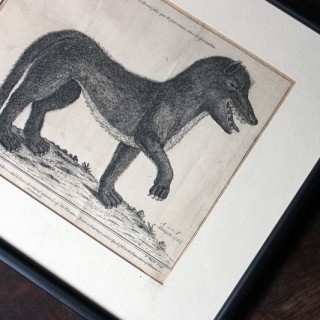 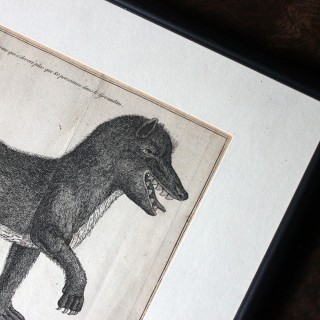 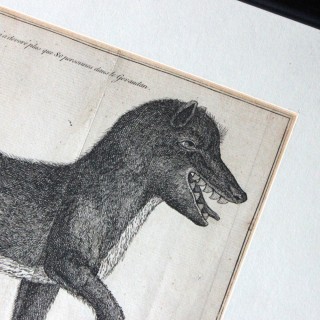 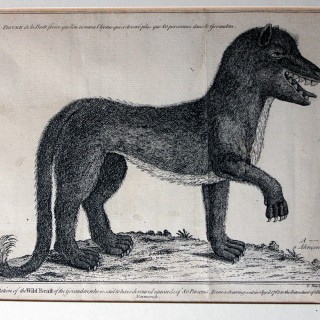 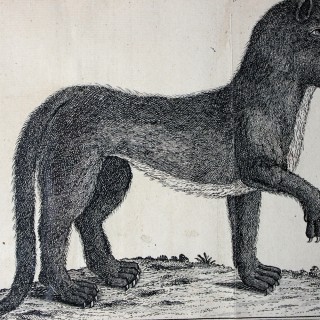 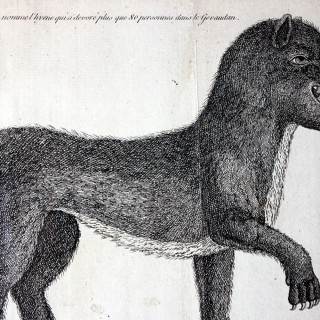 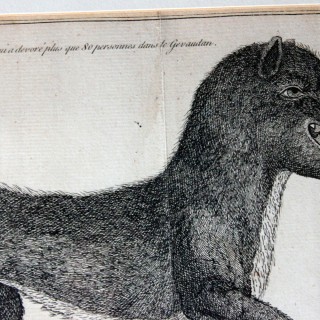 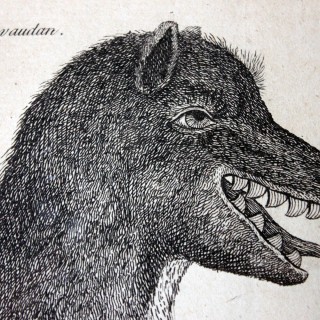 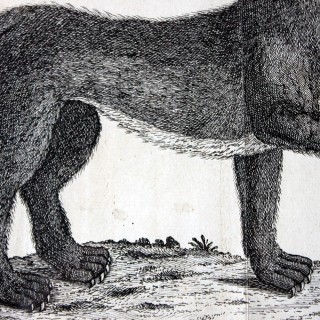 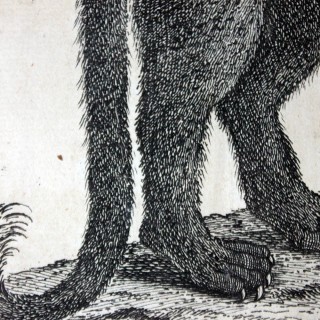 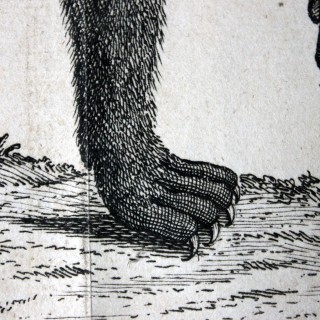 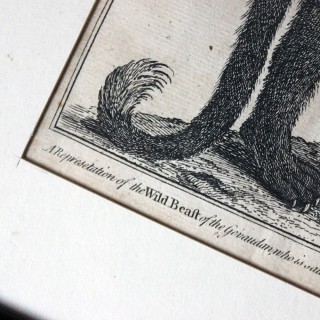 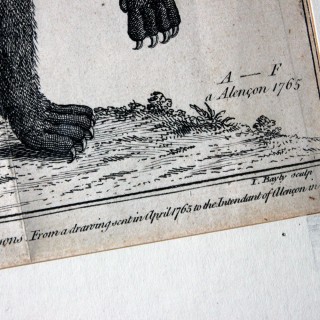 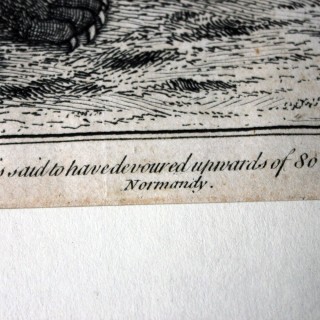 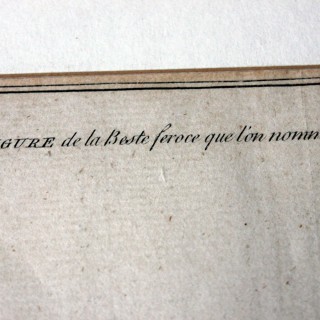 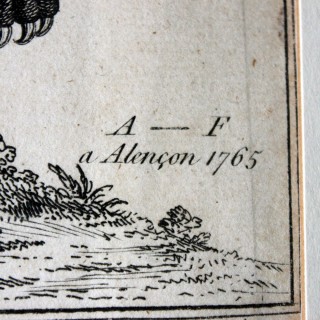 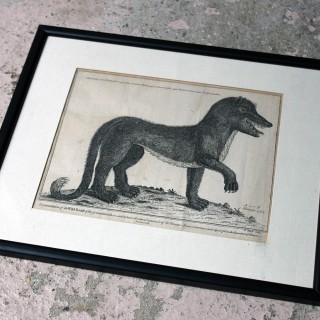 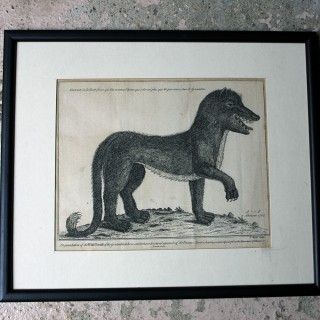 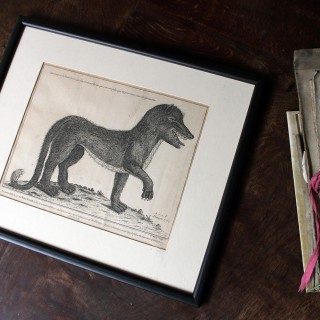 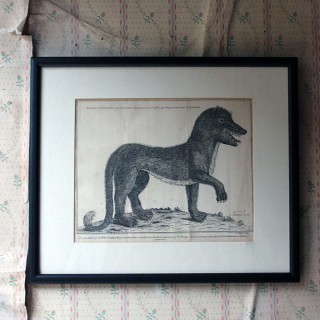 An 18thC Engraved Representation of the Wild Beast of Gévaudan by John Bayly c.1765

The very scarce engraving by John Bayly (1755-1782 (fl.), showing a representation of a beast resembling a wolf with a large head, said to have devoured more than 80 persons in the Gévaudan, after a drawing submitted to the Intendant of Alençon in 1765, lettered with a title in English and French and surviving from the very early George III period.

John Bayly was an engraver and cartographer who mainly produced views and portraits as well as a number of important maps including “The city guide or a pocket plan of London Westminster and Southwark with the new buildings” for Thomas and John Bowles, 1761. Drawings like this one show how residents of Gévaudan tried to depict the Beast as wolves or fabulous creatures.

Between 1764 and 1767 a mysterious creature called the Beast ravaged the rural region of Gévaudan, France. About 100 men, women and children reportedly fell victim to La Bête du Gévaudan. While many French at the time presumed the Beast to be a wolf and many modern scholars agree, some have suggested that the Beast may not have been a wolf at all.

Historians, scientists, pseudoscientists and conspiracy theorists have all proposed theories about what the Beast was. Among the suspects: a Eurasian wolf, an armored war dog, a striped hyena, a lion, some kind of prehistoric predator, a werewolf, a dog-wolf hybrid and a human. Others have suggested that a human serial killer may be responsible for the attacks. Many of the Beasts victims were reported to be decapitated, something few animals could do. While it is unlikely that a killer would roam about for victims in broad daylight wearing a bestial costume, those who support this theory believe that the human killer used an animal to carry out the crimes.

A rare engraving, indeed, we can only find one other in the British Museum, and one that tells of a mystery unsolved.

There is only expected wear to the engraving with one fold crease mark as photographed. The frame is contemporary and in perfect order being ivory mounted and glazed.

An 18thC Engraved Representation of the Wild Beast of Gévaudan by John Bayly c.1765