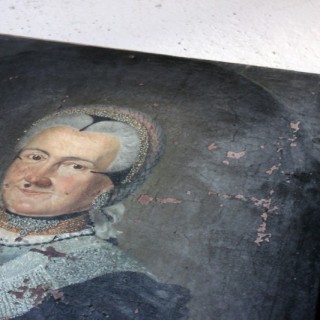 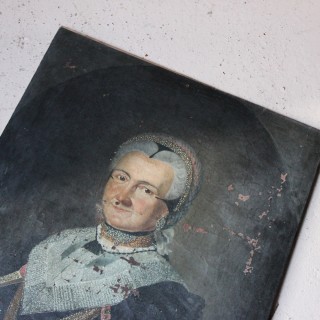 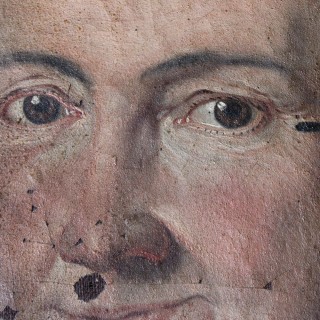 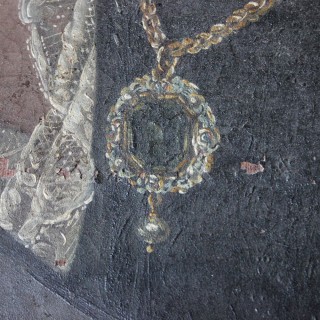 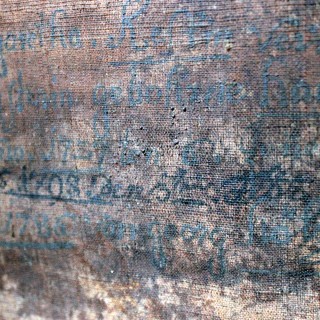 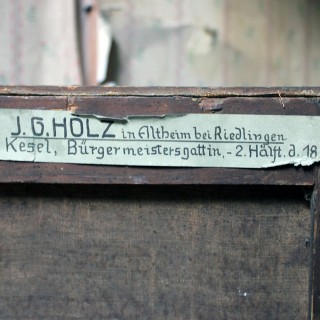 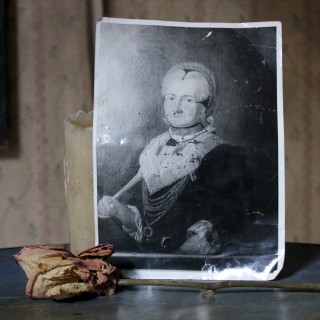 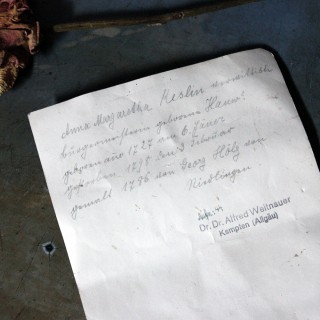 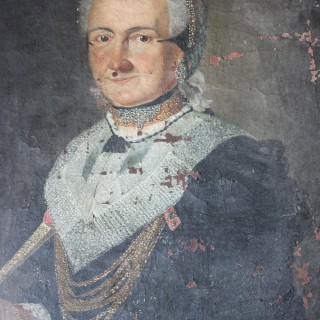 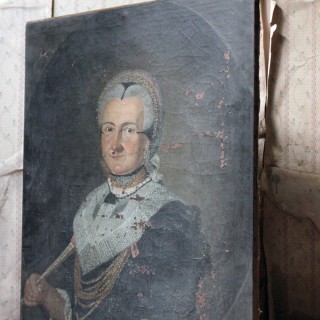 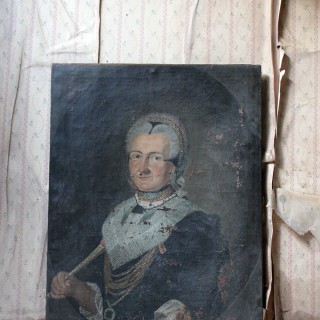 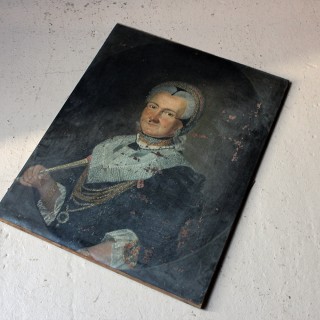 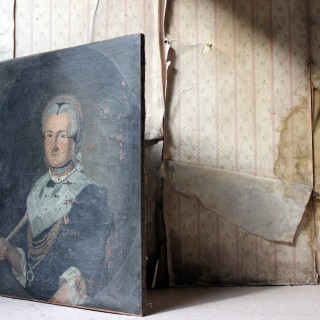 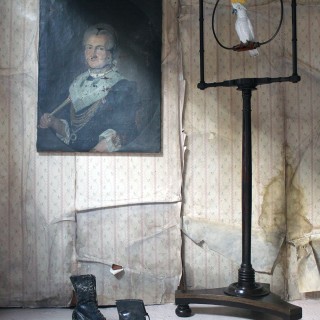 The very well executed German School half-length oil on canvas portrait, showing Anna Margaretha Keslin (nee Hau) (1727-1798) at the age of fifty-nine, in a beautiful black lace dress with period white lace undergarment, swathes of gold chained necklaces with a large pendant jewel, and wearing various other jewellery adornments, in a typically German head-dress with pearls, shown holding a hand-fan, the picture accompanied by a mid-twentieth century black and white photograph of the painting with annotated notes of research, and surviving from the last quarter of eighteenth century Germany and the southern district of Kempten.

Verso the picture becomes all the more interesting with the paper label reading; “j g hölz in altheim bei riedlingen a.m. kesel, burgermeistersgattin, 2 halft d. 18 jh” and many partly indecipherable ink inscriptions to the canvas which Dr. Alfred Weitnauer has partly jotted down on the reverse of the accompanying photograph.

Johann Adam Kesel (1700-1776) was a German merchant and mayor of the imperial city Kempten. His second wife, whom he married on August 29, 1762, was the sitter, who was born in 1727 as Anna Margareta Hau (daughter of Hieronymus Hau ) from Kempten, and who died in 1798 and was buried on February 6. She would have been wealthy, largely through this association, as shown in her dress and jewelry in this portrait. Anna’s father was the painter Hieronymus Hau (1679-1745) who was a Swabian painter.

The accompanying photograph of the painting is inscribed verso by Dr. Alfred Weitnauer, (1905-1974) who was a German writer, home keeper , historian and folklorist. Among his achievements is the coinage of the name Allgäu and the writing or the publication of dozens of historical works that deal with the history of the Allgäu and its families. It appears he undertook research of this painting in 1944. It is unclear if the painter was ‘J G Hölz’ referred to on the paper label to the reverse.

Not just a very decorative period portrait but one with a huge amount of backstory and featuring a prominent sitter.

The picture is in decorative aged condition without the meddling of restoration. It shows areas of thinning to the canvas, and some paint loss, please refer to the photographs for a full visual reference. It has not been restored or cleaned as such.