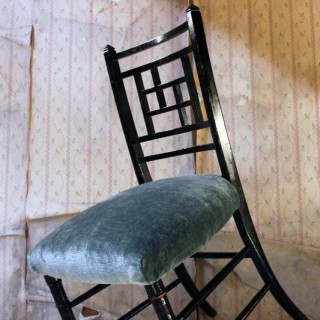 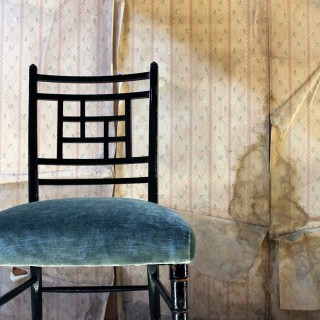 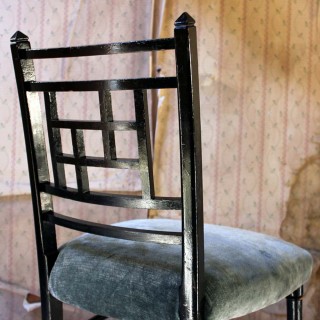 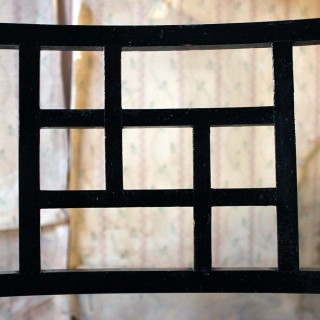 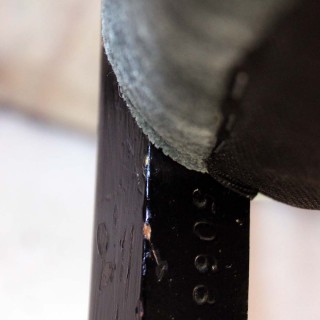 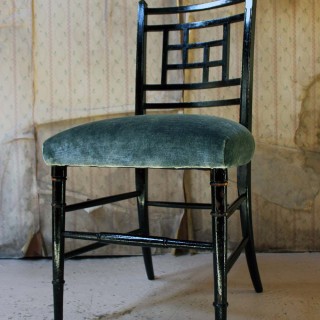 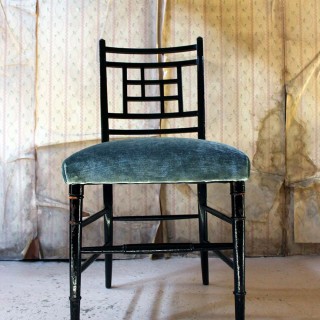 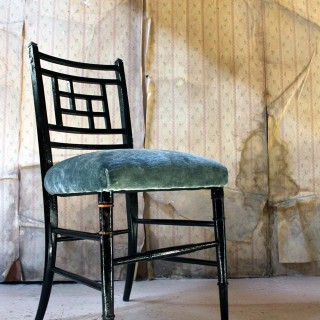 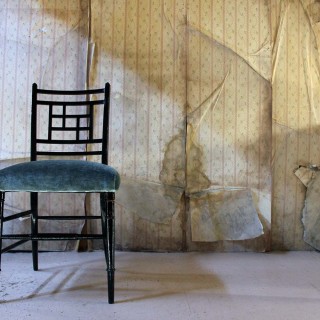 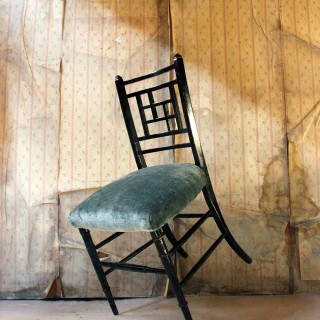 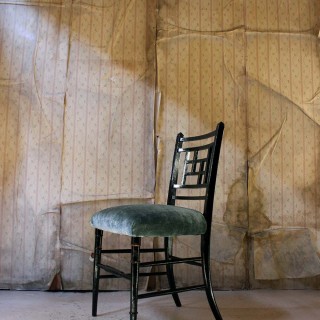 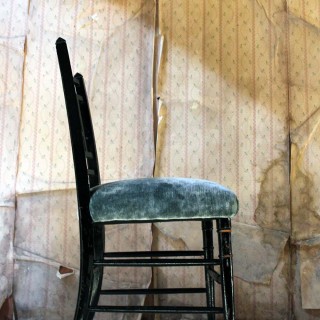 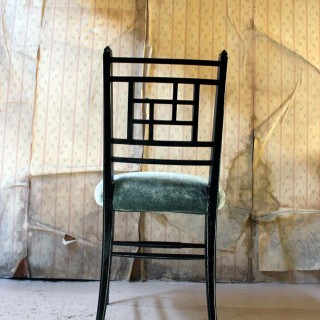 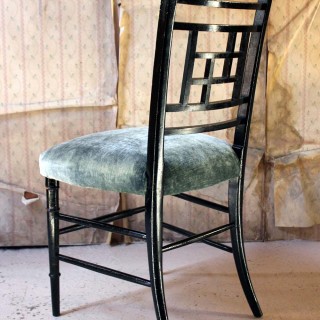 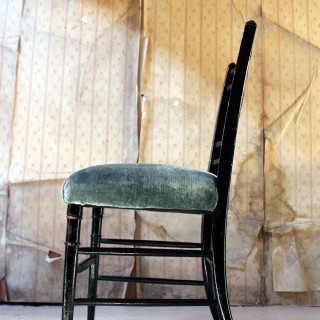 An Aesthetic Movement Ebonised Side Chair in the Manner of E.W. Godwin c.1875-85

The ebonised reeded frame with a pierced geometric panel lattice back to peaked finials, on four ring turned legs, the sprung seat upholstered in a jewel turquoise velvet, with one rear leg stamped ‘50683’. surviving from the late Victorian period and inspired by the designs of E.W.Godwin.

The aesthetic movement can be seen as the bridge to the arts and crafts style. It often had formalised, restrained ornamentation, and was heavily influenced by Japanese decoration, knowledge of which flowed to the West in the nineteenth century through oriental imports. It rebelled against the lavish ornamentation and over-embellishment of the high Victorian period, and sought a purer, more precise level of expression. This chair is very similar to pieces by William Watt. See Soros, Susan Weber ‘The Secular Furniture of E.W. Godwin’, p. 113, illus. 137 for a comparable example.

Godwin a true pioneer of his day, a revolutionary of his time the Godfather of the modern movement and a significant leader in the influence on domestic design, one of the first people to incorporate economy and hygiene into his furniture, his thinning designs using as little wood as appropriate yet making the piece as strong as possible, so even a maid could move the furniture on her own to clean behind and under and designed furniture without dust attracting area’s so important in an age where disease was rife. His disbandment of clumsy or over ornate detailing his lean toward line and form in a purely Japanese style yet he never visited Japan, it is thought that he was most probably the first man in England to decorate his entire house in the Japanese style and drew part of his inspiration from 2 volumes of Hokusai’s Mangwa from which he gained his knowledge of Japanese wood construction and he carefully studied original pieces on display at museums.

A chair with design that was so far ahead of its time it can work in any interior setting thinkable.

The chair has signs of wear to the ebonised finish as you would expect to the extremities, which is attractive. She remains sturdy with the frame tight and there are no losses, repairs or signs of restoration evident. The upholstery is fresh and the stamp to the leg is clear.

An Aesthetic Movement Ebonised Side Chair in the Manner of E.W. Godwin c.1875-85

in the manner of godwin