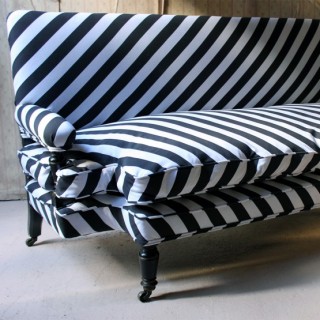 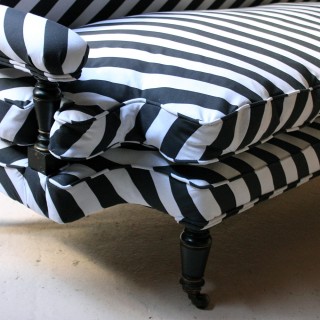 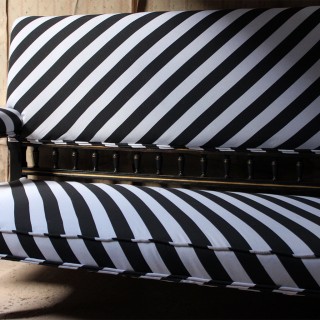 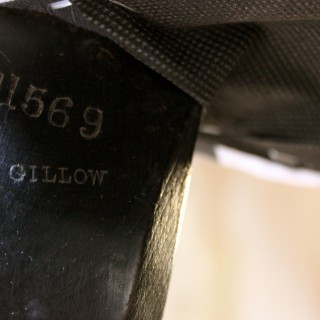 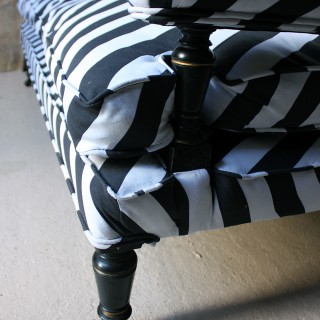 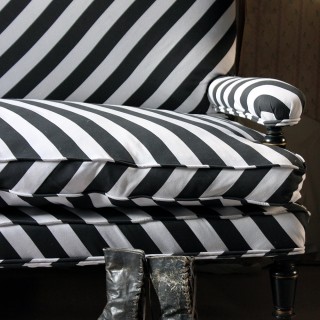 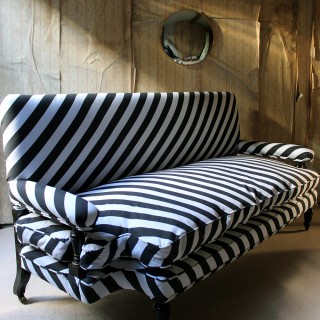 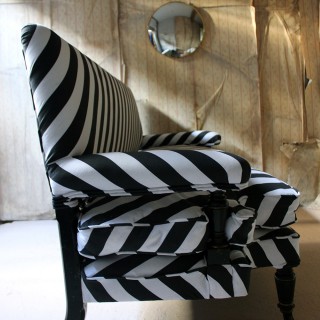 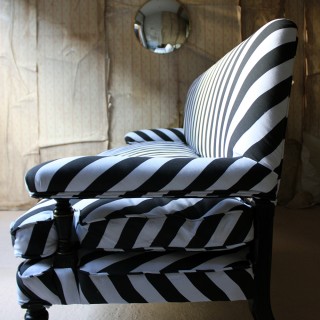 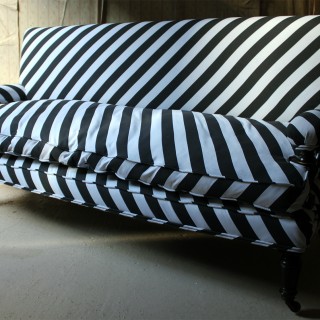 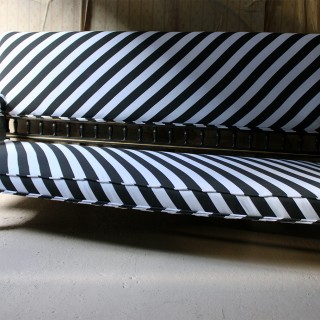 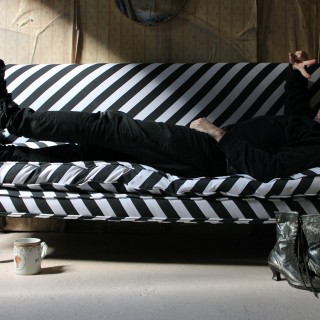 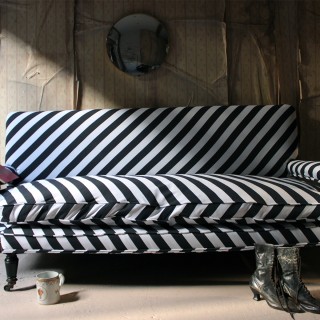 The ebonised three seater sofa upholstered in black and white diagonal striped cotton, each rear leg stamped ‘Gillow 11569’ and Gillow’ respectively, dating the piece to c.1881, the carcass having a straight back with show-rail baluster turnings, to a shaped front with one corner being cut out, to open arms, the ebonised turned supports and legs having gilt highlights, on the original brass castors, survives from the Aesthetic Period of late nineteenth century England.

Gillows might not be as prestigious a name in English furniture as Chippendale, Hepplewhite or Sheraton, but the firm, based in Lancaster, outlasted all of them. The history of Gillows, from the early eighteenth century to the early twentieth, encapsulates the history of English furniture and its manufacture. Robert Gillow began making furniture around 1730, some 20 years before Thomas Chippendale, and developed first a national and then an international reputation as a supplier of quality furniture to the upper middle classes, the landed gentry, and the aristocracy. The company won commissions to furnish and decorate public buildings in Australia, South Africa, India, Russia, Germany, France and the U.S., and it also executed Pugin’s designs for London’s Palace of Westminster from 1840. Severe strain on company finances ensued and led to a loose association with Waring of Liverpool from 1897. In 1903, Waring took over Gillows, and Waring & Gillow was established.

A superb quality frame and a rather bonkers fabric makes this piece hard not to notice.

The sofa is in good condition with the relatively recent upholstery in clean order. The carving is all-present with no losses and the ebonisation is in mainly sound order with expected areas of wear in the right places. She runs freely on the castors and proves very comfortable.