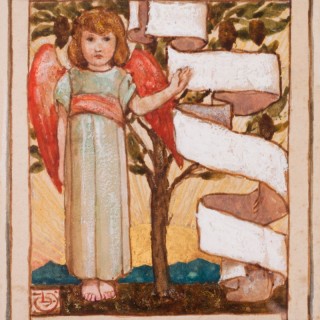 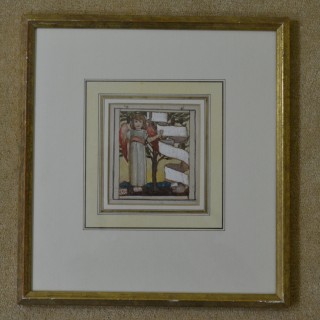 Davis was born in Abingdon, Oxfordshire. He was educated at Abingdon School where he was awarded a foundation scholarship in 1871. In 1891 he became a student of the stained glass artist, Christopher Whall, at this studio in Dorking and was to assist Whall in many of his window commissions. After leaved Whall he joined Lowndes and Drury in Fulham and as he became busier he contracted with the James Powell & Sons to make some of his works and before long he was able to maintain his own design studio in Ewelme, Oxfordshire. Among his most important windows designs are those for: Westminster Abbey, Cheltenham College, St Giles’s Cathedral in Edinburgh, Dunblane Abbey. In addition to his stained glass work he was also a watercolourist, illustrator and author. As a painter he exhibited at the New Gallery, The Royal Society of Painters in Watercolours and elsewhere. He was a member of the Art Works Guild and the Society of Painters in Tempera.