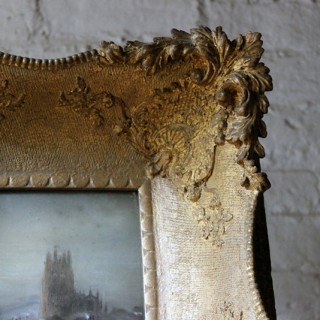 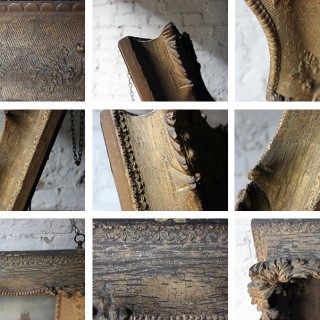 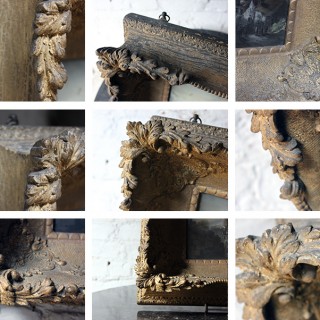 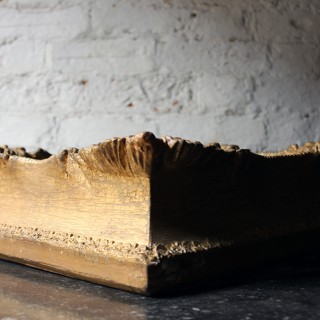 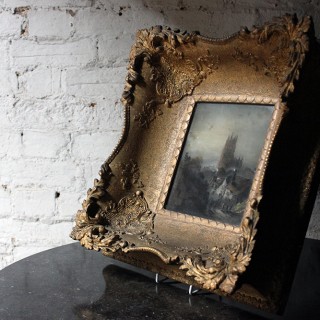 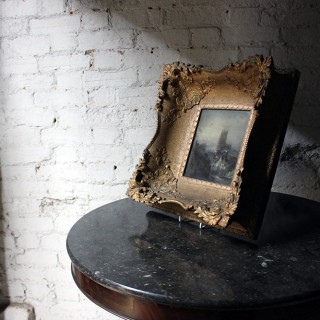 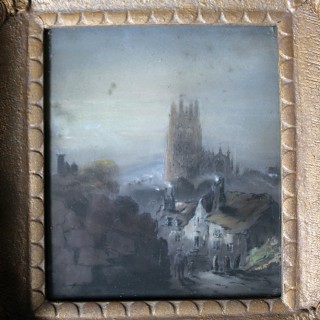 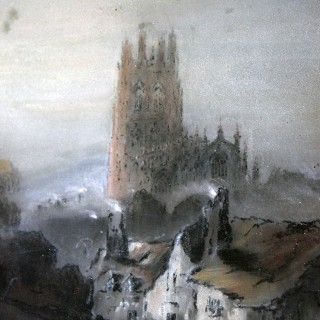 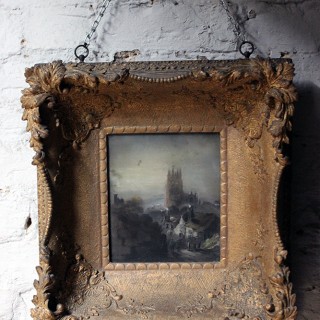 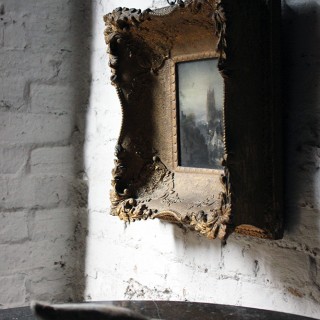 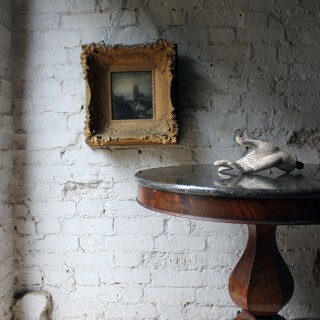 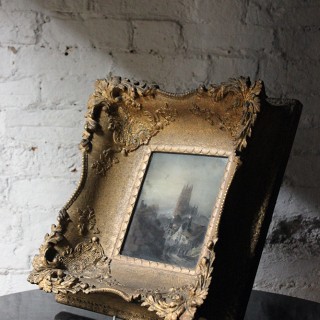 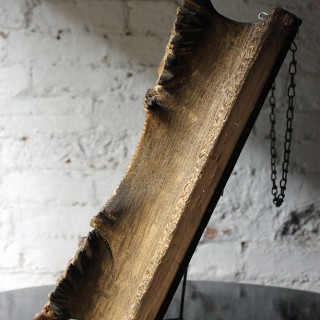 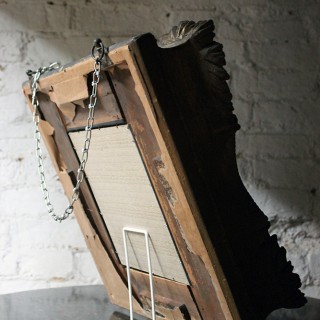 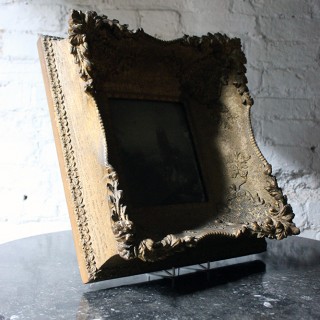 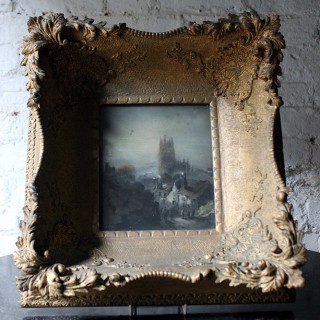 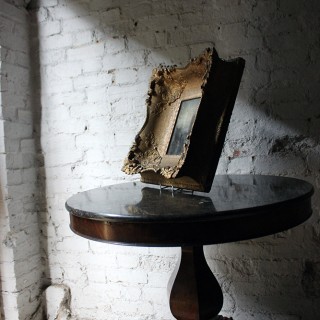 The extravagant five-inch deep swept gesso gilt frame with an aged and distressed gold leaf finish, in the Louis XV revival style, with a gadrooned inner border housing a well realised atmospheric English School mixed media on card, glazed, and depitcing a street scene with figures and church and cathedral spire surviving from the third quarter of nineteenth century England.

By the end of the 19th century, interest in ornament and decoration for frame makers had reached a new peak. Frames from this period often feature corner ornaments in addition to many naturalistic and geometric patterns throughout the moldings. From 1830 to about 1850, styles became popular that were influenced by the French artists designing for Louis XV. Gold or silver leaf generally covered the entire frame. Scalloped edges with delicately applied ornamentation appeared on most expensive frames

Although the picture is well executed and mysterious the museum quality frame takes centre stage here for being so outrageously proportioned; it needs to be seen to really appreciate its blatant, unapologetic exuberance.

The picture itself has been under glass so it is in good overall condition with essentially nothing to report. The gesso frame is in original un-meddled with condition, its surface untouched and has craquelure and wears to the whole with some small losses to the extremities. The patination is wonderful throughout and it has character in abundance. The reverse of the picture has been disturbed and shows a later back-board.