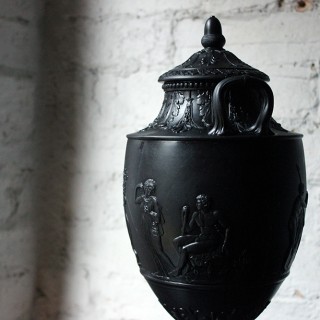 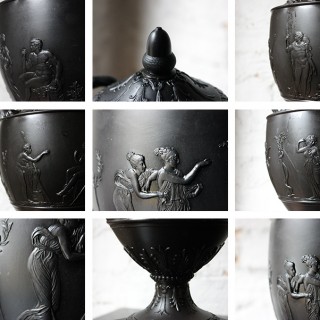 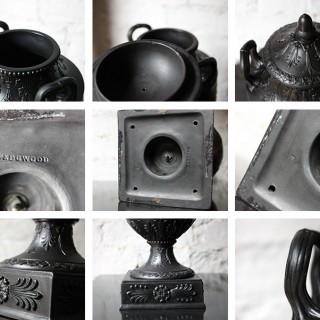 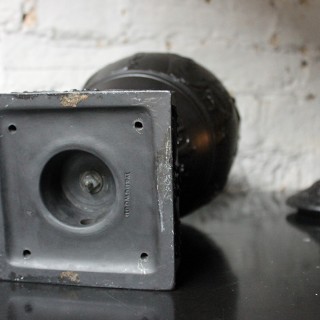 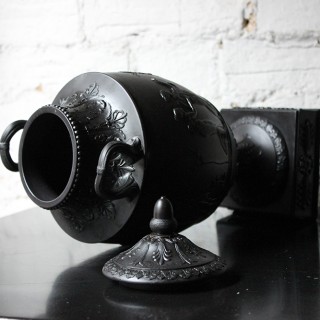 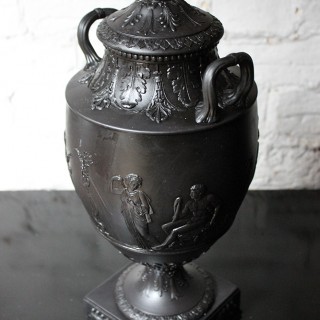 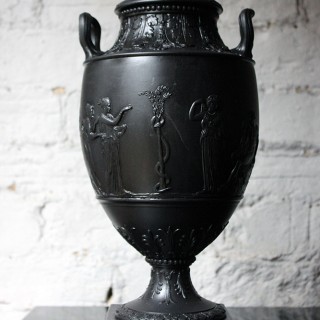 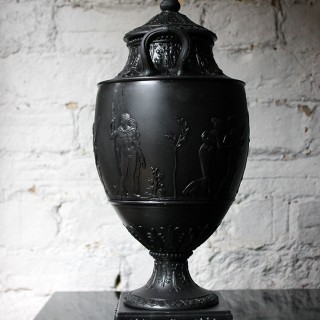 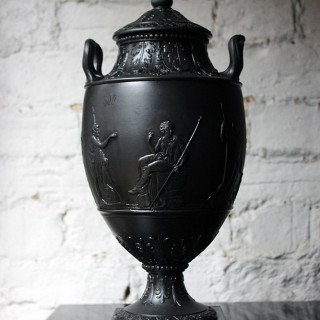 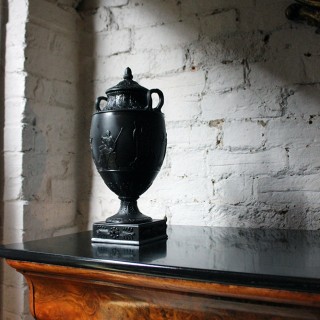 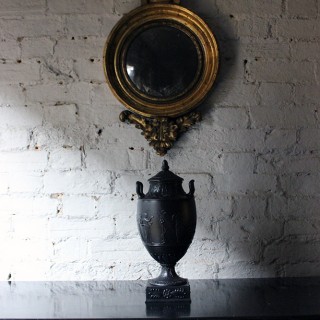 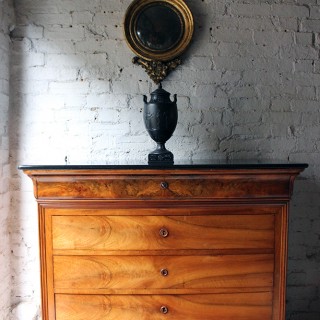 The black basalt ware vase and cover having a gadrooned cover with acorn finial, two up-turned looped handles, the ovoid vase with classical Muses in relief above a wide acanthus band, on a square base with further paterae, having an impressed mark, WEDGWOOD and the letter ‘A’ for 1872.

The impress mark of WEDGEWOOD in capitals and the accompanying letter ‘A’ indicates to us the date of 1872. The year of 1872 in England saw the first final of the FA cup football match, the publication of George Eliot’s Middlemarch and the births of Heath Robinson, Bertrand Russell and Ralph Vaughan Williams; whilst elsewhere Yellowstone becomes the world’s first national park.

The Wedgwood Company is a British pottery firm, originally founded by Josiah Wedgwood c1795, and possibly the most famous name ever associated with pottery. One of the highest pottery innovations of all time is the Wedgwood Black Basalt. Since its innovation, this fine porcelain has been a huge commercial success. It is developed from reddish brown clay that burned black in firing. The ceramic body is quite superior in appearance and its body owed its richer color to the inclusion of manganese. The creations were inspired by original antiques mostly from vases in the collections that had been amassed by early collectors. ‘Black Basalte’ wares were based on Roman, Greek and Etruscan originals, and fitted in perfectly with the neoclassical style that was the dominant fashion for interior design in the 1770s. They were decorated in classical style, too. Basalt wares had perhaps their greatest popularity in the first half of the 19th century

A timeless classical piece, and as Wedgwood himself claimed, ‘The black is sterling and will last forever’.

The piece is in sound condition standing with no losses. The acorn finial has been re-attached at some stage and there are a couple of chips to the inside of the cover. The surface is generally good with a handful of small blemishes to the body which appear to be from the remnants of tape whereby someone has taped the cover on to the body to prevent it falling off in transit; this could gently be removed, please see photographs for visual reference. One of the paterae motifs to the base has a hole through the centre. We have given the piece a light clean.