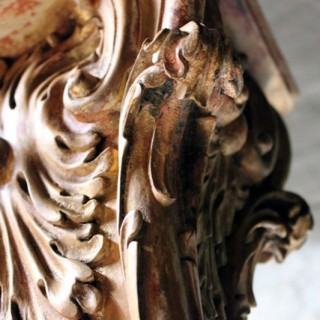 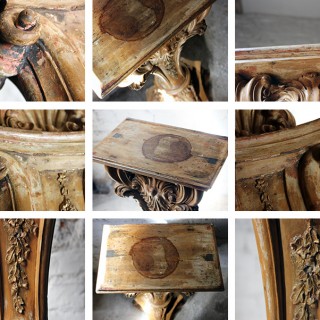 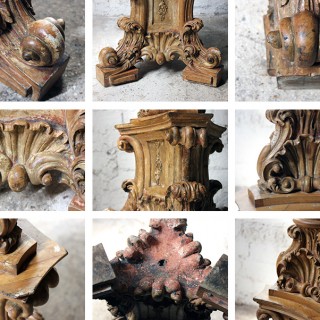 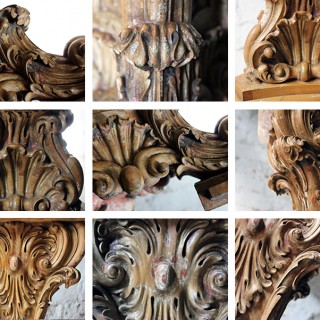 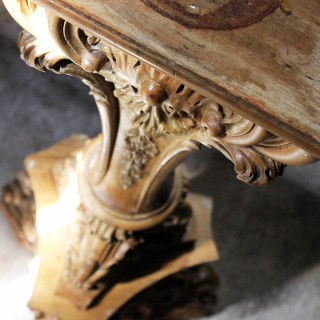 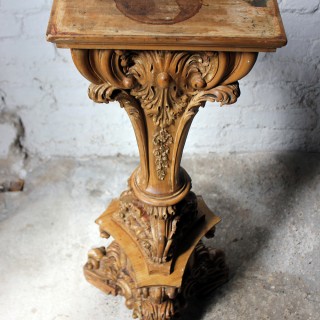 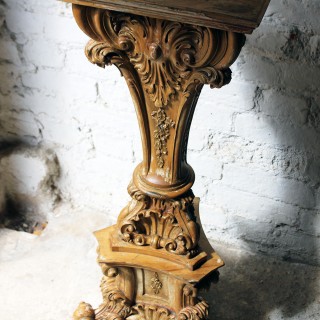 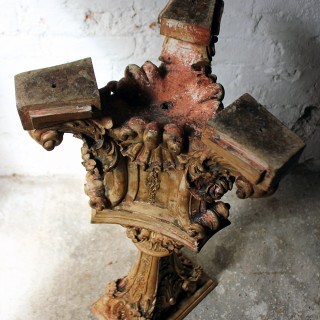 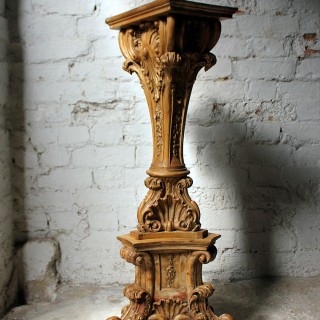 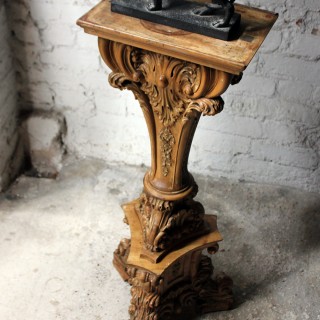 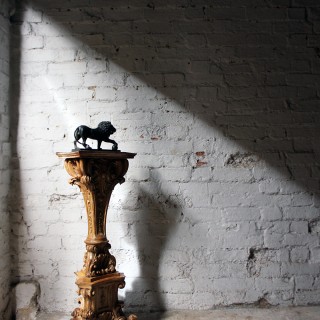 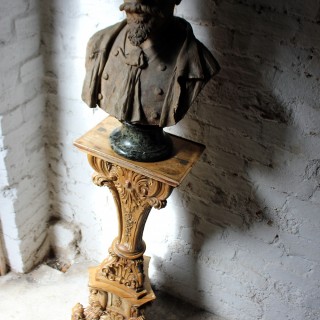 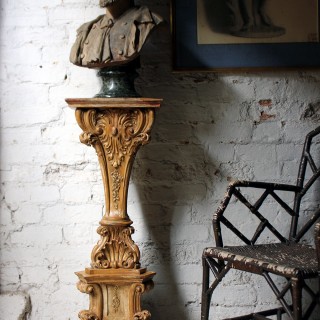 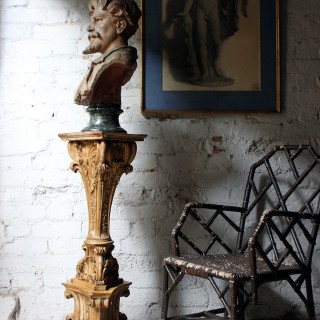 The well proportioned limewood torchère with traces of the original gilding to the carved decoration, having a rectangular shelf top over a waisted triform column profusely carved with C-scrolls, acanthus and oak leaf trails, on a tripartite base with central shells to scrolled feet raised on blocks, survives from nineteenth century continental Europe.

When it was first introduced in France towards the end of the 17th century the torchiere mounted one candle only, and when the number was doubled or tripled the improvement was regarded almost as a revolution in the illumination of large rooms. This example does have a French influence to it, being somewhat Louis XIV c.1700 in manner and also has echoes of the early arabesque style to it.

The torchère is in un-restored original order; we have given it a sympathetic clean, removing dirt from the orifices, though this could be carried out further if so desired. The top has marks with use associated with plant pots and or sculpture and the moulding at the sides of the top are lacking. There are no major losses to the carved decoration and she stands well and stable. Overall she remains in good decorative condition, pleasing in not having been re-gilded or restored in any way, with the red bole showing through in some areas.