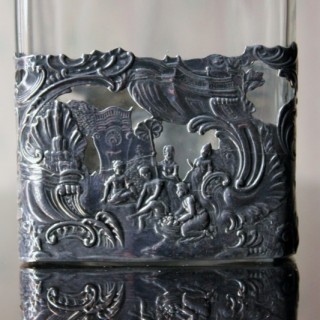 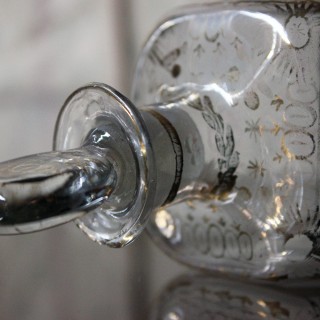 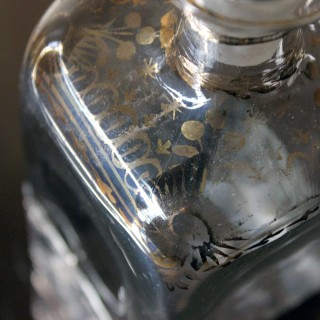 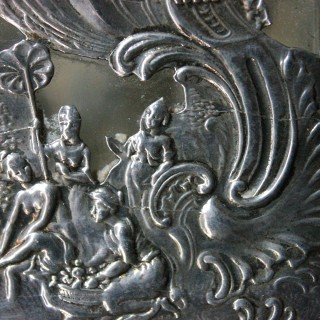 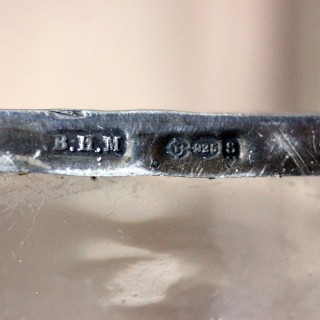 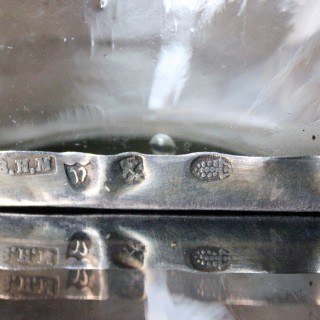 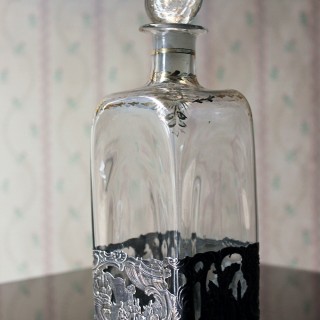 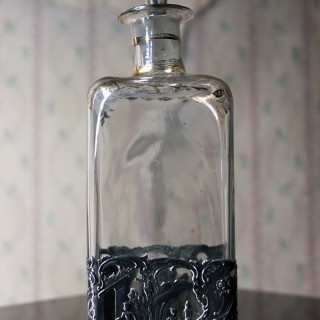 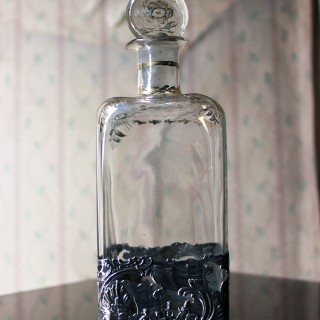 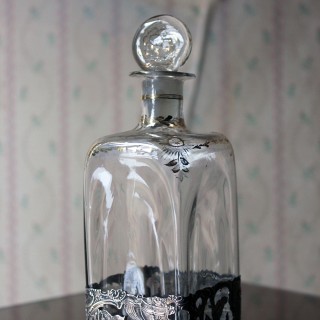 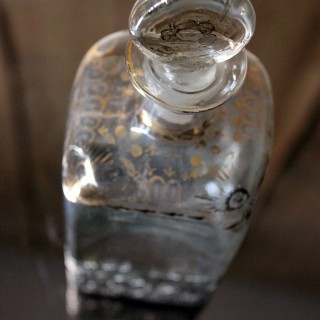 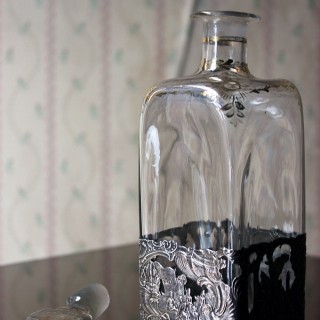 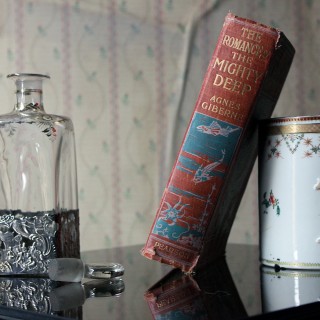 The beautifully proportioned glass decanter of square sleeve form with an applied silver band to the base with pierced and relief figural decoration, with gilt highlights to the upper section and stopper, showing import marks to the base for London 1913, Berthold Hermann Muller of Hanau.

Produced by the silversmith Berthold Muller of Hanau, he was the son of Berthold Muller was also a plate worker who was listed in 1893 as a “manufacturer’s agent” operating from 165 Wardour Street. In 1905 he was joined by his son Berthold Hermann Muller. They carried on business as wholesale silversmiths under the trade name of Berthold Miller (sic) & Son from about 1915 with this subtle anglicisation of Muller secured by a formal change of name. But who was the actual foreign maker of these charming objects of undoubted quality and appeal and finely detailed fans? The answer lies in detecting an almost hidden mark in the design, an artistic small letter “n”. This is the maker’s mark of Ludwig Neresheimer and Co. of Hanau in Germany, near Frankfurt am Main and on the way to Wurzburg, Nurnberg and Augsburg. In Hanau the old town hall was of more recent times used as the “German House of Goldsmiths”, an educational centre for the teaching of silversmithing based on traditional values reflecting the influence of the Huguenots who settled in Hanau at the end of the 16th Century.

The decanter is in good condition with surface marks consistent with some use and wear. There are some overall light scratches to the silver and wear to the gilt, whilst the stopper is original.