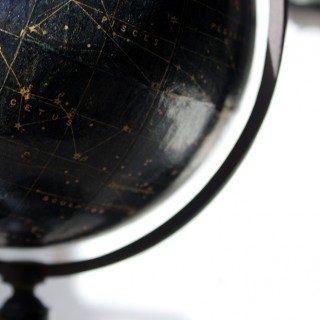 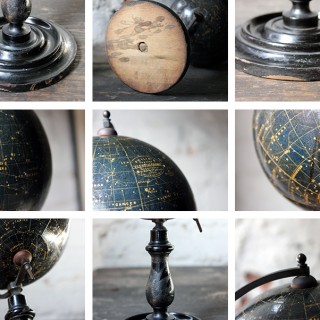 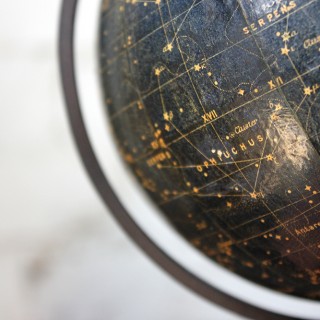 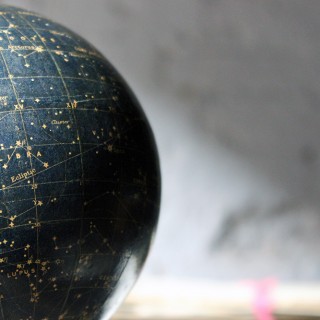 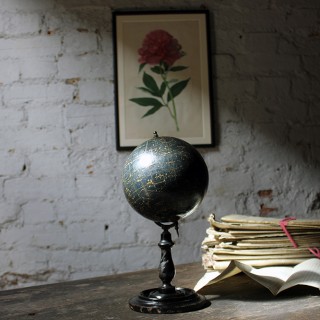 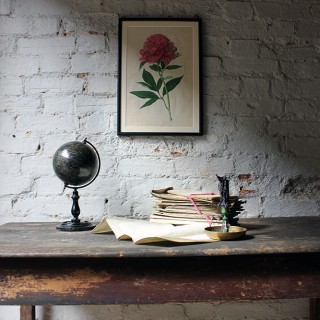 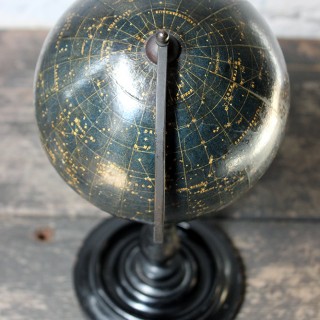 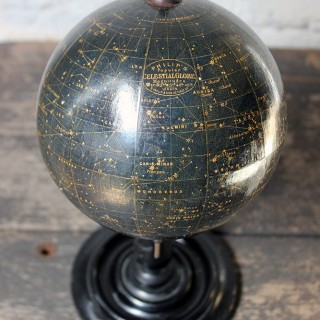 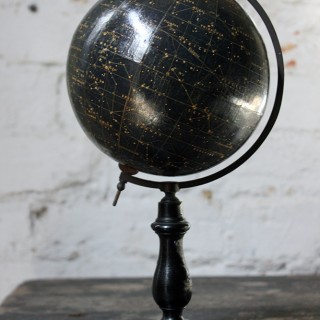 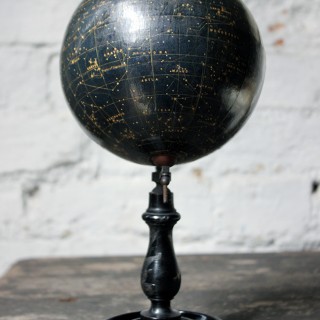 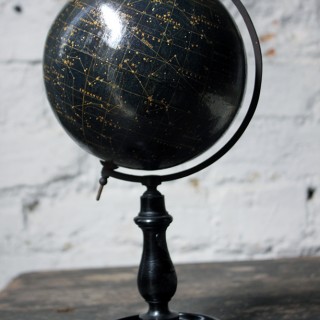 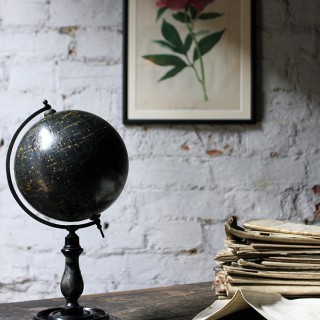 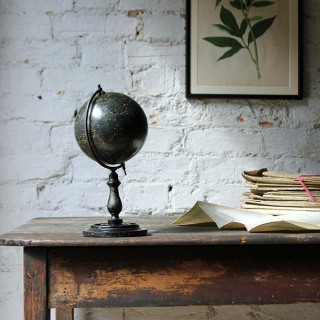 The attractive and well proportioned paper, plaster and cardboard, six-inch celestial table globe concerned with constellations, comprised of twelve midnight blue chromolithographed gores and two polar calottes with a brass half meridian and standing on the original turned ebonised draught turned beech base, the whole prepared by Philips of London, and marked as such to an oval cartouche inscribed ‘Magnitudes 1st/2nd/3rd/4th/5th G Philip & Son, Fleet Street, London” the whole surviving from the first quarter of twentieth century England.

George Philip & Son began as a map and atlas publisher in Liverpool, England in 1834. In 1902, the firm relocated to London and emerged as one of the major globe producers of the 20th century.

This celestial globe shows constellations against a midnight black night sky by solid amber lines connecting the stars and dotted white lines indicating their boundaries. The stars are drawn to five degrees of magnitude. Some stars are named and most are labeled with Greek letters and the Milky Way is indicated. This particular model gave way to an art deco inspired model later in the 1930s.

The globe shows a lovely patination, which comes with a large amount of handling over the years. There are the usual abrasion marks and associated wear that one would expect. There is some abrasion to the baluster base where there has been some adhesive remains that has left some pitting, whilst there is a pen mark to one of the gores to the lower section; please see the photographs for a visual reference. As a whole it remains a very attractive piece in its entirety.