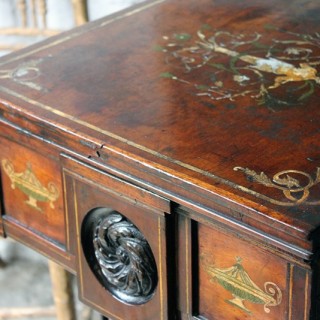 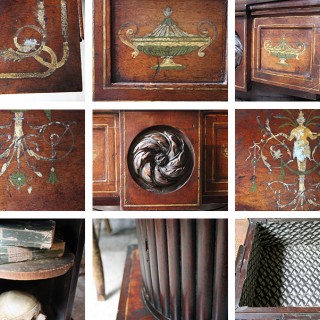 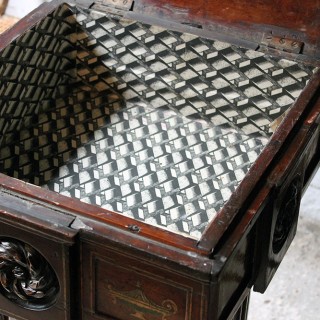 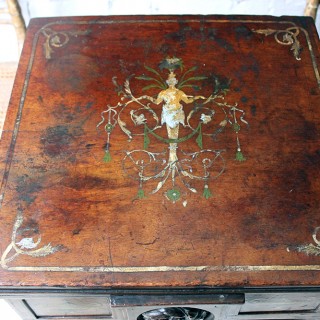 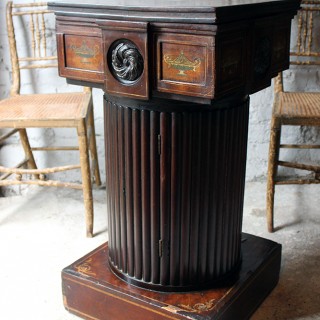 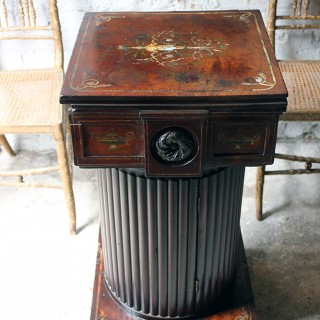 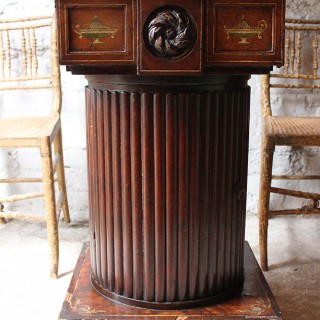 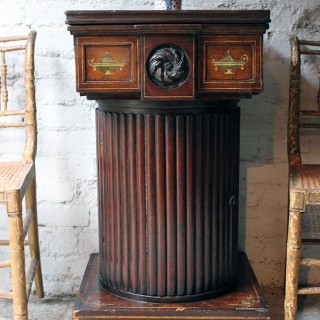 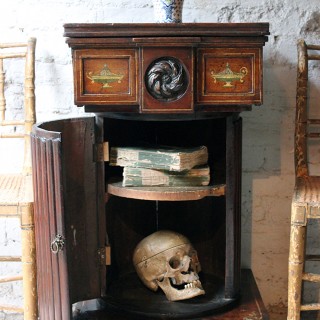 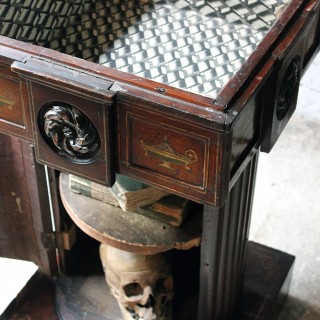 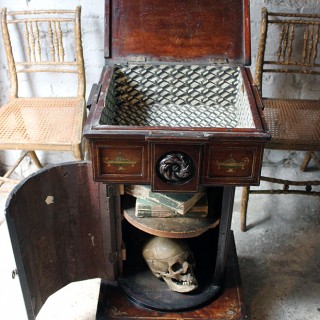 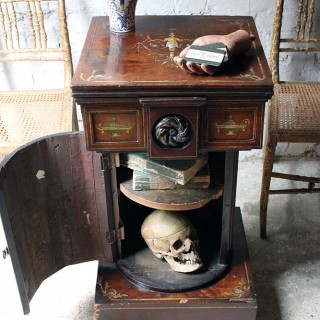 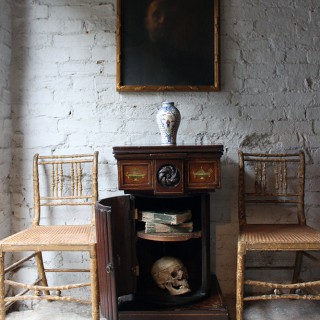 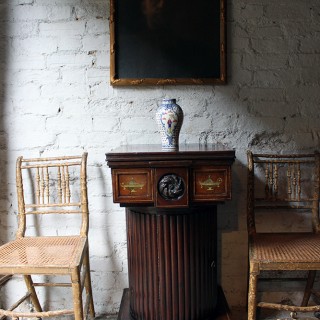 The painted mahogany pedestal cupboard of classical influence having a beautifully decorated square top showing a nymph amongst vines and swags, opening to reveal a vacant paper lined interior above a roundel carved and urn painted frieze, over a cylindrical fluted cupboard with hinged door opening to a shelf, on a further decorated plinth base, the whole of a beautiful colour and patination surviving from the last quarter of the eighteenth century.

The neo-classical imagery used here is simply the last quarter of the eighteenth century distilled with the use of the Adams inspired classical figures, urns, drapery, ribbons, and swags. The central roundels seen on this piece are almost identical to the roundel on the ceiling in Syon House (p.vi The Works in Architecture of Robert and James Adam), which was an early commission for Robert Adam.

With the original paintwork largely being retained the piece is wonderfully original, suggestive and decorative. The cupboard is in the sort of original condition that is hard to find and desirable as such with no additions to note of, she is ever so slightly battle scarred but still sound. The colour to the top is pleasing with marks here and there which you would expect with a piece that hasn’t been re-polished. The lidded interior has an attractive cubist design to the paper which is obviously later but still of good age. There are a handful of areas, which are missing veneer, totalling around five areas of loss. The piece has not been retouched or refinished in any way. If any restoration is to be carried out we would recommend the missing veneer chips to be replaced and then the piece left well alone, retaining its patina. The fluted door has had repairs to it whereby the joins have been strengthened from the inside. There are no signs of worm and we have given her a good wax finish.