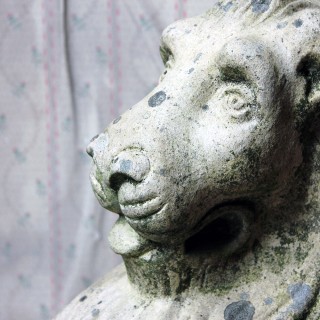 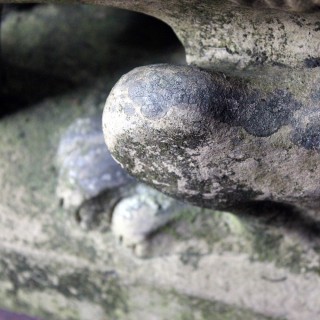 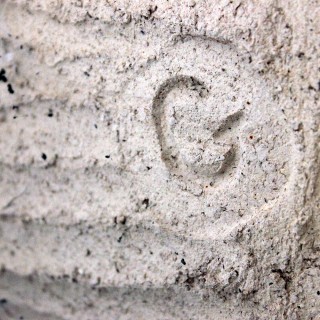 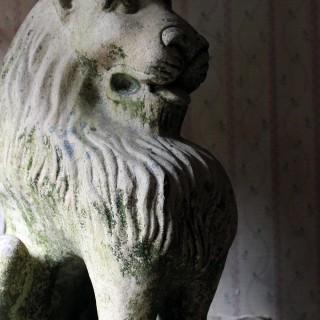 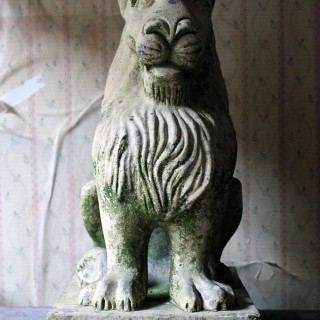 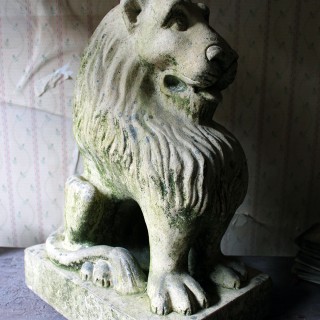 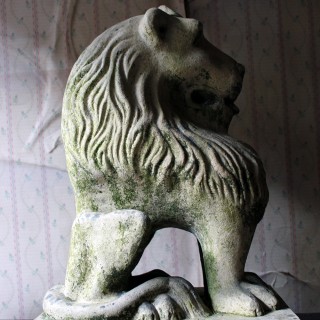 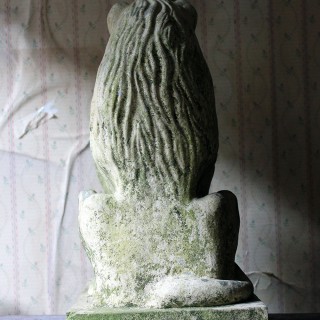 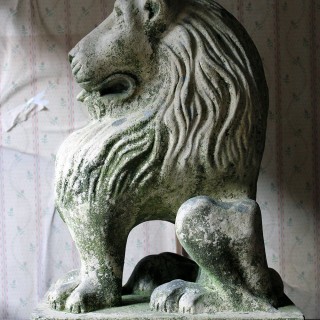 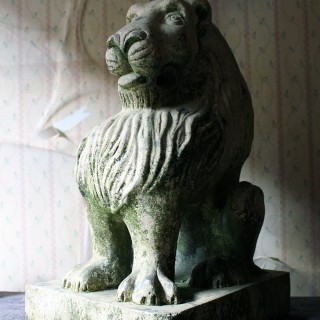 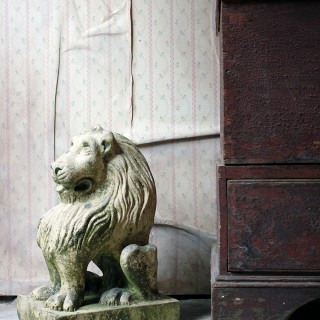 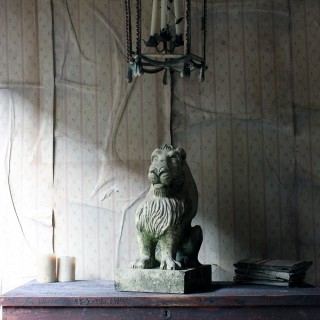 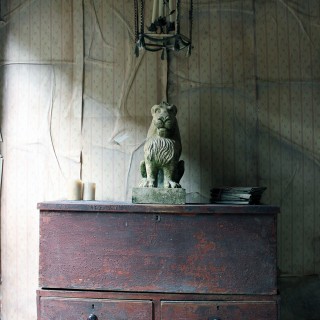 In original condition, the well patinated, seated or assis, terracotta lion beautifully modelled and rather highly stylized, having squat proportions, gazing forward with a vigilant expression under a richly carved mane and well articulated paws stretched upon a rectangular plinth base, surviving from the first quarter of twentieth century England, and with great similarities to the lions of the Peterborough Estate, Fulham, London.

The houses in the Peterborough Estate around New King’s Road, south of Eel Brook Common, have these rather squat little lion statues going up and down their gables and across their front in every conceivable position. There are over 1200 lions, and originally when the estate, built in 1899, was quite a bit bigger, there would have been even more, probably bringing the total to something like 2000. The lions, made of sandstone, were the trademark of the builder, Jimmy Nicholls, and when he placed an order for them, he accidentally put an extra 0 on the number so that, instead of ordering, say 250 lions , he ordered 2500, and found out his error only when the lions were delivered to him; he then had to consider how to use this vast quantity up.

His solution often startles people walking down these streets for the first time if they chance to look up and see all these little lions silhouetted against the sky. He was also able to use up some of his huge supply on another estate that he built in Barnes. This example is very similar and may well have been made by the same foundry.

An attractive decorators piece that could happily sit in or out, and not necessarily in Fulham!

The condition is very good with no losses or cracks. The piece has a lovely undisturbed patina to the surface, due to having been outside, and hasn’t been cleaned. There are no signs of restoration. There is a foundry mark under bearing the letter G within a cartouche.