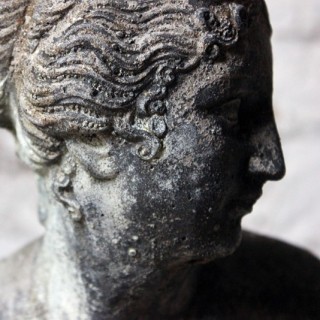 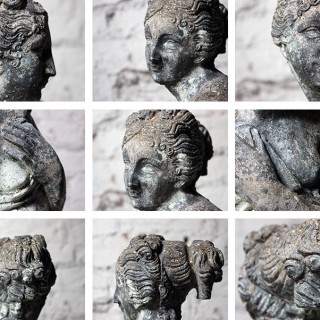 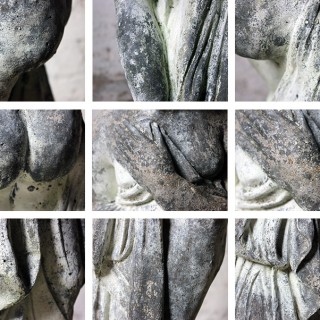 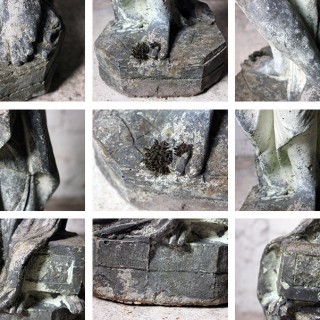 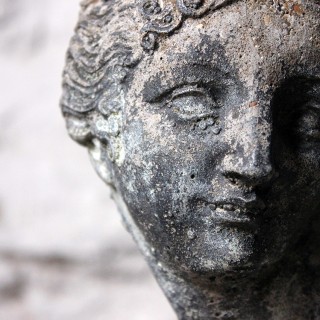 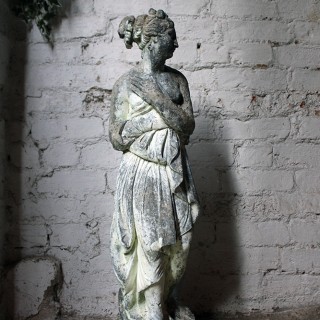 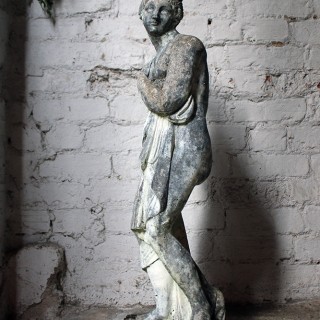 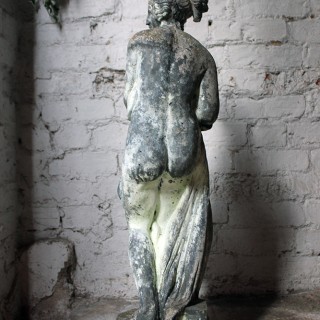 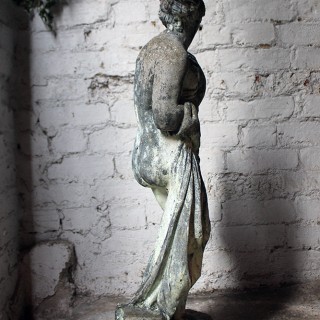 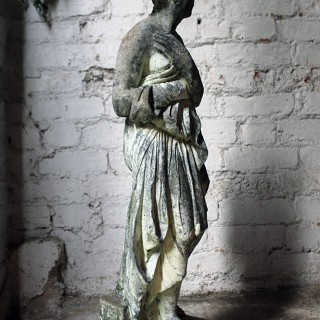 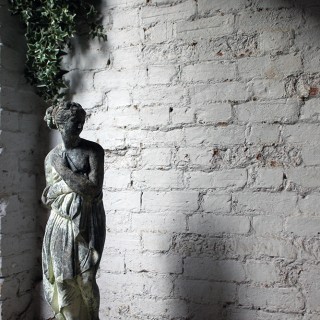 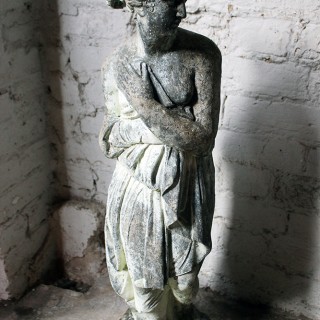 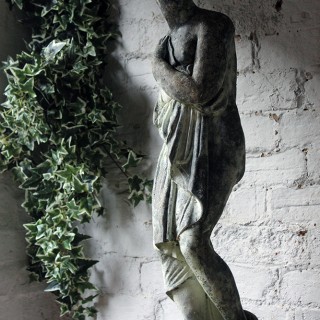 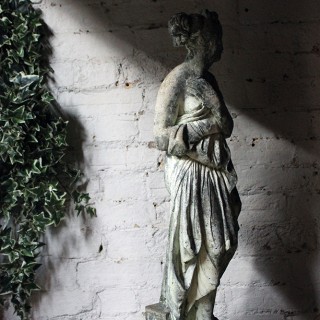 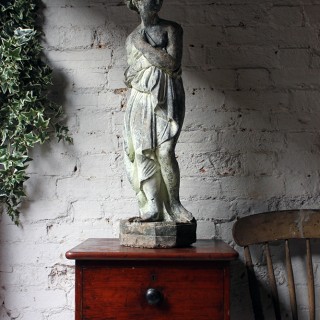 The decorative and attractive painted composition stone statue of the Capitoline Venus, in a contrapposto stance, the weight of the body shifted from the right leg to the left, depicting the goddess immediately before taking a bath, standing on an octagonal base by her toilette, the whole painted to imitate lead and surviving from Victorian period England.

It’s not that often at all that one sees period stone painted to imitate lead, and now, through time, it has taken on a beautifully natural and decorative tone with many parts of the paint worn through to the stone. It would have been painted in this way to imitate the more expensive and luxurious material of lead and the sharpness to the folds of the robe is particularly pleasing.
The Capitoline Venus is a type of statue of Venus, specifically one of several Venus Pudica (modest Venus) types of which several examples exist. The type ultimately derives from the Aphrodite of Cnidus. The Capitoline Venus and her variants are recognisable from the position of the arms—standing after a bath, Venus begins to cover her breasts with her right hand, and her groin with her left hand. The original of this type, from which the this copy derives, is thought to be a lost 3rd- or 2nd-century BCE variation on Praxiteles’ work from Asia Minor. The expert carving of the figure endows hard marble with the appearance of soft flesh and has made the Capitoline Venus one of the most admired and frequently copied of all Roman antiquities.

The original sculpture, of slightly larger than life size dimensions, was found near Basilica of San Vitale around 1666-1670. It is made of precious marble and represents Venus-Aphrodite nude and in contemplation, coming out of her bath.

As we see in our example she is depicted with her arms following the curving contours of her soft and fleshy small-boned body and covering her breasts. The right leg is forward and bent, and left is resting. The head is slightly tilted towards the left and the hairstyle is complicated with part of the hair being pulled up in the form of hoops, at the top of her head and tied to form a bow. The expression of the face seems rather absent, psychologically depicted by the small, languid eyes and the small, fleshy mouth.

A truly decorative piece, very much about colour and texture, that would happily sit either in or out and would be sure to gain admiring glances wherever she dwells.

The condition of the whole is pleasing with a good even spread of weathering commensurate with exposure to the elements giving her an evocative all round character and colour with a fair chunk of the faux lead paint now lacking. Structurally she is very sound and there are no repairs, losses or cracks with a few pitted holes here and there. She has been placed outside so there is some lichen deposits too serving for character but they could be removed.