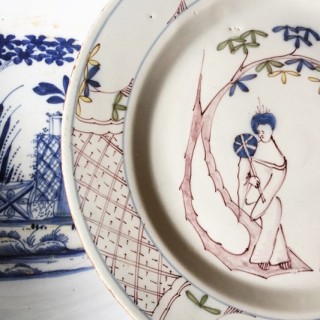 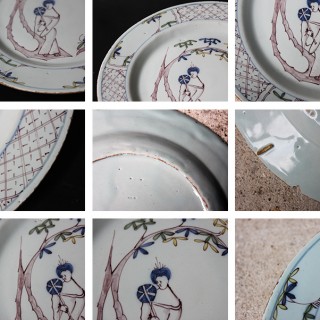 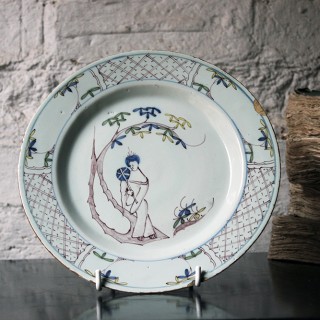 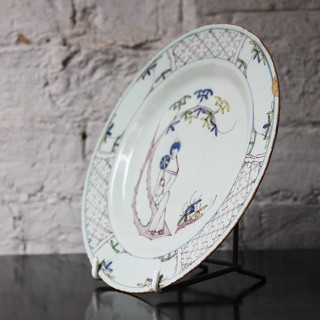 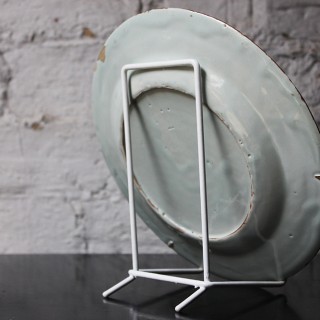 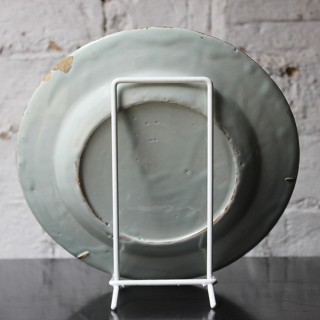 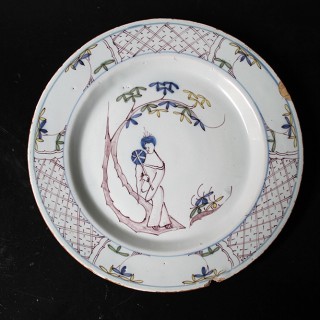 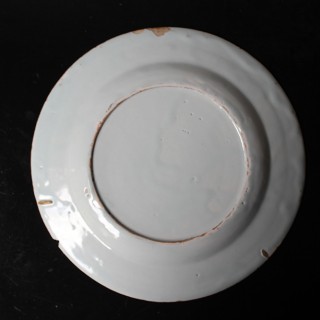 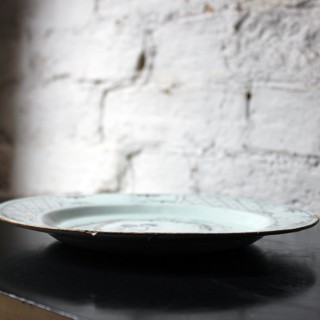 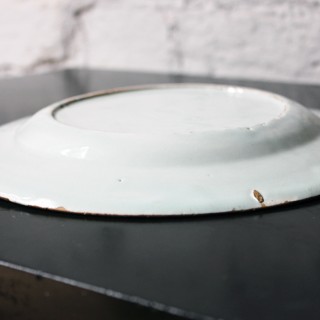 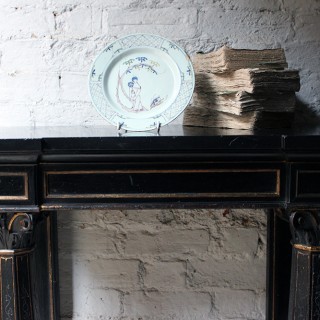 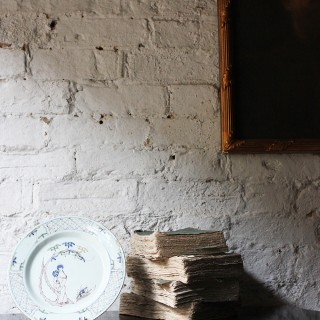 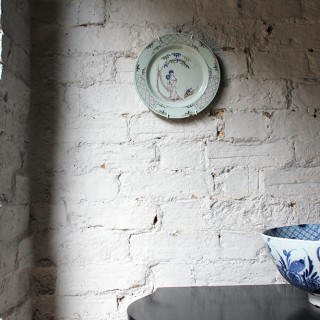 The English polychrome plate painted with a Chinese lady holding a fan under a bamboo tree with alternating panels of diaper and bamboo to be flange, surviving from George II period England.

Two potteries in the West Country date from the middle years of the seventeenth century, one at Brislington and the other in nearby Bristol in the area known as Temple Back. In 1683 Edward Ward of the Brislington pottery purchased property in Bristol in Temple Back and began making delftware. The pottery was probably originally started sometime between 1652 and 1656 by Robert Bennett and John Bissecke.

Tin-glazed earthenware is a low-fired pottery, which is relatively fragile. Most surviving pieces have damage to their rims, such as loss of glaze or chips, as they are not particularly durable. In Bristol and Lambeth from the mid-18th century there was the much-practiced technique imported from Italy, bianco sopra bianco (white-on-white). The object was covered in a tin-glaze tinted with a small amount of colouring oxide, with decoration over it in white tin-glaze.

For references there are three identical examples are illustrated by Michael Archer, Delftware, The Tin Glazed Earthenware of the British Isles, plates B.206-B.208 and additionally an identical plate is shown in “Delftware in The Fitzwilliam Museum”, Archer, 2013, p. 141, pl. B 92;”Fragments relating to it were found amongst kiln-waster from the Temple Back pottery in Bristol. Plates with comparable bamboo leaves on the border are dated 1739 and 1742 (Lipski & Archer. 1984, nos. 449 and 479).”

The plate has two chips to its rim which isn’t uncommon for this type of pottery. Elsewhere it is in nice unrestored and un-meddled with overall condition.