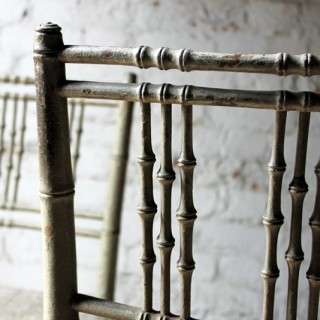 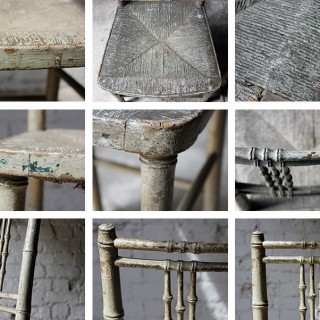 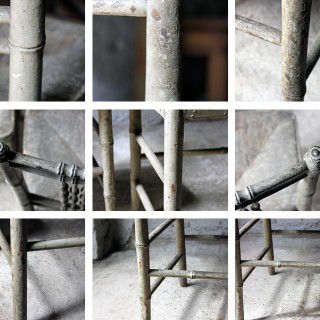 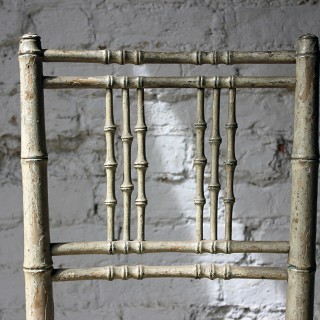 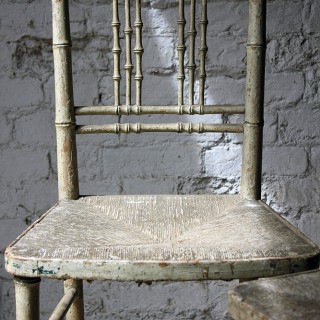 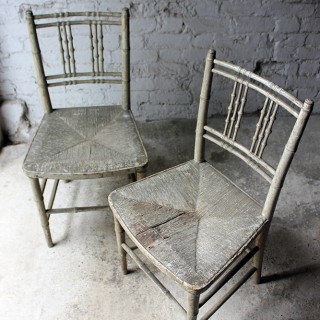 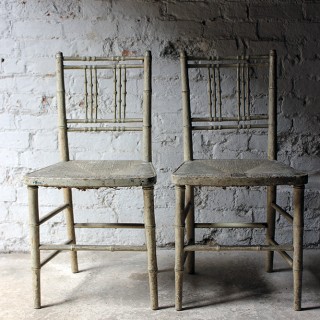 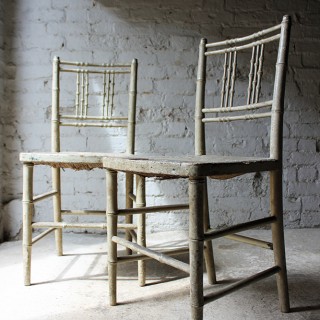 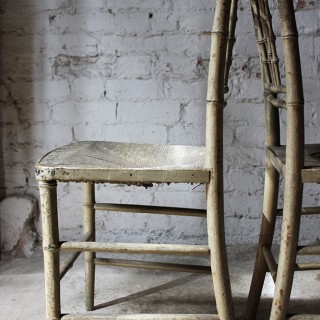 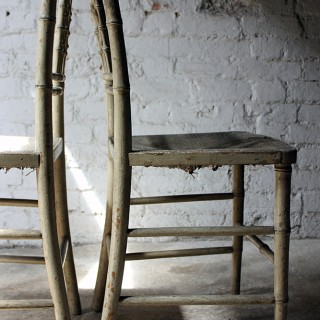 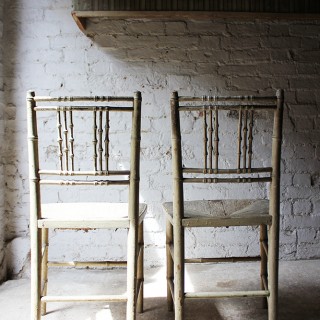 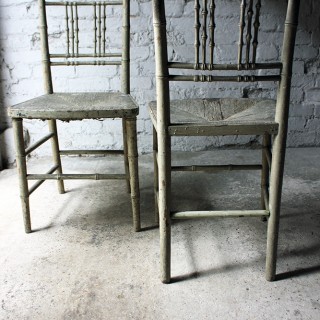 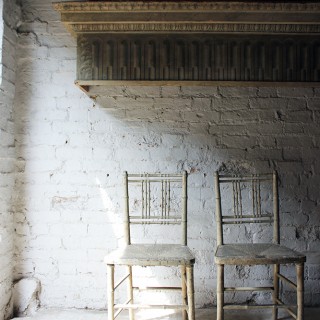 The influences on Regency design and taste were legion; from Sheraton’s neoclassicism, Henry Holland’s Anglo-French taste, the Greek revival of Thomas Hope, and the Chinoiserie favoured by the Prince Regent, to an interest in the Gothic, Old English and rustic. The Regency attitude to interior decoration often involved treating each room as a unit with individual furnishings and wall decorations in harmony of theme or colour scheme. The popularity of bamboo furniture particularly for bedrooms continued after the death of George IV.

Simple materials like beech simulating bamboo, as we see here, and lacquer were favoured rather than the ebony and ormolu that had been used at Carlton House for instance, which emphasized the gay informality of the ‘new taste’ rather than the stylish and rich pieces made earlier.

Both chairs show a consistent amount of wear to their original paintwork, the two layers being Georgian in period, with an all-over patination and as such prove beautifully decorative. We have left the paintwork well alone to each, and have given them a light wax. There is a square section of loss to one of the front seat sections to the painted rushwork seats. The undersides of the rush are a little tatty.