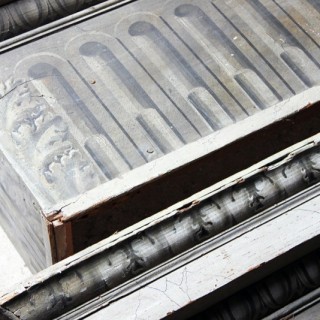 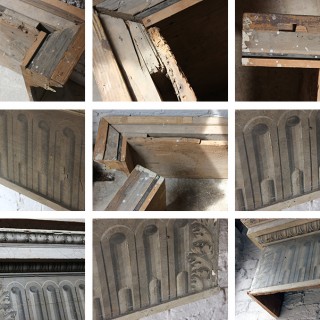 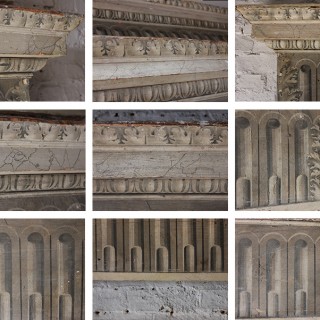 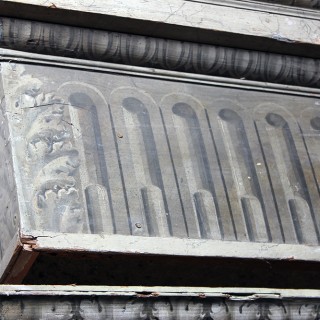 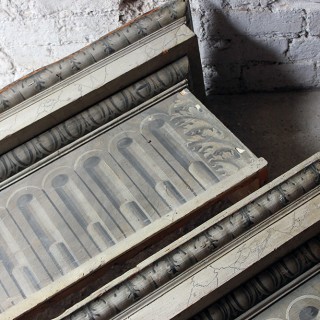 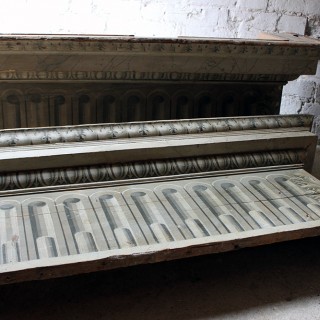 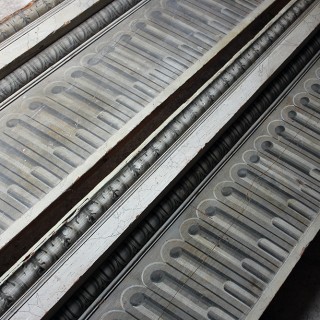 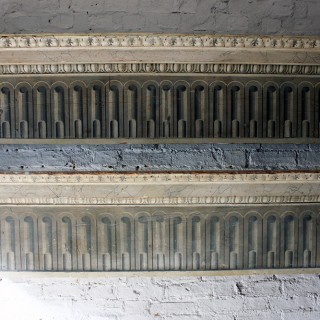 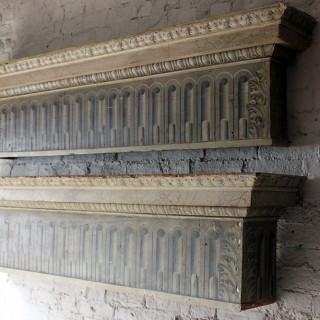 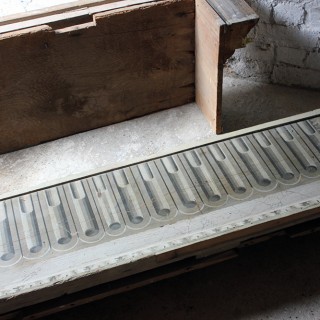 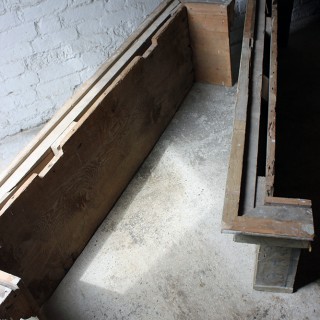 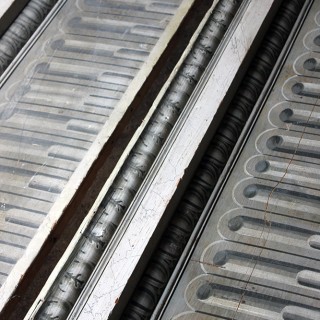 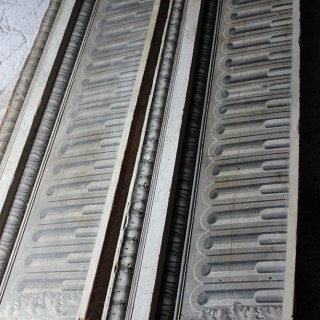 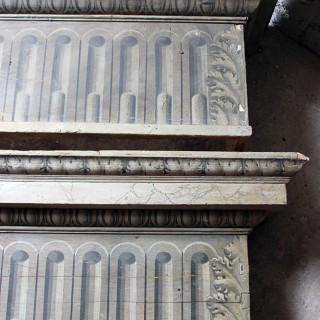 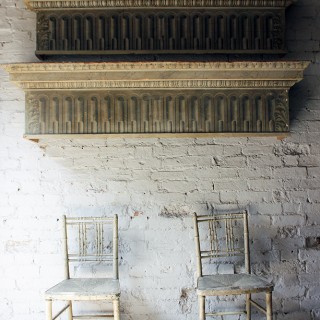 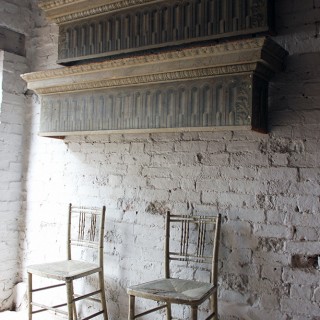 The attractive pair of George III period painted pine pelmets or overdoors having faux-marble trompe-l’oeil paint decoration to each, consisting of a central arcaded reserve with gadrooning and egg and dart decoration over, flanked by foliation, the cornice having further acanthus moulded decoration, surviving principally from George III period England and the last quarter of the eighteenth century.

The playful and intellectual nature of trompe l’oeil is the artistic ability to depict an object so exactly as to make it appear real. A heightened form of illusionism, the art of trompe l’oeil flourished from the Renaissance period with the discovery of perspective in fifteenth-century Italy and advancements in the science of optics in the seventeenth-century Netherlands enabled artists to render objects and spaces with eye-fooling exactitude. Both witty and serious, trompe l’oeil is a game artists play with spectators to raise questions about the nature of art and perception and these examples are no different.

By the 1780s it became fashionable for ‘French-rod’ curtains to have draperies or pelmets attached above the window to hide the workings, of which these boards would have been the facade for, and the operating cords often had tasselled ends. Drapery was the most fashionable type of curtaining in the Neo-classical period. It consisted of several pieces of fabric put together to give the appearance of one flowing piece. One or more swags would normally go at each end, with the joins disguised by trimming. Swags and tails often had contrasting lining such as crimson velvet against oyster silk. To soften the outlines of the window and diffuse the light, they were frequently combined with dress curtains instead of full working curtains. Irregular drapery, in which swags were attached at different heights, was also used at this time. In the 1790s, when these pelmets were crafted, Sheraton designed light, elegant curtains, caught back with rope tie-backs, ornamented with rosettes and topped with a cornice and valance which had been softened with the attachment of swags and mini-tails with these pieces being the perfect accompaniment.

Classic Georgian sentiment and design at its most piquant.

The overall condition of the pieces is rather chequered and they have had some alterations and there is some damage to them. They have possibly been reduced in size at some stage, and they appear to have a later paint surface on the side panels. The two have a difference in the depth measurement department and a very slight difference in height though the widths are the same. There is a hairline crack to one along the center and some other small hairlines elsewhere to each. There are old repairs and fortifications to the reverses and flanks and some very old worm, which is sporadic, and treated as a precaution. Primarily the pieces are Georgian though there are later additions where they have been altered to fit a different room setting, probably in the early twentieth century. Essentially, they still remain very attractive period pieces in their entirety.