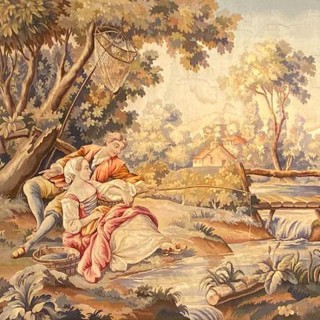 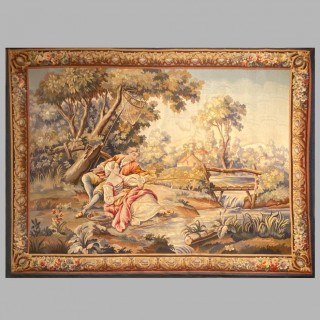 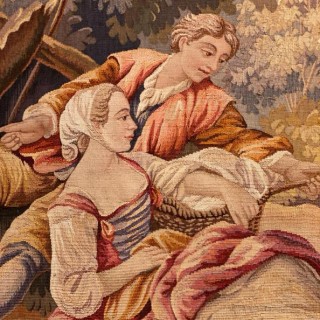 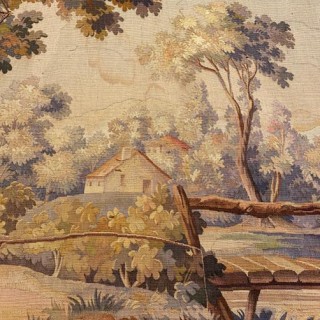 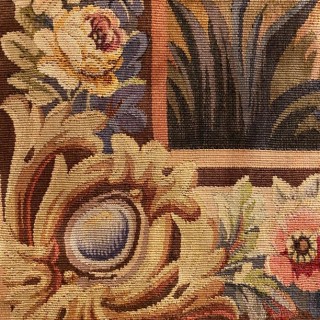 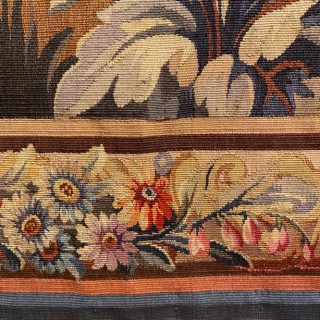 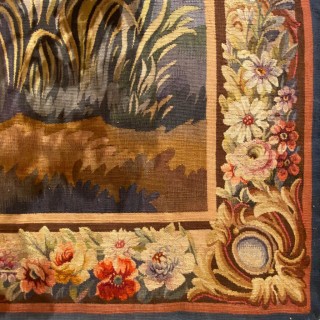 The tapestry depicts a pastoral scene of a young couple fishing by the side of a stream with a bridge and rural buildings in the middle distance.